Who is More Corrupt: Congress, the Justice Department, or Hillary Clinton? 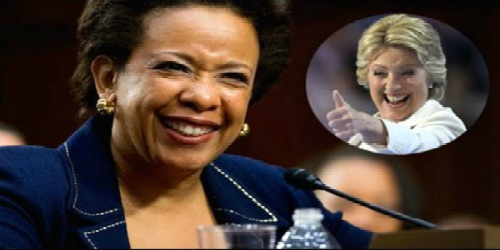 The United States of America has always prided itself on having the best law enforcement in the world until Obama became President and started covering up for the corrupt Clinton Family, the corrupt members of congress including Nancy Pelosi, Harry Reid and tax cheats Wrangle and Sharpton.

The President of the United States is suppose to set the example with his character, morals, ethics and Obama has failed to do any of this.

He allows the Head of the Justice Department, Loretta Lynch meet with former President Bill “The Rapist” Clinton to discuss grandchildren on the tarmac of an airport and had silenced the news media until a reporter caught wind and exposed this.  This was grounds to terminate the Attorney General immediately.

The Director of the US Justice Department is allowed to cover up for Crooked Hillary and does not allow the FBI and it’s agents to do their job 100% by putting pressure on them to BACK OFF OR BE FIRED.

Loretta Lynch is evidently stupid enough to believe that this will work…..however she cannot stop leaks from within to go public exposing her lies whereas this may backfire and she be indicted down the road for obstruction of justice for National Security.  Personally I would hate to the in Lynch’s shoes when she pissed off many FBI Agents who are doing their jobs in protecting America from Treason and selling of our national secrets due to greed and power from the crooked Clinton Crime Family.

Loretta Lynch should be fired immediately by Obama and indicted for using her position to protect Hillary Clinton.

Lynch fails to comprehend that with or without her the news will be made public regardless of what position she holds.  The Clintons have been corrupt most of their adult life and have always gotten away with this, while thousands of others that have been convicted for the same crimes have gone to jail.

The people are now tired of the Clintons and are demanding answers to questions on her actions with emails, their foundation and any and all activities they have been involved in concerning illegal activities in public or private use involving them.