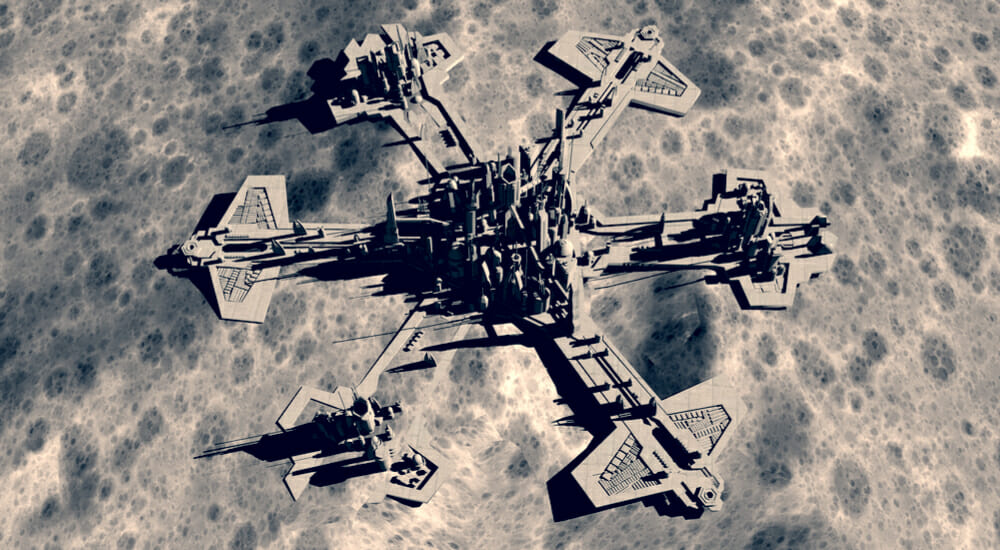 A coordinate for the Islamic Space Colony was discovered this morning by Sky Watcher News!

The coordinate was in plain sight all along. On all Islamic flags, it is the Star of the Crescent Moon and Star symbol! Sky Watcher News does a startling revelation! Click here!

Which now begs the question: Is this Islamic Space Colony Ancient or Modern? The answer now strongly leans to the Ancient, where centuries ago the Crescent Moon and Star – heralding green and white colors also from space (what the Bible class the Second Heaven) – is clearly explained in this landmark video!

The origins of the Crescent & Star are in fact Turkish from ancient times, pre-Islamic.

Opposing Christianity, the Turks believed in Shamanism and in the one supreme Sky God (Tanri) along side others gods like that of the Moon, when they roamed nomadically, on horseback in the steppes of Siberia & central Asia.

In the 10th century, the Turks accepted Islam on their own will and conquered the Middle East. Islamic Turks were part of the Khazarian empire… A syncretistic coalition with Jews and Christians, to soon be repeated in the Masonic one-world government.

So what is this Islamic space colony doing there? Is it a threat? How old could it be? One can only view today’s revelation to ponder and pontificate on implications.