How Conspiracy Theories Begin and Thrive 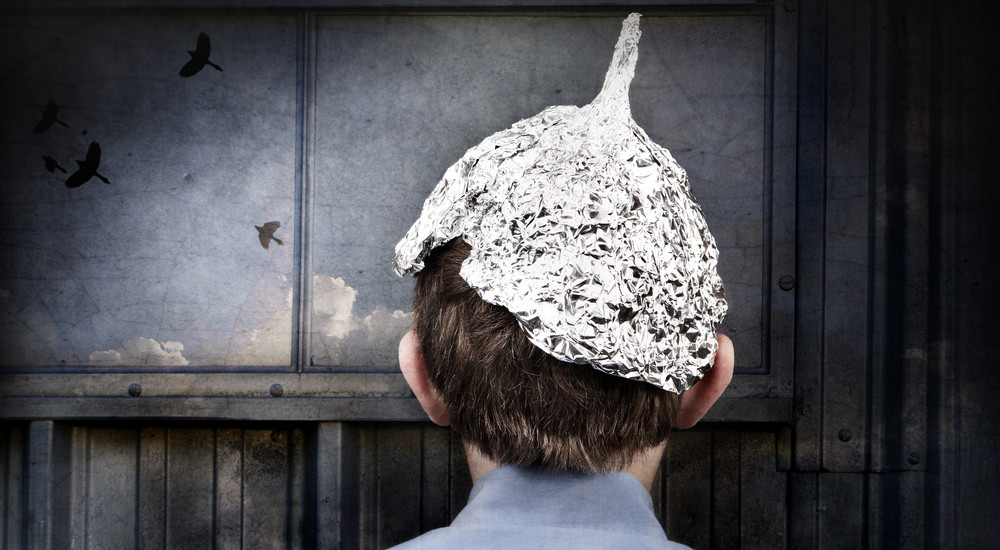 People want to believe certain things that conform with their viewpoint of how the world is , what is popular with their friends and substantiates what they can offer evidence for. Whenever a major event takes place such as 911 or Princess Diana’s car crash or JFK’s assassination people begin to conjecture about what happened, why it happened and who was behind it. It doesn’t matter what official reports or investigations are conducted there will always be things that are left out, incomplete and not totally explained. From these omissions, slights and in-completes comes the beginnings of a conspiracy theory. A conspiracy theory doesn’t completely explain the event either but it’s only intension is to cast doubt on the official explanation. It is posited as a search for truth but in reality it is a means of casting doubt and by implication assigning blame to an unnamed group of very clever manipulators who have a master plan of control and/or wealth accumulation that will result from the orchestration of the event. The benefactors never emerge as visible tyrants but are always hidden from view by their very secret conniving ways that are invisible to most but those seeking to uncover their organization, motives and methods.

To show how this works let’s take an example from the current 911 conspiracy theory. A person or persons convinced that starting a war has some vast monetary value for those smart enough to exploit the event will conclude that a plot was hatched by some powerful group or person ( usually an unpopular political leader or administration ). Then looking at the event ( such as 911) they find what appears to be incongruities. These incongruities must have an explanation as they do not fit the normally observed happenings and times may not perfectly match , protocols may have not been followed and observations of sites may not be exactly as has been seen from similar events. Witnesses may pop up that question what was seen. These witnesses usually acquire much greater credibility in the conspiracy advocates eyes that any official explanations. The grassy knoll and the observed other shots cast doubt on the shooting from the book building and the role of Oswald. The crater of flight 93 doesn’t match the usual crash site observed by those who have observed plane crash sites. From these kinds of observations and conclusions comes created doubts about the official explanation of the event.

You will notice that conspiracy theories have their own omissions and although they claim the full truth is their goal the anomalies that revolve around the explanations never reach full disclosure status. The people behind the JFK conspiracy have never been fully identified. The casting of doubt on the known players is all we have. And no matter how many reinvestigations are conducted (if any) the doubt remains in the mind of the true conspiracy advocate that the full story will never be told. A conspiracy advocate will never be satisfied that the full truth has come out. For if such an explanation was provided it would still be insufficient to explain some esoteric “fact” which would cast doubt on the new reinvestigation. There must be some perverse pleasure in pointing to an unexplained occurrence as proof that the overall presentation is flawed. As an example consider the plane crash site of flight 93. The contention by the conspiracy theorists is the site is not what you would expect at a crash site. There was too little debris, the debris was scattered over a very large area and from that there arises conclusions that maybe the plane really didn’t crash there and maybe it was all staged and maybe it was shot down. None of these conspiracy advocates focus on the fact that the plane crashed into the ground at a speed of 580 miles per hour. How many plane crash sites from a fully fueled commercial airliner going 580 miles per hour have been observed? Most plane crash sites are the result of a pilot trying to reduce the speed and attempting to make some sort of a belly landing that is survivable. This alternative is not offered since it would explain the “curious “ lack of debris and the widespread disbursement. When something is offered as an anomaly and more items can be added to the list the case becomes more and more believable as people conclude , “ How could so many unexplained things be left unresolved?”. Thus the conspiracy builds and grows and the followers expand and the goal of mistrust in the official explanation is spread.

To mistrust an official investigation requires the belief that several people are trying to mislead. For what purpose is usually sufficiently vague that it explains nothing. Ask yourself why a commission would come up with a report that would distort the truth. It is easy enough to catch an individual in a lie but a group? This is how interrogation is often successful. Some individual in the group breaks the groups trust and spills the beans. But to the conspiracy advocate the conspirators are all perfectly loyal and never break their code of honor. This is analogous to the notion that a building could be blown up by design with no witnesses of anyone planting explosives in a city where the population density is some of the highest in the world.

The central tenet of the believer in conspiracy theories is the belief that there are some people in the world that are very clever and very evil and cause the “common folk” to live with unexplained events that they have contrived and executed. The notion of fully knowing is the expressed desire but in reality such a position in their mind would destroy their vision of the world as they contend it is.

It is usually not necessary to fully know everything about an event. There are many details that are not necessary to have an understanding of the event. If one has the interest to investigate and offer proof of what “really “ happened then this is certainly possible and maybe even enlightening. But to posit theories that offer nothing except doubt has little value. A building may collapse in a manner familiar to a planned implosion but that does not mean that this is necessarily the cause. Conditions such as were experienced during 911 were not duplications of other events that had been observed under identical conditions. Many times a building is gone after a fire and only the adjoining buildings left standing. What was the role of harmonics? You see it is easy to cast doubt even on the ones casting doubt but this does not explain fully all the ramifications and details that can still be called into question.

Questioning is a way to obtain information but it can also be used to simply lead to doubt. The purpose of understanding is to put together as complete a picture as is possible given the resources available. The picture will necessarily be incomplete but it should be comprehensible. Inventing unprovable causes will not lead to the comprehensible but to simply a wondering of what really happened. The first thing to focus on is not the doubts created, but the explanations that are provided to turn the doubts into revelations. It is easy to read about testimonials of doubt which add up to nothing more than more doubt but evidence that cannot be discounted cannot be ignored. An explanation that a plane may not have crashed and the plane and the passengers are held somewhere to avoid detection has a lot of incredulousness to resolve. The issue of motive and the issue of non-detection also need full disclosure.

The pattern of conspiracy theories decries their veracity. They all begin and thrive by creating doubt with trivialities. They never evolve into a complete explanation and they are perpetuated by those willing to consider the possibility an investigation is so flawed that it really was designed to hide the facts. The criminals require that no one squeals regarding their activities because they could have their crime ring busted up. When the finger is pointed at an unpopular administration the model of the criminal mob is reinvented. The criminal mob has a common purpose to avoid detection. The unpopular administration does not has the propensity to risk of the criminal. Purposely starting a war when a period of peace and stability ensures reelection not only seems impractical but foolish. Yet such motives emerge from those trying to make their case that the fault of tragedy is directly the result of the current administration. And for those who don’t like the people who were elected, a conspiracy theory gives some solace that indeed all that is wrong is the fault of those they didn’t vote for.

There are much better explanations for the cause of events than conspiracy theorists can offer. It is the ideas that people hold that determine their actions. The ideas of the terrorists led them to plot and destroy a facet of Western Civilization which they have been taught for centuries is incompatible with their beliefs and salvation. The ideas of the conspiracy advocates lead them to attack and doubt anything they can that will give credibility to an unpopular administration. The ideas of those who buy into either camp are seeking an ideal that has a fundamental flaw. This flaw is a direct contradiction of reality and will lead to nothing. The fact that Hillary blamed the attacks on her husband on a vast right wing conspiracy tells you a lot about her method of thinking.