How to Decide Which Presidential Candidate to Support 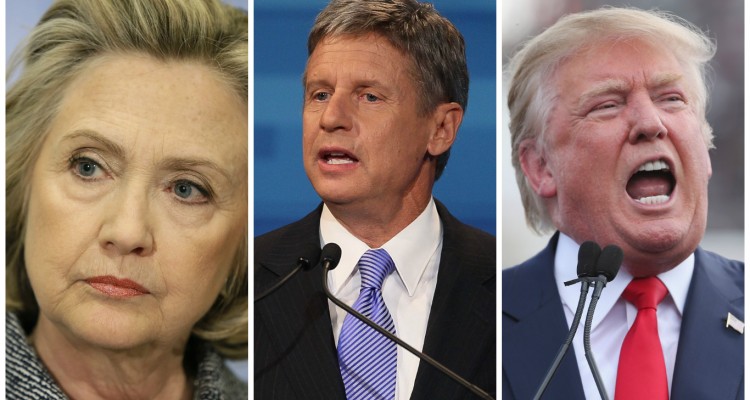 When it comes time to vote there are many aspects of a candidate that get attention from voters. A candidate may be attractive, articulate, charismatic, of the same race or religion, a close friend, of like mind and a multitude of other major and minor characteristics that fit with the voter’s idea of what he or she wants in a president. Since the polling place protects the privacy of the voter there is nothing to prevent poor decisions inside the voting booth. It becomes a matter of conscience.

Some people take the act of voting with a grain of salt , others study the candidates and take the issue very seriously. Others don’t bother to vote. All of the above are the results of decisions voters and non-voters make. A decision can be made in various ways but it has a structure and several components that can either add or subtract from the quality of the decision.

Of course good information is important. It is difficult to decide on an issue without pertinent facts. But what you do with those facts and how you process them is as important as the facts themselves. As an example consider having the facts about a potential investment. You may know the cost and the history of the investment but you don’t know for certain how it will perform in the future. Here you may simply take a chance, decide history will repeat itself, flip a coin or abstain because of fear.

The facts available don’t change but the decision may be very different depending on how a potential investor decides. The same is true when deciding on presidential candidates. To make a decision based on facts and a proper decision making process requires that you know how you make decisions, whether you are comfortable with your decision making process and what is driving your decisions i.e the premises you hold on what life is all about and how it should be.

How a person votes depends on these personal convictions ( or lack thereof ). If a candidate tells you they are ready to lead and you have no evidence to support their contention you can either accept the declaration or look at the sum of their other statements and decide if they are honest enough to trust. Since so many candidates are also Senators and have a very low rating with the American public you can probably expect to be disappointed if you simply take them at their word. Secondly if you believe the government can use the method of taking from some people to give to others that they favor is a fair way to run a country and you think there either is no other way or that you will only be on the receiving end or at least get more than you give, then a politician promising what he cannot deliver might appeal to you. If you begin to make the decision to support a candidate and he or she seems to match your view of what government should do then you need to be sure that you have a knowledge of what are the limitations of government, where excesses in government have brought collapse of a country and is the candidate aware of these dangers. Looking at today’s candidates do not expect any to address these concerns. This means making a decision to support a candidate requires determining who is the least likely to accelerate the demise of the country by attempting to limit the government in the arena of spending, currency debasement/inflation and regulation. For if the government is allowed to pursue these trends, the work of the American people ( investors and workers alike ) will only pay for a bloated government they cannot afford and will lower their standard of living while the bureaucrats confiscate and grind the engine of productivity to a painful halt.

Thinking about how to vote is every much as important than just voting. For if it is input from the constituency that is to be valuable and drive the country on the right track there must be a discriminating method that sifts out the phony promises politicians have come to be known for. Just giving power to a politician is not something to be taken lightly. For the power you grant to them is power over you and the more they gain the more you lose. History has shown there are a lot of people who have trusted politicians and lived to rue the day. The nature of the politician’s mind ( based on his/her wish for power ) is such that getting into office is of paramount importance and this drives his/her decision making process. What they intend to do when they get there needs to be completely understood by those who put them there. If there is no intention to slow the growth of government this only shows the drive for being elected has overridden the importance of understanding the nature of government, its limitations and ignoring the adverse consequences that unmanaged government produces.

There is still plenty of time to study and make an informed choice. Or like the investment that loses, one can simply not be bothered with making a good decision. That would be a very poor decision.