Conservatives Must Separate Trump the President from Trump the Man 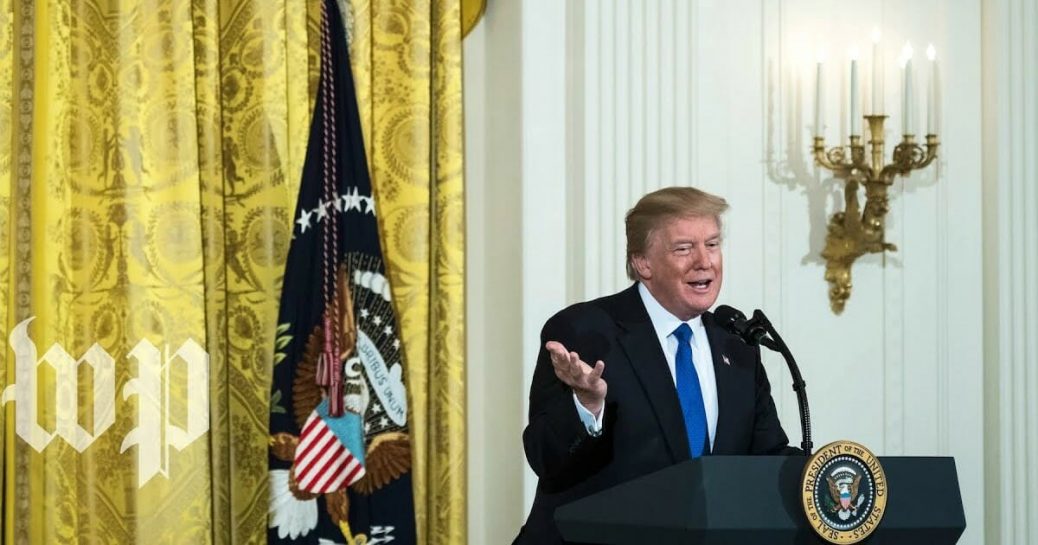 I have a disagreement with some conservatives. However, I choose not to name names due to my respect for them on so many other issues.

My disagreement is regarding the Trump presidency vs. Trump the man.

There is a story out there. Most of us have heard at least some of it – that Trump had paid off an adult film star, possibly with campaign funds, for an alleged affair Trump had in 2006. The payoff was meant to make his involvement with her go away. In other words – hush money.

Trump is accused of breaking two campaign finance laws by not reporting $130,000 of hush money paid to Stephanie Clifford, aka, Stormy Daniels – the aforementioned adult film star. One complaint was filed with The Federal Election Commission (FEC) and the other with the Justice Department.

No doubt Jeff Sessions will feel the need to recuse himself again and the left will demand another independent council. I don’t know this, but I won’t be surprised if it happens.

Although conservatives are saying “if” the payoff happened using campaign funds then Trump may be in trouble, the tone of some implies the clear guilt of the president. Their dislike of Trump personally has, in my opinion, clouded their judgment and reason. As if they want it to be true.

One such conservative, who appeared to be reading something as I listened to his broadcast, said that “the complaint was filed by the non-profit and non-partisan group Common Cause, which was founded in 1970 by Republican John Gardner.”

I assume that this is supposed to somehow legitimize the claim, but come on. Let’s do a little homework before presenting Common Cause as a legitimate source for anything.

First, Common Cause is as non-partisan as is Media Matters. Just check out their website.

And second, John Gardner is hardly a Republican, and demonstrably not a conservative. He worked as Secretary of Health, Education and Welfare for … wait for it…Lyndon Johnson. What sane Republican, much less conservative, would work for a radical left progressive tyrant like Johnson? Answer – none.

Of course, this doesn’t mean the claim isn’t true, but knowing the source should automatically call the claim into question.

Some conservatives are now asking whether it matters if he did this or not. The commentator stated that it appears that conservatives do not, as long as they have their guy in the Oval Office. And for some, who have become sycophantic followers of Trump, he’s right.

He went on to compare Trump to Bill Clinton. He said, and correctly so, that it mattered in the `90’s with Clinton. With Clinton, it was all about how character mattered. Now, he says, for many on the right it no longer does.

This is not a good comparison. It’s like comparing someone who used to drugs a decade ago with someone who just shot up an hour ago. No one has or is accusing Trump of this behavior presently.

I’d like to say that we should let the process play out and if it has any validity, it should be investigated. But by whom? Who could be trusted to do the investigation?

But this latest “legal” issue is not my point. My point is whether some conservatives will ever be able to separate Trump the man from Trump the President. Thus far, at least for some, the answer is no.

I’ve stated before that I don’t care for Trump personally. I don’t know the man, but I don’t like to hear him speak, I don’t like his mannerisms, his combative tone, his incessant tweeting. He just doesn’t strike me as being a good guy. He may be, but I don’t see it publically.

However, none of this should matter. He is the President and that is that. The policy that springs forth from his administration is what matters. And so far the policy has been pretty darn good.

If Trump is proved to have broken the law, he should be held to account. But for conservatives to lend credence to any old claim because they don’t like the man is, at the very least, unfair. And it’s exactly what we accuse the left of doing.