Conservative Senator Fights to Keep Women Out of the Draft 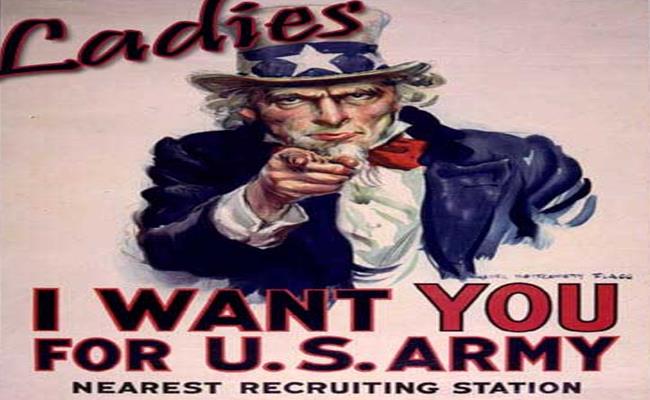 Conservative Utah Senator Mike Lee (R-UT) should be praised. He and a few lonely other political leaders in Washington, D.C. are fighting back against the establishment’s (in both parties) efforts to force America’s girls to register for selective service (or the draft). Allowing our women to serve as soldiers in the military is one thing, forcing them to serve is a whole new and disturbing ballgame. To say nothing of the fact that the military draft in and of itself is unconstitutional – the 13th Amendment to the Constitution reads:

Neither slavery nor involuntary servitude, except as a punishment for crime whereof the party shall have been duly convicted, shall exist within the United States, or any place subject to their jurisdiction.

Thankfully, there are a few in Congress fighting to defend the Constitution and our nation’s women. Senator Mike Lee is one of those brave souls.

“It’s one thing for women who want to be in combat and have earned it to do that, but forcing women to fight is a totally different matter…

This has nothing to do with opportunities for women in the military. This has to do with whether we should put women in a position where they are forced to register for the Selective Service, and when you are doing that, you are submitting them to a future draft. That’s a totally different question and that’s a question that has yet to be adequately studied or considered by Congress in a manner I think it deserves. My amendment preserves choices that women currently have—choices that would be taken away if the language in the base bill were to become law.”

Forcing women to register for the draft is immoral, unconstitutional, and simply unconscionable.