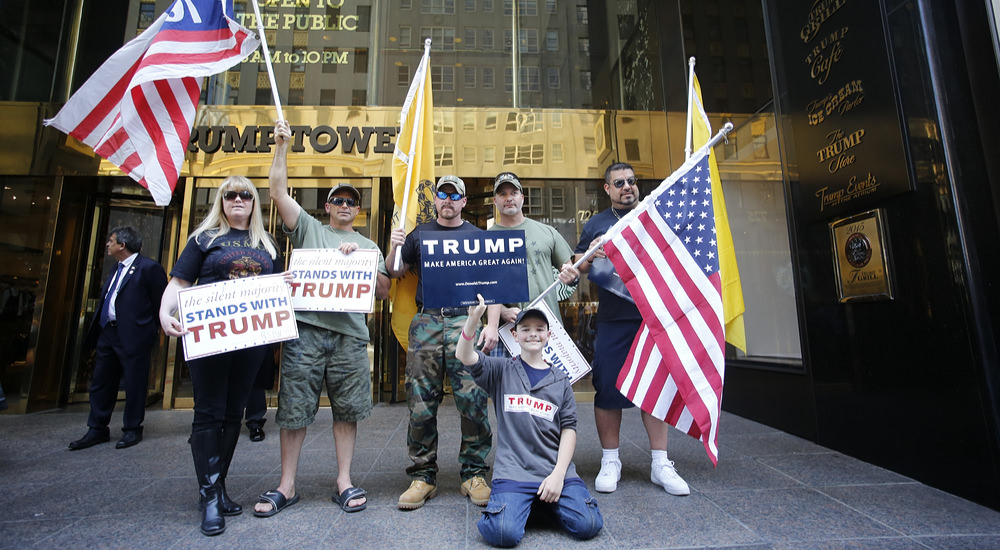 The following is an appeal written by Conservative Party USA’s Chief Political Officer H. Michael Hervey to the American people.

The Conservative Party is puzzled by all the faux outrage expressed by Democrats, the media and certain Republicans about the intemperate comments Trump made 11 years ago about a woman. Granted, those boastful locker room comments/actions (if true) are inexcusable for anyone, let alone a man running for President.

However, we Conservatives must catch our collective breaths and apply some basic logic to this situation. Of course standard-issue French Republicans will cower in fear in this crisis like they always do when the chips are down. Nothing new there.  But CP-USA can lead the way by explaining how Trump’s comments are diminutive when compared to the monumental and numerous indiscretions of Bill and Hillary Clinton. Lending some historic and moral perspective into the body politic is rather important at this time.

Donald Trump should simply say that, based on his crude comments about that one woman, Democrats and the media should now love and adore him just like they do Bill Clinton. And Trump has a good case.

Trump was a private citizen 11 years ago when he made those comments and was not running for President. Bill Clinton, however, actually was the Governor of Arkansas when he had an affair with Jennifer Flowers and sexually exposed himself to Paula Jones. Since Democrats still love Bill Clinton in spite of those sordid acts, they have no reason (or right) to be upset with Trump.

Since the media and feminist groups shielded and protected Bill Clinton for those transgressions, they should do the same for Trump now. Liberals always say “Hate the sin, love the sinner.” That means they should also love Donald now just like they do Bill. Right?

Hillary only wishes Bill had restricted himself as President the way Trump did as a private citizen. The idea that Hillary (who enabled Bill at every turn) and the media (who shielded Bill for years) are now “shocked” by Trump’s remarks is absurd in the extreme.

Those media types and Democrats who say that Trump’s remarks 11 years ago have disqualified him from being President are “special stupid”.  They turned a blind eye to Bill criminal actions and actually voted for him twice. Bill had to pay a $850,000 fine, got Impeached and lost his law license because he IS a serial abuser of women. None of that ever happened to Trump. Liberals, feminists and Democrats still love Bill in spite of what he did so they should love Donald, too. Right?

CP-USA urges conservative Republicans (both of them), Tea Party activists and Trump supporters to stay the course because the Supreme Court and America’s borders hang in the balance. Give the Trump Administration the chance to put Ted Cruz and other true Conservatives on the Court. Imagine giving Bill and Hillary the chance to pack Court with liberal judges!!  America would be lost for generations.

Character and judgment are critical issues that are actually more important than immigration or the national debt or foreign policy or the Budget. Bill and Hillary Clinton have shown a decided lack of those important traits for the past 35 years. Rapes, Benghazi, emails, sexual assaults and hanging around with pedophiles are just the tip of the iceberg. Billary Clinton must not be allowed back in the White House.

Limp-wristed Republicans (most of them) need to show some backbone and political mettle for a change. Silly remarks made 11 years ago are no reason to abandon your party’s nominee considering what’s at stake. The GOP needs to cowboy up. Fast.