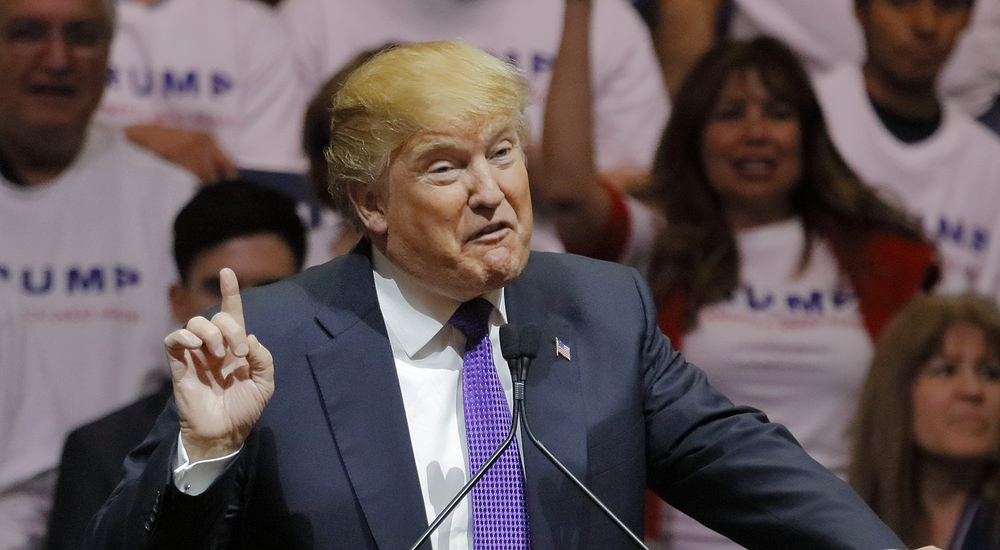 The Never-Trumpers, of course, are those rock-solid conservatives, mostly Ted Cruz supporters, who will NOT vote for that evil, buffoonish charlatan Donald Trump (yes, some truly consider him — and his family — evil).  As you will be constantly reminded, Never-Trumpers stand on principle and will not vote for the lesser of two evils.

Principle or self-satisfied posturing?  Check them out for yourself.  This is not a unified national movement, but Never Trumper’s keep popping up, like mosquito bites, on social media, talk radio and around the water cooler, droning on incessantly about how they alone will vote their convictions this November. Oh, and before I forget, Ted Cruz’s ‘Vote Your Conscience’ speech at the Republican Convention was the greatest oratorical exercise since the Gettysburg Address.  He didn’t care that the Trumpsters booed him, because he was sticking it to the new GOP establishment.  Woo-wooo!

Don’t waste your breath telling them that  not voting for Trump is a vote for Hillary.  Their response?  “I’m not voting for Hillary, either, so isn’t that the same as a vote for Trump?”  There is a certain logic to that, and if you hold your head just right and squint, you can see it.  But the fact remains, in a two-party system, the winner is, by design, one or the other.  ‘None-of-the-above’ will not win.  Neither will any of the various minor-party candidates, despite the child-like belief of some some that, if you just stand on principle, anything can happen.

Some Never Trumper’s are slightly more realistic.  They have conceded that Hillary will win decisively, screw up the country and clear the way for Cruz in 2020.  Their new slogan reads, ‘My Vision is 2020.’  That is either hopelessly naive or diabolical.  Eight years of Barack Obama did not send voters swarming in droves begging Cruz to save the republic.  What makes them think that four years of Hillary, who would run in 2020 with all the advantages of incumbency, would grease the skids for Cruz?

We’re talking a death wish here in actively rooting for a Hillary win so that Cruz can emerge next time.  They argue that there is no difference between Trump and Hillary.  Donald Trump has released a list of his possible Supreme Court appointees, all Originalists (see ‘The Hill,’ May 18:  Trump Soothes the Right With his List of Supreme Court Picks).  He has picked for vice-president someone who is so predictably far to the right as to be utterly dull (but not ineffective), so any conservative can reasonably count on getting some of what they want with a President Trump, as opposed to a near-guarantee of of getting NONE of what they want with a President Clinton II.

Do the NT’s hate Donald Trump more than they love their country?  No, they will just NOT accept the lesser of two evils, because they are (in case you didn’t hear it the first 500 times) voting their convictions!  By the same logic, those who actively support Trump must, therefore, be LESS principled, selling out everything they believe to a con man.  NT’s, like the most sanctimonious, entitlement-promoting liberals who worship at the shrine of FDR, are so sure of themselves they could leave William F. Buckley questioning his own conservative creds.

Being right, however, does not make you likeable (and vice-versa).  Certainly a number of Trump-supporting Constitutional conservatives — and they’ll never admit it– roll their eyes and want to smack those Cruz supporter who prattle on about their reverence for the Constitution (figuratively speaking — no one is advocating physical violence).  In other words, no one who upholds the Constitution  can support Trump.  The Trump-sters may be ignorant of the document’s finer points, but they can define condescending.

Trump and his supporters may or may not be wrong.  That doesn’t mean they have no principles.  Cruz and his NT’s may be ideologically sound, but they are politically tone deaf.  Solid principles, divorced from a razor-sharp marketing strategy, can be meaningless — no, it isn’t fair, but the person who is right doesn’t necessarily win.  Donald Trump struck a chord with more than enough voters, while Ted Cruz struggled to find one dominating theme.  In Trump, voters see a doer, someone who has actually created wealth and opportunity as opposed to just discussing capitalism’s principles in a think tank white paper.

A popular Facebook meme show a crowd of citizens with their arms raised (presumably) saluting Hitler.  One man in the middle stands with his arms at his side.  The caption reads, “Be this man.”  Everyone likes to think of himself as that person, and everyone with whom he disagrees is part of the Nazi crowd.  Life is more complex — we all have our own biases and worldviews.  Differences in opinion do not always imply an epic showdown of Hitler-versus-Mother Teresa proportions.  Ted Cruz may well enjoy a bright future in politics, but if I hope that day comes in 2024 and not 2020, don’t lump me in with the Nazi goose-steppers.  And try a little less smugness with your high principles.  It’ll take you a lot further.