Conservative Media Still Divided on Trump and Still Beating Up on their Own! 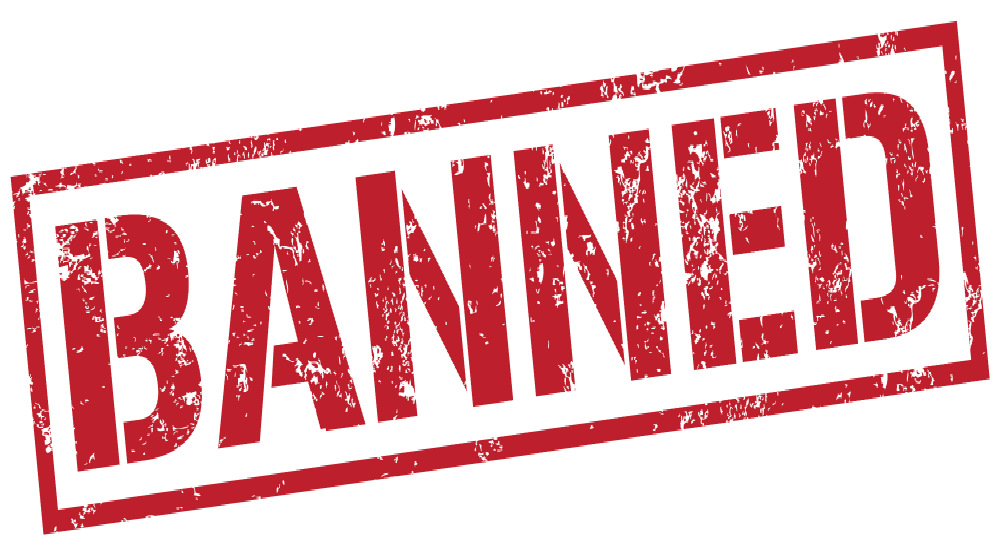 Right Scoop. Petty. Just plain petty. Long before the final primaries, well before the debates were concluded Scoop’s animus toward Trump and all things Breitbart was obvious. Long after Donald Trump was named the presidential presumptive nominee of the Republican Party, Scoop continues to wage war on the voters’ choice. To date not a single Scoop article has favored Trump, not a single one. Not only are the articles non-complimentary, they are often sarcastic and just plain mean spirited. Which is really sad because Galtline considered Right Scoop home, one of several homes, but home nonetheless: for its conservatism, its defense of the Constitution, and its fair mindedness. No more.

Galtline was recently banned from commenting on Right Scoop, not sure exactly when. It was sometime after he chided Right Scoop for its, “long train of abuses and usurpations, pursuing invariably the same Object,” the utter demise of Trump and Trumpsters alike, that “evinces a design to reduce them under absolute Despotism.” It was sometime after that chiding the dreaded hammer fell.

The article in question: Absurd: Rush Limbaugh PRAISES Trump’s scumbag presser attacking Cruz dad and wife!! To which Galtline replied regarding Right Scoop’s unending, unrelenting attack articles, “Right Scoop really needs to get over their loss, shut down the wake, and regain some creds before November.” Others came to Right Scoop’s defense. They argued Galtline should engage them in their irrelevant, moot, and water way, way, way under the bridge arguments, addressing why Trump and his voters should be dumped. To which Galtline on one occasion replied, “It really is over. You are all living in the past.” And when someone by what he fangled to be extreme coercion demanded yet another unearthing of those same ol’ same ol’ dead and buried issues Galtline remained loyal to his original statement, “I refuse. Deal with that past also.” 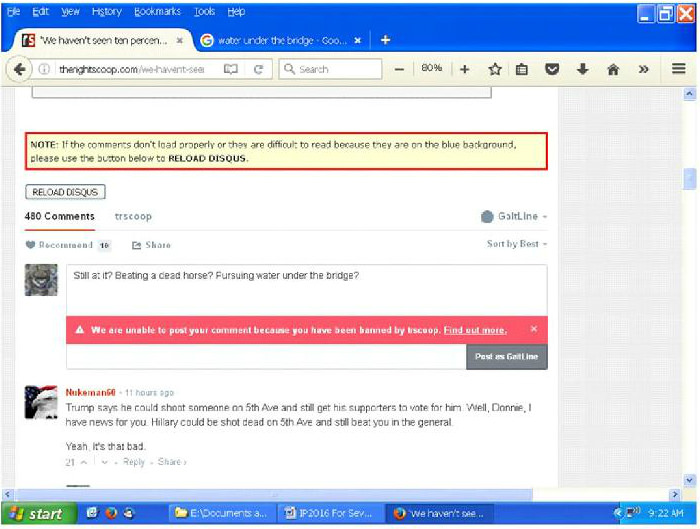 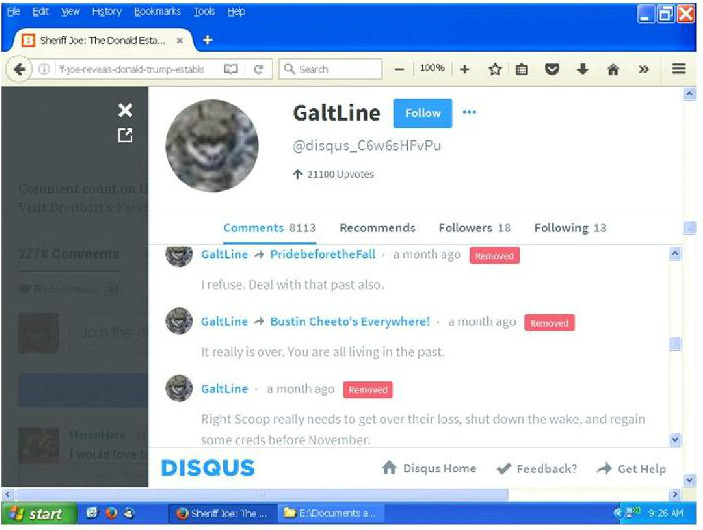 Galtline’s comments were not offensive, vulgar, or in any way personal attacks meant to rip the heart out of those he disagreed with. They were simply a meager attempt to drive home a massive truth: the primaries and convention are over. The primaries and convention really are over, done with. The voters the candidates did their best to persuade to vote for them presumably followed through and cast their deciding votes, good, bad, or indifferent. The delegates at the Republican Party convention rightly followed the rules to align with the will of the states and individual voters.

Peter Arnett comes to mind: born in New Zealand, a naturalized American citizen. He was captured in Iraq during the Gulf War. Upon gaining his freedom his country asked him to tell what he knew of a national security nature about Iraq’s current state. Arnett refused. Said he considered himself a citizen of the world, not beholden to any one country. A Senator called for him to be tried for treason. Our first President might have wiped his hands clean by sunrise. Bush 41, not so much. Arnett’s refusal to talk might have been a first signal our nation’s media secretly harbored a yearning for open borders/globalism.

Though the selection of a Republican candidate for President is over, the one salient issue of this campaign season remains: Open Borders. Or as some term it: globalism. Mark Levin on his radio show a couple weeks or more ago diminished globalism as a threat to our nation. He might have been limiting its scope to corporate interests, free trade issues, and the like. But globalism is one of man’s most ancient of enemies, whose face is Nimrod. God’s response: a confusion of tongues, a huge roadblock that favored the rise of tribalism and nationalism. Nimrod’s counter move today: the push for open borders plus the audacious claim there is a right to vote, both harbingers of the demise of national and individual sovereignty.

Right Scoop, the Constitution is not the Left’s target, though it is suffering collateral damage. The Left: The Open Borders Gang of Islamists, LGBTQ, Global Warmers, and BLM/Occupy make too much use of the Constitution for their own good; make too much hay of the Constitution for their own benefit to insist on its demise, total or otherwise. When Scoop claims they are defending the Constitution by attacking Trump they draw a battle line facing their fellow Americans, including some of their fellow Conservatives, who are staring down the real enemy they have unapologetically named: Open Borders, Unvetted Legal Immigrants, Illegal Immigrants of all stripes, and Radical Islamic Terrorists. In other words Scoop shouting “Constitution, Constitution, Constitution,” while denigrating Trump and his supporters who are facing down the real enemy of Open Borders ultimately promotes a Hillary win in November.

That brings to mind the announcement of Phyllis Schlafly’s latest book, soon to be released: The Conservative Case for Trump.” Scoop discounts, ignores, and disparages great conservatives that speak anything whatsoever good about Donald Trump, including Phyllis Schlafly. Including Jeff Sessions, James Dobson, Newt Gingrich, Jerry Falwell, Jr., even Ted Cruz after he finally relented and admitted he will have no other choice but to vote for Trump.

But as one of the most famous philosophers of our die (day) has phrased it, “Stupid is as stupid does.” When Jesus rode victoriously into Jerusalem as the King of Israel on the back of a young stubborn donkey the text says those celebrating his arrival, “came up to the feast, much people.” The insiders, the inhabitants of Jerusalem, the status quo did not celebrate. In fact some of them immediately took up the art of scheming. Trump the Messiah? Perhaps a Carl Jung or Joseph Campbell can make sense of that one. (That’s reference to another Galtline comment Scoop took offense at, “Removed.”)

The joyous revelers were not defenders of Jerusalem. Unlike Scoop they were travelers, some from great distances, some from lands quite devoid of the Constitution, yet chocked full of common sense. They arrived, continue to arrive to the place of concourse and decision making, where leaders are made, where leaders are broken.