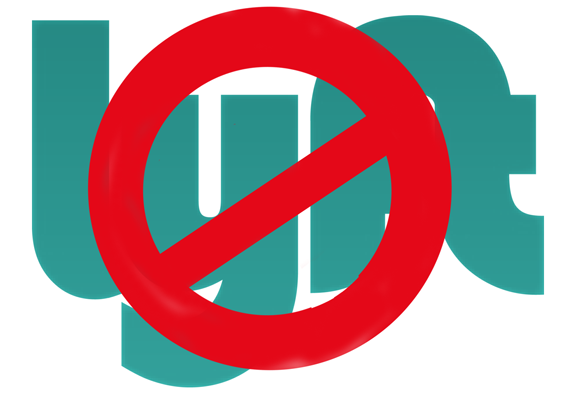 In spite of the fact that every president since Bush 41 (and a few before) has issued an executive order affecting immigration, reaction to President Trump’s recent order has been at the head-exploding levels normally associated only with unprecedented actions. Much of response isn’t as much to the order itself as it is to the fact that it came from President Trump. A number of business executives jumped on the anti-Trump train which has triggered opposition to the opposition to the President’s order.

The most fervent response has been to an email sent by the founders of the taxi-alternative company Lyft. That email stated, “We created Lyft to be a model for the type of community we want our world to be: diverse, inclusive, and safe.

This weekend, Trump closed the country’s borders to refugees, immigrants, and even documented residents from around the world based on their country of origin. Banning people of a particular faith or creed, race or identity, sexuality or ethnicity, from entering the U.S. is antithetical to both Lyft’s and our nation’s core values. We stand firmly against these actions, and will not be silent on issues that threaten the values of our community.

We know this directly impacts many of our community members, their families, and friends. We stand with you, and are donating $1,000,000 over the next four years to the ACLU to defend our constitution. We ask that you continue to be there for each other – and together, continue proving the power of community.

The email has been posted numerous times on social media, along with statements that the person posting had deleted his or her Lyft app and would no longer be using the ride service. Those posts brought about debate over the appropriateness of the Lyft email and the appropriateness of decisions to discontinue use of Lyft’s services.

Predictably, the debate broke along partisan lines, and largely ignored the core issues, which revolve around freedom of speech. The Lyft co-founders have every right to express their opinions and intended actions regarding immigration or any other issues.

Similarly, Lyft customers have every right to discontinue doing business with Lyft or any other company that expresses values and opinions with which they disagree.

Freedom of speech is a precious right and must be protected whether one agrees or disagrees with the speaker. However, speakers must accept that responsibility and consequence are integral components of the freedom to speak. You have a responsibility not to yell “fire” when there is none, and must expect the consequences of doing so.

Although it may seem childish and petty to cease doing business with a company because of statements made by its executives, such a practice has a sound basis. By continuing to patronize such a company, you are in fact helping to fund a cause that you are against. In a sense, you’re making a donation to that cause; your purchase results in a sale that creates profit, which in turn financially supports the company’s spokespersons.

Unfortunately, too many people confuse a desire to avoid contributing to a cause with an effort to suppress a speaker. Refusing to do business with a company that espouses to which you’re opposed does not interfere with the freedom to speak, it simply takes away some financial support. Business executives are slowly learning that just as there are consequences to making false claims that potentially put people’s lives in danger, there are  consequences to publicly stating personal political opinions.

Freedom of speech isn’t limited to protesting, it also includes the freedom to protest a protest.