Congress shall make no law….. 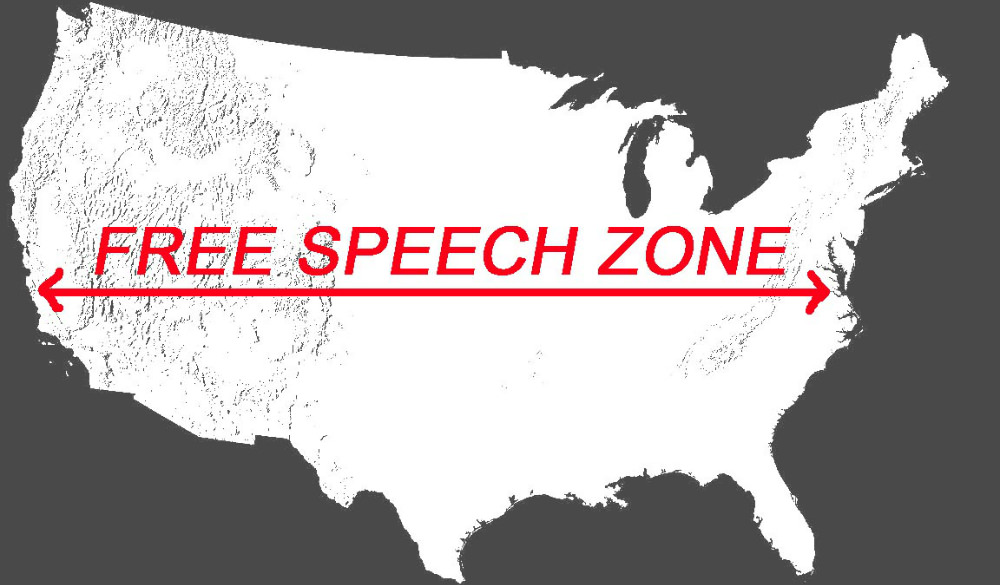 Amendment I. Congress shall make no law respecting an establishment of religion, or prohibiting the free exercise thereof; or abridging the freedom of speech, or of the press; or the right of the people peaceably to assemble, and to petition the government for a redress of grievances.

The first Amendment to the Constitution protects several basic liberties — freedom of religion, speech, press, petition, and assembly. Many have argued in courts from state district courts all the way to the Supreme Court, what the limits to these are. We can find that the First Amendment guarantees freedom of religion in two clauses — the “establishment” clause, which prohibits the government from establishing an official church, and the “free exercise” clause that allows people to worship as they please. The government can not limit, outlaw, or hold accountable to anyone for their beliefs. Thomas Jefferson brought to the forefront the words, “separation of church and state”, which does not appear in the First Amendment, nor is it found anywhere else in the Constitution.

When it comes to Freedom of Speech, it only guarantees freedom according to the Supreme court if it passes the “clear and present danger” test which is a basic principle for deciding the limits of free speech. It was set by the famous Schenck v. the United States case from World War I. Antiwar activist Charles Schenck was arrested for sending leaflets to prospective army draftees encouraging them to ignore their draft notices. The United States claimed that Schenck threatened national security, and the justices agreed. The principle was established that free speech would not be protected if an individual were a “clear and present danger” to United States security. In the world of many things changing and people’s beliefs in speaking their mind in different areas have provided much confusion, so the Court has divided speech into three categories. What is free speech? The definition is not easy, and the courts have identified three types of free speech, each protected at a different level:

While many have heated discussions concerning the Press, and what they may or may not offer as speech, many of the same principles that apply to freedom of speech apply to the press, but one with special meaning for the press is prior restraint. The courts have ruled that the government may not censor information before it is written and published, except in the most extreme cases of national security.

While so many have the idea that freedom of assembly includes, but not limited to violence, disruption, and blockades, none of these have been upheld. One must keep in mind that it is the guarantee of “peaceful assembly” and not any type of assembly. Freedom of assembly has to be balanced with other people’s rights if it disrupts public order, traffic flow, freedom to go about normal business or peace and quiet. Usually, a group must apply for a permit, but a government must grant a permit provided that officials have the means to prevent major disruptions.

An individual with every new President and cabinet, as well as a huge turnover of Congress, must avail themselves to the constitution, and the guarantees that it pertains to. For over 100 years after the ratification of the Constitution, the First Amendment protected these freedoms only in theory. As individuals in the 20th century have challenged the government in the courts when they believed their rights were assaulted, the First Amendment has taken on a stronger meaning. It remains the single most powerful instrument for protecting the sacred freedoms of religion, speech, press, assembly, and petition for modern Americans.

Americans today, with the assembly of protesters, the minor violence, and the planned protests in the coming days must be cognizant of the 1st Amendment and what they are guaranteed…