Congress is Betraying You! 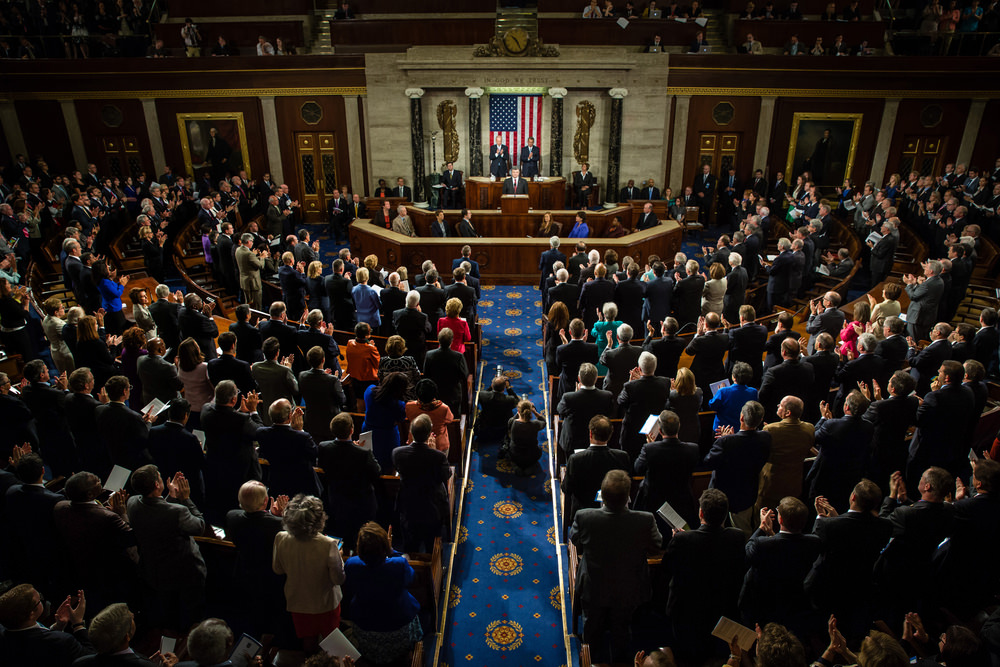 Several times in the past 18 months this author has strongly denounced the Republican Members of Congress, for their inexplicable complacency, their inexcusable inaction and their deplorable silence, in utter disregard for the dire emergencies, dangers and growing dictatorship of President Barack Obama. In callous non-response to who the evidence shows and history will document, the worst President by far in all of American history, who has damaged these United States in his eight year “reign of terror” far more than any American who ever lived, our Congress, like Mr. Obama, has as a collective body violated their duty and responsibility under the law and our Constitution to an extent never seen or imagined in our 227 years as a Republic.

As President Obama escalated his abuses of his office beginning in 2012 and accelerated his destructive pace far beyond the incalculable damage done to America during his first term, Mr. Obama also spurred vociferous opposition into high gear, creating rage and outrage. Yet, incredibly, this anger and outrage sprang forth from the political grass roots of the American people, and not from the United States Congress whose members were elected with the duty to legislate and act as a check upon the increasingly unilateral, unlawful and unconstitutional actions of Barack Obama. In early 2010, strong opposition to Mr. Obama’s disastrous wrecking ball approach to governance and fiscal train wreck approach to spending and borrowing came, not from the GOP members in Congress, but from the newly organized “Tea Party Patriots”. In 2012 and 2014 in response to Mr. Obama’s dangerous and defiant abuse of executive authority to bypass Congress with hundreds of illegal and unconstitutional executive orders to advance a personal political agenda pandering to tiny minorities and establishing what I call “Tyranny of the Minority”, the Republicans in Congress were self-paralyzed cowards who said little and did nothing. Again, it was the grassroots of politics, the American people, who took action and voted into office the largest GOP majorities in both Houses of Congress in 80 years. When this new Congress convened in January of 2015, these majorities had made promised aplenty, and the American people harbored expectations fueled by years of pent-up anger, that finally, the out-of control rogue President who had already spent six years willfully destroying our nation, would be stopped.

As virtually all conservatives, as well as the vast majority of voters know well, this Congress with those large Republican majorities, has a duty under Article I of the Constitution, and promises to fulfill that were made in the fall 2014 campaigns, made to all Americans to arrest and check the overreaching abusive executive actions of President Obama. As most Americans know, Congress sat on their corrupt posteriors and did nothing. Not only is the criminally treasonous President Obama continuing his shredding of the rule of law and unilaterally forging and fomenting illegal actions ranging from the wrongheaded and ill advised to the morally reprehensible and criminally traitorous. Mr. Obama “decreed” that illegal alien immigrants, even criminals, would unlawfully remain in America. Mr. Obama “decreed” that he, not Congress, would ratify a nuclear arms treaty with Iran, in direct violation of our Constitution. Mr. Obama “decreed”, that he would refuse to administer and defend the Defense of Marriage Act, simply because he personally dislikes any impediments to the LGBT agenda and their clearly immoral and deviant lifestyles. Mr. Obama “decreed” that every student in every public school in America would violate their privacy and safety so as to champion mentally disordered so-called “transgendered” students could saunter into any rest room they desired. These egregious examples along with scores of other nefarious, criminal, immoral and unconstitutional acts were openly executed unilaterally from our White House, in wanton, callous and evil disregard for the will and public interest of the citizens of these United States.

Yet, these unspeakable actions by Mr. Obama in the Executive Branch, as evil as they are, do not match the monstrously evil inaction of the Legislative Branch vested in our Congress. The Founding Father’s intent, and the Constitutional framework as written and duly adopted that established governmental power and authority in the checks and balances system of three separate branches of government, was constructed to: (1) limit the power and authority of the federal government, and (2) establish Congress as the most powerful of the three branches. As egregious as the gross abuses of executive authority by President Obama have been, especially since 2011-2012, the gross inaction, and thus totally negligent lack of pursuit of their Constitutional mandate to (1) legislate on behalf of the will and interests of constituent Americans, (2) take action to stop the rogue President in his dictatorial tracks, (3) act swiftly and decisively to take course corrective actions to roll back, nullify and void the abuses of power and illegal executive actions of Mr. Obama, (4) use the “power of the purse” to de-fund and thus render Mr. Obama’s illegal actions and programs impotent due to the lack of funding to carry these actions forward, and (5) to use the individual and collective authority and visibility that exists by virtue of office, to forcefully, frequently, passionately and loudly, speak out with bold authority against Mr. Obama and propose legislation regardless of what Mr. Obama thinks of such legislation. Congress, like the President, has a “bully pulpit” and ought to use it, but clearly they have contempt for Americans they were elected to represent.

Not only has Congress miserably failed to carry out their responsibilities and duties in the five areas outlined above, but Congress has also committed “abuse of power in reverse”; in deliberate, with malice aforethought, failure to exercise the authority vested in Congress, despite promises to a scared and angry America and the incalculable destruction and harm to Americans their inaction has permitted, Congress is criminally negligent and abused their authority by giving a free pass to Mr. Obama regardless not only critically important issues, but just about anything the President wishes.

In earlier writings this author had accused Congress of dishonesty, corruption, of negligently aiding and abetting Mr. Obama in wrecking our nation, of destroying America as a Republic, and lastly, of Treason. My case presented herein adds that Congress as a body is indeed destroying our Republic, aiding and abetting the nation’s worst enemy-Obama, of dividing America to the brink of civil insurrection, have lied, colluded with liberals and Democrats, colluded with donors and big corporations, and thus have traveled far beyond the boundaries of mere criminality and high treason. My contention is, and the evidence and case presented within this commentary, that the Congress of the United States is a Monster. Congress is the Monster enabling our enemies within to completely transform America into the “tyrannical Nightmare on Main Street.”

Like any and all Monsters throughout history, this Monster must be ferociously fought, shackled, brought to justice, and replaced with men and women of honor. Please listen America; if we fail as citizens, local counties, and sovereign states to nullify both Obama and this Congressional monster, we risk gun confiscation, martial law, the “crystalnacht” late night “knock at the door” to round up and arrest “conservative dissidents”, the suspension of free speech, religion, assembly and our Bill of Rights. The biggest mistake Americans can make is to continue complacent “business as usual” and keep saying “A dictatorship could never happen in America”.  Listen, America, wake up and fight!  Dictatorship is a process already well underway in Washington, D.C..and at the United Nations. The monster in the White House is teamed up with the monster that Congress has now clearly become, and I am not, nor should you, think we are”paranoid”; they really are out to get us! The federal government; our courts, our President and our Congress, are furiously working with the globalists and the United Nations, to end our Republic and snap the chains and shackles of slavery on every “formerly free American. Consider me the “latter-day Paul Revere”; this is my “midnight ride”. “Congress is an evil monster, and tyranny is coming! Tyranny is coming! Tyranny is coming!”. Americans, keep your eyes open, and your gunpowder dry! We will survive as a free Republic and “slay the monsters” in Washington, D.C..only if we stand and…fight!