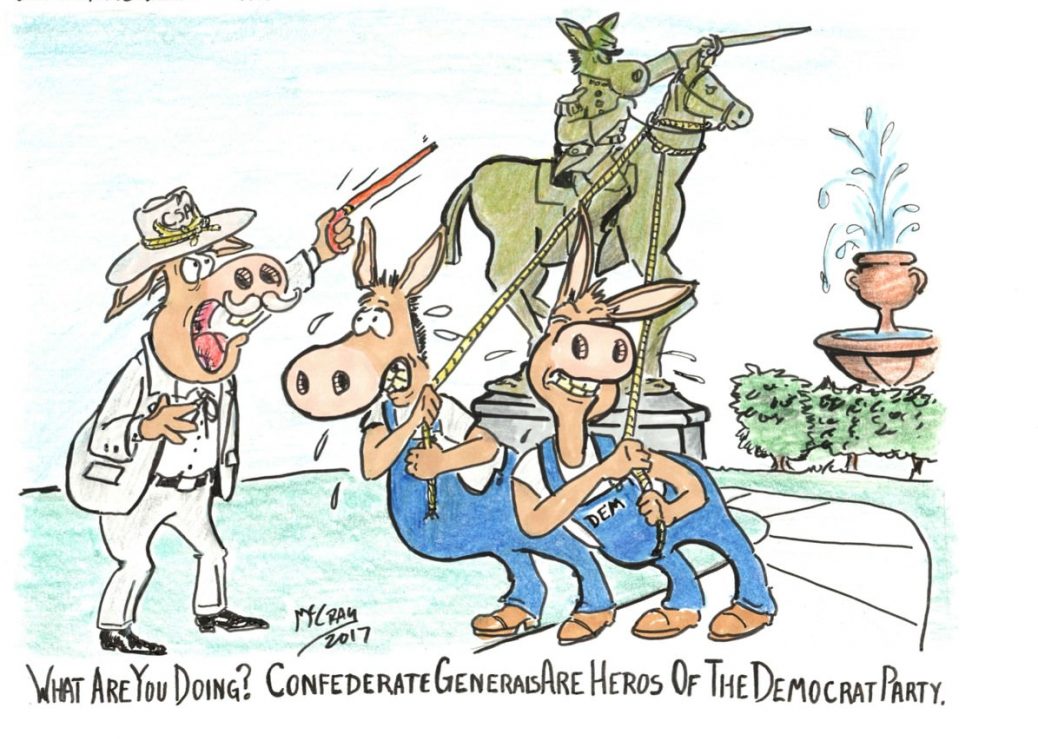 The so called Democrat Party is at war with itself, but continue to claim that all the problems are caused by the Republican Party.  Most of the Confederate Generals and ranking officers were political appointments of the Democrat Party, the Other Generals were former U.S. Army and Navy Officers who chose to protect their State and Homes from the Invasion by the Federal Government.   It also must be remember the Democrat Party made up the KKK, and some of their high ranking members held high political office.  The last know KKK member in congress was West Virginia Senator Robert Byrd, are the activist going to destroy everything about Senator Robert Byrd, rename schools and roads that bear his name?  Or will the Democrats do as they always have, it’s all okay because he was a Democrat.  This whole business of attacking symbols of their own party and history is to have a vehicle to try and drive a wedge between the people of this country and get people fighting each other.  This all goes to the heart of who is really running the Democrat Party?