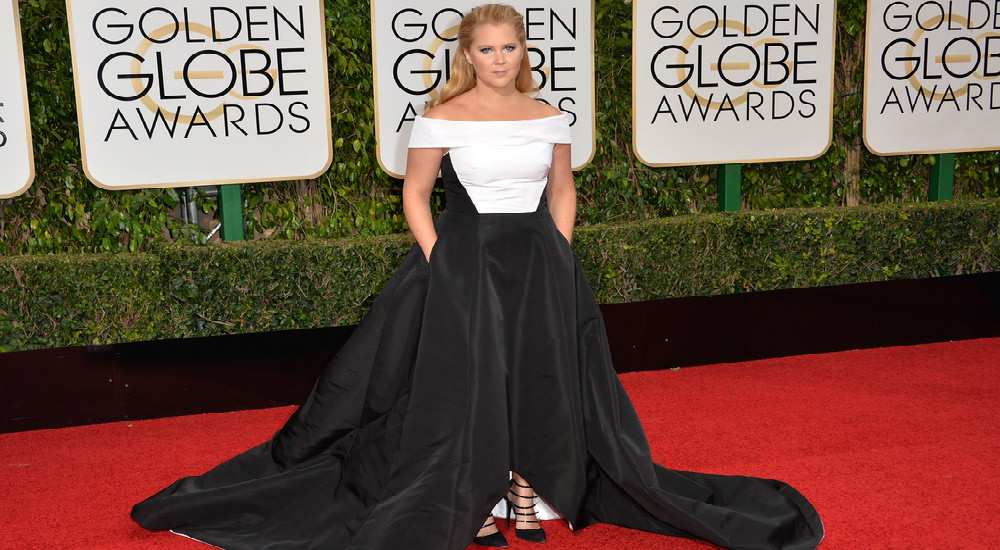 TAMPA 10/18/16 — Amy Schumer, whose display of “talent” in films and in stand-up comedy, is modest to say the least. It is doubtful that she would even pass a legitimate audition to appear on The Gong Show.  But with her cousin being a well known Democrat Senator, anything is possible.

Her talk is filthy, she is a sloppy disheveled dresser, and constantly uses the “F” word. Even so, her ‘talents’ apparently has provided her the luxury of being well fed.

She is one of the most vulgar public figures to be seen, bathing herself in toilet talk, which is offensive to most people with standards.

Her screen acting offerings do not display any true acting abilities and she simply is NOT funny. Breitbart reported that hundreds of disgruntled fans walked out of Amy Schumer’s stand-up show in Tampa, Florida after the comedy star wannabe ripped Donald Trump, calling him an “orange, sexual-assaulting, fake-college-starting monster.”

According to the Tampa Bay Times, about 200 people were heard booing Schumer as her stand-up comedy turned to political commentary. At one point she invited a Trump supporter on to the stage and asked him why he supports the Republican presidential nominee.

“Do you get worried at all with how impulsive he is, ” Schumer burped, “that he gets so fired up from Saturday Night Live doing a skit on him? Do you worry he’ll be impulsive and get us in a lot of f—ing trouble we can’t get out of?” This was an insult to the one she called up on stage and terribly rude. She has no class.

After dismissing the audience member from the stage, Schumer asked survivors of sexual assault in the crowd to stand.

Then she made this extremely vulgar comment: “I can’t imagine looking at my little niece, who’s two and a half, and saying, ‘This is our president, he wants to finger his daughter,”’ Schumer joked.  Joked? She is about as funny as a broken crutch.

Loud boos began to ring out after Schumer began to explain to the audience why she “likes Hillary.” Schumer, seemingly shaken and upset over heckling crowd members, said, “just so you know, from now on, if you yell out, you’re going to get thrown out.”

The boos grew louder as about a thousand people walked out.  Schumer responded by instructing audience members to “point to the people booing.” Yes, using the old Democrat method of causing anarchy to take over to intimidate or shut up those she disagrees with because they disagree with her.

This is the method visibly taking place at Donald Trump rallies, to give the false notion that he is disliked by the public. He is not. His huge support base disproves this false clatter. These displays by misfits paid by the Communist Party, only have the ability to cause nothing but chaos, which in this case, is in an attempt to deceive voters into thinking the Trump is unpopular and  not fit to be president.

She learned well this tactic from her cousin, Senator Chuck Schumer. Now it all makes sense. The big question is, why on earth, would any decent human-being, want to be in her presence, and especially paying for that ‘privilege’ to hear her perverted trash talk and to knock everything that America stands for. This is frankly insane.

Last month Schumer joined the growing list of “celebrities” to vow to leave the U.S. should Trump win the election in November.

That in itself should stimulate the most lax voters to head for the polls without delay.

To see the complete story as published by Breitbart, go to: