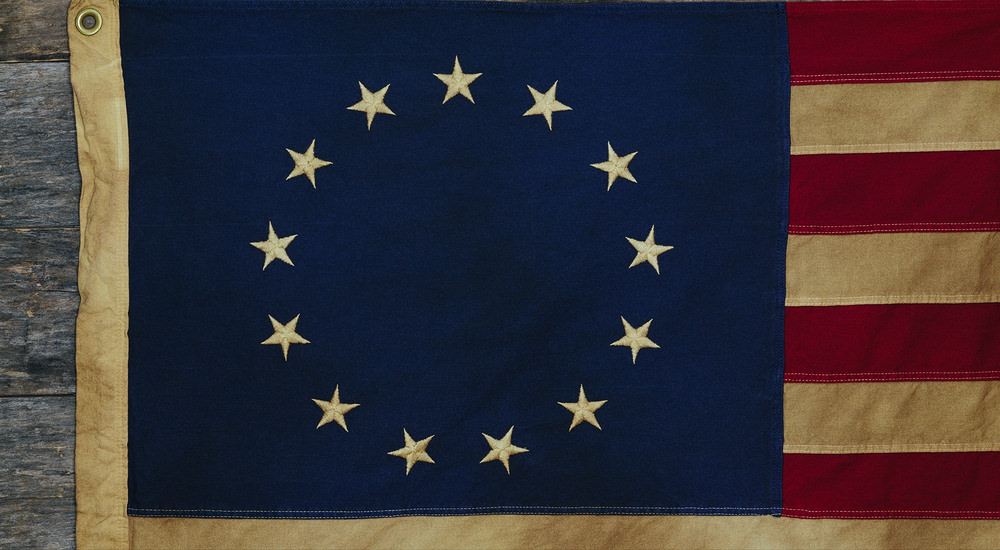 The British occupied the Colonies, and for a time there was peace. The seeds of rebellion were planted as a result of the Seven Years war between England and France. Both of whom had interests in the expansion of their Empires in North America. Their main goal being to fill their hard pressed coffers.

The English and French conflict spread to the Colonies through the French and Indian War.

The twenty two year old King George the lll, though a personable individual, was not an especially clever or resourceful man. Cunning opportunists easily manipulated the young naive king. One such a one was George Grenville, an evil, egocentric, power greedy individual, (sound familiar?) who soon convinced the king to initiate a series of acts designed to tap wealth from the prospering colonies into the depleted English coffers.

The harshest act of all was the Stamp Act of 1765. A royal stamp to be affixed to all commercial enterprises and legal contracts. The stamp was even applied to gambling paraphernalia. (Obamacare)

Thus was birthed the loud, clear clarion cry “Taxation without representation is tyranny.” The colonists had no say in English Parliament( Pelosies.“You will find out whats in the bill when its passed”).

The ugly face of tyranny showed its face but another poignant face appears on the scene. Samuel Adams, Founding Father of the Sons of Liberty. Through the power of the press, Sam Adams lit the flame of Liberty, and through his brilliant writing, Sam inspired the patriotic spirit. His became the voice of opposition to the abuses of the Grenville Acts.(Obama/Grenville)

His voice of truth spread throughout the colonies, which soon inspired other groups of ‘Sons of Liberty’. (Our Tea Party) The ‘Voice’ was heard in England, and soon caused the demise of the Stamp Act, and the eventual downfall of George Grenville.

In 1768, George the lll appointed Sir William Hillsborough to handle colonial affairs. Hillsborough was a staunch militarist and levied a heavy hand against the colonists. This brutish method in sites A REBELLIOUS SPIRIT. (Obamas tyrannical policies awakens the Sons Of Liberty)

In 1765, John Adams, (cousin to Sam Adams) a brilliant young lawyer, joins the opposition to the Stamp Act, and adds his prolific writing talent to the fight against English Tyranny.

A major problem of the twenty first century is that we, the citizenry, have put those in power who now represent themselves and not us.

To govern is a sacred trust which must be imbued with a selfless desire to serve Justice, and not the interests of a select few.

As a safeguard to Liberty, and Freedom, no binding decisions by a governing body shall be made without the approval of those who would be bound by such decisions. The workings of the governing bodies must not in secret perform that which could turn Liberty into Tyranny. Without a thorough investigation of a prospective political candidate, no vote shall be submitted. Political favors are fraudulent, and any individual so involved, that individual shall be permanently removed from public office.

U.S. Presidents upon election, shall serve one year under probation. Should after completion of the probationary term, the individual has proved to be a true Patriot and Son or Daughter of Liberty, that individual shall be awarded an extension of another year as President of these United States.