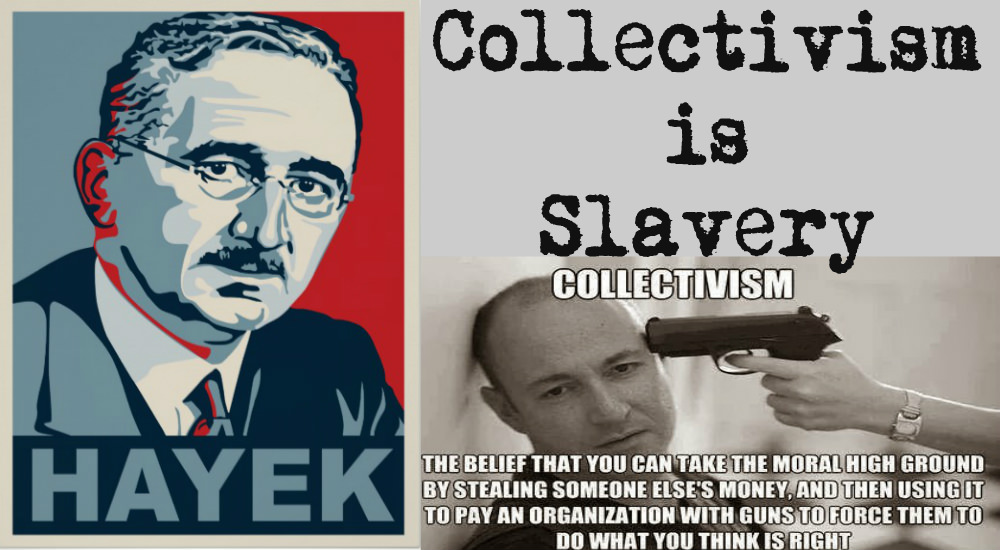 There are many people who believe collectivism is the way to go, economically, even though it creates no wealth, at all, only STEALING the new wealth created by individuals who PRODUCE it, for the benefit of those who, for whatever reason, produce NOTHING. There are only TWO real economic theories in existence. There are many others that CLAIM to be economic theories, but all they are is derivatives of one or the other. Socialism is one; progressivism is another. Then there’s Fascism and communism.

I don’t know what Castro or any other collectivist dictator calls his version, but ALL are derivatives of collectivism. Every one of them is loosely based on the Marxian narrative, “FROM each according to his ABILITY, and TO each according to his NEED.” Making NEED a DEMAND upon the earnings of those willing and able to PRODUCE new wealth. Individualism is self-explanatory. An individual’s benefits are based on HIS OWN earnings. Every individual is ENTITLED to benefit HIMSELF from his ideas and labors.

NOBODY has the right to take ANY PART of his earnings from him, for the benefit of another who has not EARNED it. As John Galt said in Ayn Rand’s groundbreaking novel Atlas Shrugged, “I swear, by my life, and my love of it, that I will never live for the sake of another man, nor ask another man to live for mine.” That is truly the creed of all individualists. They want, merely to be left alone to do for themselves, and not be LOOTED for the benefit of somebody else.

The major fallacy of collectivism, in all its forms, is that it DEPENDS on the labors of those willing and able to earn for themselves, so he can be LOOTED for the benefit if somebody else, who may NOT be able of willing to earn for himself. Collectivism makes no sense, except to those who want to live at the expense of other people.. Obamacare, for example, is BASED on the collectivist rule that you must FORCE younger, healthy people to pay more for their medical care, in order that older, less healthy people, may depend upon them to pay for theirs.

Depending on the THEFT of the earnings of those who EARN their way for the benefit of those who, for whatever reason don’t, or won’t, is a CRIME, even if it is done by the government. The fact that it doesn’t work is secondary. The fact that collectivism DEPENDS on THEFT from the producer of new wealth renders it an impossible dream for it to work, in practice. That’s why everywhere it is tried, it will eventually fail, after it has victimized, even KILLED, many people, as it inevitably did in the old Soviet Union, and is in the process of failing in Venezuela right now.