On the Collective Football Plantation 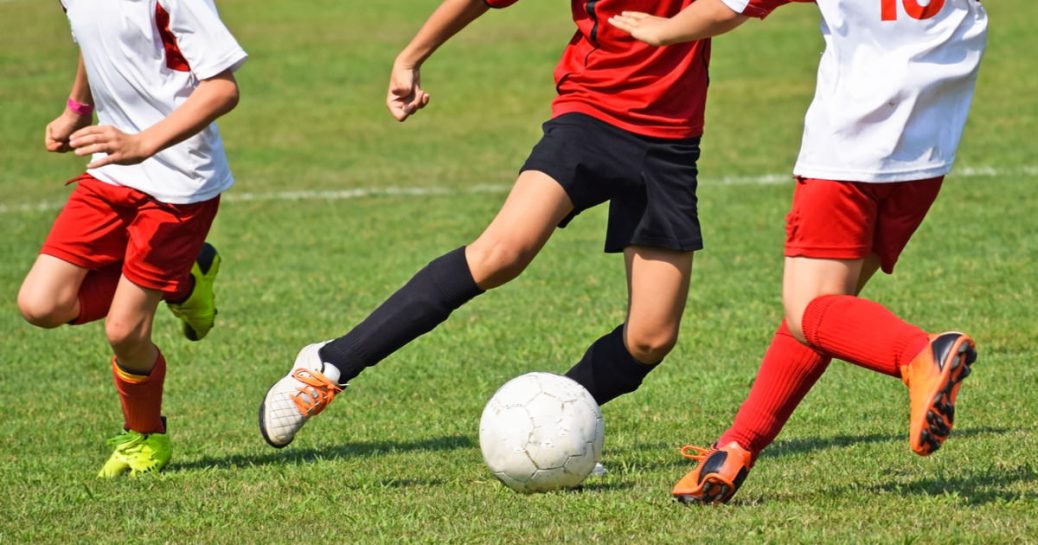 Quasi-socialism is one of the reasons that American football has not spread to the entire planet, as soccer did.

Most professional sports leagues in the U.S. are quasi-socialist enterprises within capitalist corporate America. Outwardly, the NFL looks like a successful corporation, but from within, this corporation has implemented principles of doing business that is alien to America.

Sooner or later, the conflict between the quasi-socialist paradise inside the NFL and its capitalist encirclement was bound to happen. For too long, this smoldering conflict between serf gladiators and free citizens was in the shadows. Sports organizations have managed to introduce as many socialist ideas into the sport as they could, but now this genie has jumped out of the bottle: on Sunday, Sept. 24, players staged an anti-American demarche and did not stand with their hands over their heart for the national anthem.

All NFL teams are formally independent and have their own owners, as it should under capitalism. However, the profits of these supposedly independent organizations depend not so much on the quality of the game as on the collective agreement with advertisers. If there is a superstar on one of the teams who scores a lot, then all the teams become winners. The profit from advertising is distributed evenly between the teams regardless of the quality of the game and the place in the championship. The league champion earns only slightly more than the worst team.

Leveling is practiced in most professional sports leagues. That is, the worst team gets the best league’s players at the end of the season. The worse the team plays, the better its composition becomes. I hope that the cornerstone of Marxism, “From each according to his ability, to each according to his needs” is well-known to everyone. Let me remind you that in the Soviet Union state investments were received only by the lagging collective plantations (collective farms). As an argument, it was said that “weak farms should be helped.” Thus, everything happened in the USSR in accordance with Churchill’s words that socialism’s “inherent virtue is the equal sharing of misery.” Socialist Obama, like the NFL, also adheres to the principle of the uniform “spreading of wealth.”

Another example of the socialist approach in the NFL is wage controls. The minimum salary for all gladiators is set in advance. If the player is drafted into the team, he automatically becomes a millionaire, regardless of the quality of the game. This, as we know, is one of the main features of the socialist economy. What is surprising is the fact that not only the minimum but also the maximum salary in the NFL is also limited. How well a person plays, how many points he brings to his team does not matter. There is a salary ceiling that you will not jump over. Even in the Soviet Union, there was no such restriction – world-class athletes and show business stars earned without any artificial restrictions.

As early as 2014, Trump called for the abolition of the tax-free status of the NFL on the grounds that they were tax fraudsters, and he was right. In 2015, the NFL voluntarily changed its not-for-profit status and became an ordinary American corporation.

Disrespect for the national anthem led to the fact that the ratings of football games fell across the board. Spectators at many stadiums booed the kneeling players and then left the stadiums. Many fans publicly destroyed their football tickets and burned jerseys of once-beloved players. Sponsors began to abandon the players who knelt down during the performance of the anthem. Serf millionaires, who hate America, got a good lesson.

It is clear that initially the protest of NFL players was inspired by political opponents of Trump. But when it came down to the disrespect of the national flag and humiliation of the national anthem, even the Democrats realized that this boomerang would hit hard on return. After all, professional sports do not produce anything materially necessary and exist only at the expense of their long-standing reputation. A remarkable confirmation of this is the loud silence of the Democrats on the issue of the humiliation of the national anthem. They immediately realized that Trump’s position in this matter was one hundred percent winning, and they prudently decided to keep quiet.

In fact, in the United States, there are several million patriotic Democrats who decided not to vote in 2016 because they did not trust the candidate for their party, Hillary Clinton. The patriotic position of the Republicans on the issue of the American anthem will inevitably push many patriotic Democrats toward Trump’s camp.

Compare the current situation to that in which the American pole vaulter Sam Kendricks found himself at the Rio de Janeiro Olympics in 2016. During one of his attempts, he heard the U.S. anthem, which was performed to honor another American athlete. Sam stopped right during his takeoff, threw away the pole, turned toward the American flag, put his right hand over his heart, and sang the anthem to the end. By the way, in Rio Sam Kendricks only placed third, but in August 2017 he became a world champion.

As everybody knows, the wave of protests began with football player Colin Kaepernick last year. It was he who first refused to stand during the performance of the national anthem, and instead knelt. Why did this athlete, who prefers T-shirts with Fidel Castro, go for it? Allegedly because of solidarity with the Black Lives Matter. But in fact, he knelt down to impress his new girlfriend, who is known to be a radical left supporter of BLM.

But after the numerous pogroms committed by BLM in various cities across America during the past year, and the total absence of BLM members in areas hit by recent hurricanes (where it was just plain necessary to save the lives of black Americans), it became clear to all that BLM folks are just ordinary bandits who took cover of fighters against racism.

As a result, last Sunday only 12% of all NFL players did not stand up during the performance of the American anthem, and 88% did it. Actually, regarding this, you can make the point that the attempt to turn the sport into a political weapon has failed, as have other leftists’ attempts to use non-standard political weapons.

Quasi-socialism is one of the reasons that American football has not spread to the entire planet, as soccer did, in which there are no elements of socialism at all.

Gladiators from the NFL made a strategic mistake, and now they are trying to defend an indefensible position. In turn, American football fans will soon remind these quasi-socialist millionaires that under capitalism the customer is always right.