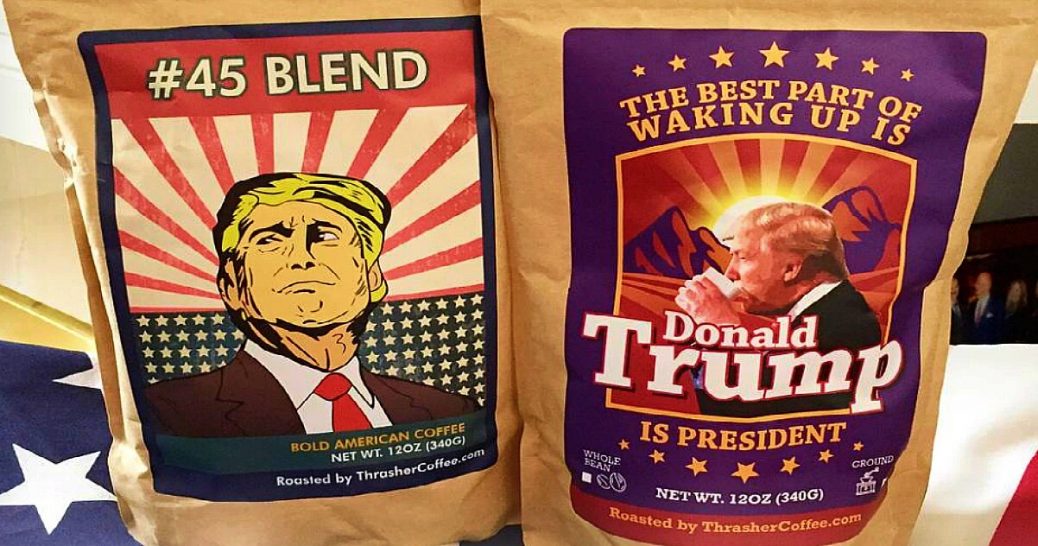 The recent (last couple of years) spate of leftist attacks on Trump administration officials, Republican politicians, and even simple Trump supporters has been troubling to observe. Sadly, while we hoped the anger would subside as we moved further away from the election, the reality is that the exact opposite has occurred. Today, conservatives are more endangered than ever before as many on the left have embraced an political strategy of all-out war on anything from the right.

The latest example of this sad state of affairs comes to us from a wonderful coffee company in Georgia.

Thrasher Coffee produces some of the finest coffee products in the nation and they’ve recently embraced their conservative roots. The decision to honestly market their products and to choose to support President Trump, has caused some backlash on social media.

Leftist trolls have descended on to Thrasher’s pages and written lies about a product that they’ve never even tried.

I  hope you had a Happy 4th! We sure did, and WOW! so many new fans. Thank you so much! Thrasher Coffee has existed for almost 5 years now. As any small business it has been an uphill, in the mud battle. Recently, we embraced our conservative background and the groundswell has been incredible. The silent majority stand with Trump and we are breaking sales record after sales record. So much winning! However, there has definitely been lots of backlash and sadly we had to disable the reviews on our Facebook due to very negative reviews from people who have never even tried our coffee before. We were at a solid 4.9 with so many wonderful people leaving kind comments, and as soon as we started putting Trump on the bag the negative reviews, comments and messages poured in. They were nasty to say the least!

On the flip side, I’ve also had some very nice conversations with customers who loved the beans, but couldn’t back our support of Trump. As Americans we can disagree, be passionate about our beliefs, but still treat each other with respect. So to the new fans, welcome! Thank you, thank you! To the old fans, thanks for sticking with us all these years! Together we will make America great again, one cup of coffee at a time.

We hate to see this happen to anyone based on their political beliefs, particularly when their products are so darn delicious!

But there is a way that you can help the folks at Thrasher, you can surf over to their site and try some of their fantastic products like their “#45 Blend,” or their “Best Part of Waking Up Coffee”.

My personal favorite from their line of great coffee is the Liberty Blend, but you can see more of what they have to offer (including apparel) at their website.

Please consider supporting a conservative business as it faces down attacks from the leftist Anti-Trump mob.