CNN Not The Enemy. Worse, They Are Irrelevant 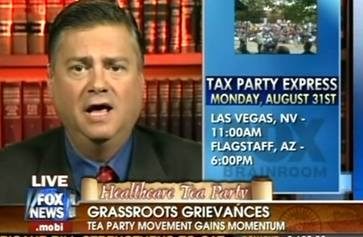 No ideological rant here. Worse.  Your channel is boring. Your talent is strained and it shows. Your content is tired and old. Watching CNN is like being in an endless hell where Morris Albert eternally whines his one-hit wonder, “Feelings.” Your motto could be “Give us 22-seconds, we’ll give you the next 24-hours of our content.” Not so fast with the snickering there Fox News Channel and MSNBC. You two are just as bad and MSNBC talking heads are harder to tell from potential Jerry Springer Show guests every day.
I used to be one. Talking Head that is. Well, yes, I was once a planted ‘ringer’ on Springer too, but that’s a whole other thing. For more than three-decades I hosted and produced talk radio shows in markets all over the country and nationally. Eventually, I incorporated a newspaper column and became a regular on Fox News Channel, CNN, MSNBC and finally a fixture in headlines across the country as a citizen-lobbyist and as the Chairman of the Tea Party Express in opposition to Obama.
Today you all took a break from the Russia thing in order to accommodate hysterics over something the president tweeted about one of you. Gauging from your reactions it was apparently also a call for the Fourth Horseman to saddle up.
Bulletin, I could not care less about the president’s tweet, your colleague, their feelings, your feelings or pretty much anything to do with the story.
Psst, Mr. Zucker & the other Suits, lemme clue you into something. I am these days a normal civilian, living among and mixing with regular people out here in the provinces. You should try it some time. You know what they think about what you people think is important? Bupkis. In plain vernacular, they don’t give a flying-****.
They’re worried about how come there’s a half dozen huge homeless encampments and fully occupied freeway underpass network with the Sacramento City and County limits. They wonder how to hurdle the massive bureaucratic and impossible barriers to things like seeing an actual doctor… one who might actually look up from his laptop and maybe even listen to, or ‘gasp’ examine them.
They worry about their kid making it to school and home again alive, they hope against hope that the next crowd they are in won’t be one with a detonating Muslim in its midst. Those lucky enough to actually have a full time, well-paying job live in perpetual fear that some fool in a suit will decide some Asian child-slave needs their gig, why? Why do we pay a small fortune for produce in the California Central Valley – where we GROW IT? We all worry about those who are underemployed or have simply given up looking. Why is it that way?
They marvel at the California Governor and Legislature accepting pay raises amidst struggling and poverty, and would like to know why. They are scared to death that rents average $1,500 in my city and are rapidly rising, and would like to know why. Street gangs – 140 in my city and county at last count, they would like to know more. They worry about feeling like foreigners in their own country and their English being a second language and want to know why this is allowed to happen.
Have any of you Suits sullied yourselves by visiting a lowly supermarket recently, with only a workin’ stiff’s typical budget? It’s okay to touch the generic or store label brands, they won’t bite you. You will find lots of questions in there for your resources to answer.
How will they stretch that paycheck this time around? What if a kid gets sick, what if a loved pet falls ill? What impact will the pot store opening across the street have on the neighborhood? What, in God’s name will they tax next in order to give their money to somebody else?
Yes, those all sound like regional and local concerns. They are. I challenge you however to find a place where some variant of all of those situations and questions, and more. Beyond that, they really don’t notice that you all completely fail on coverage of our lives, our concerns, and our world. They simply stopped needing you in their lives. They wouldn’t learn much from watching any of you anyway. You guys are the WWE of “News.”
FYI, Vince McMahon does it better.