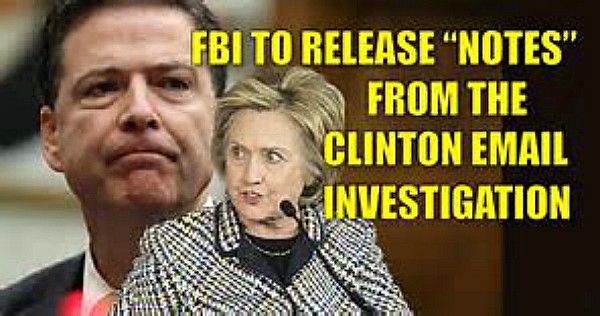 Investigative journalists and legal authorities are increasingly saying it is more evident every day the FBI, DOJ and Obama Administration were cooperating, coordinating and colluding to exonerate Hillary Clinton in spite of mountains of evidence that she mishandled classified information to cover her shakedowns of foreign potentates and torpedo the Trump campaign when she was the candidate in an attempt to put her in the White House and continue the corruption that has been so much a part of our government.

The Senate Homeland Security Committee has recently released 400 pages of messages between FBI agent Peter Strzok and his girlfriend, FBI lawyer Lisa Page that are evidence of the depth of the interagency plottings, actions and corruptions.

Peter Strzok was a key in Special Counsel Robert Mueller’s original Russia probe into the Trump Administration, but had to be reassigned when many messages showed what Congressman Trey Gowdy described as evidence of bias by FBI officials.

In the tranch of text messages was one indicating Obama Attorney General Loretta Lynch was coordinating with then FBI Director James Comey suggesting she knew he would decline to press charges against Clinton which strongly suggests conspiratorial efforts between them!

The July 1, 2016 message Page wrote to Strzok reads, “And yeah, it’s a real profile in courage, since she (AG Lynch) knows no charges will be brought.”  When Director Comey cleared Hillary Clinton of any criminal wrongdoing four days later after he didn’t even interview Clinton until July 2nd it was clear AG Loretta Lynch was well-aware Hillary would be cleared even before she had been questioned.

Furthermore, there is evidence of the obstruction of justice as the FBI is on record for claiming the text messages between Strzok and Page, the preservation of which is required by law, were lost when they were not.

According to the Senate Homeland Security Committee five months worth of messages were lost due to a technical glitch involving software updates on the FBI officials phones which is the bureaucratic equivalent of “…the dog ate my homework.”

The FBI told Congress its “technical system for retaining text messages sent and received on FBI mobile devices failed to preserve text messages for Mr. Strzok and Ms. Page from December 14, 2016 to approximately to [sic] May 17, 2017” and this has turned out to be untrue!

Unfortunately a message was found that documented Strzok and Page sent messages discussing ways to circumvent discovery of those very messages. Page wrote in April of 2016, “so look, you say we text on the phone when we talk about Hillary because it can’t be traced…”

In her book “What Happened” Hillary Clinton discussed the meeting between Bill Clinton and Loretta Lynch on a tarmac in Phoenix, saying it was absurd to think the Attorney General could be compromised!  Bill’s claim that he was in Phoenix to play golf has been proved untrue as reporters called all the courses asking if Clinton was listed on any of the courses in the way he would have been by his Secret Service detail.  No such record could be found.

“There’s no doubt that the optics were bad, but that didn’t give Comey carte blanche to ignore Justice Department policies and overstep his bounds,” Hillary wrote in “What Happened,”  Continuing, “The implication that Lynch, a distinguished career prosecutor, was suddenly compromised and couldn’t be trusted is outrageous and insulting.”

Sorry Hillary, what is really outrageous is your version of this meeting and now it appears to extend well beyond Lynch. Comey, Strzok, the FBI and the Department of Justice have all been compromised.  We expect the list of documents we be long and come out in dribs and drabs, all of which will be studiously ignored by the major media, but they will add up in the minds of the general public and be summarized often and well enough to have a great effect on the mid-term elections in ten months.