The Clinton Foundation’s many Sins 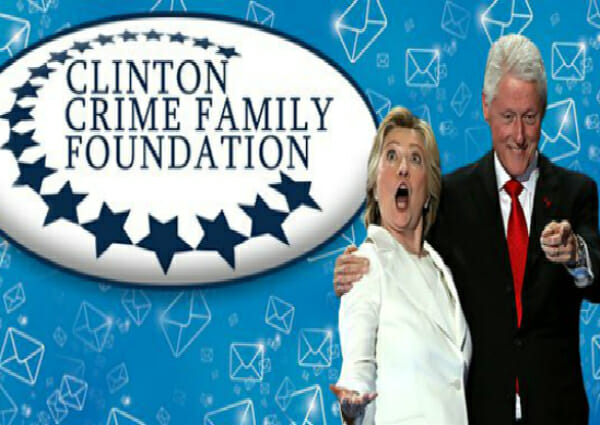 The FBI is investigating millions of “mishandled taxpayer dollars” that were funneled through several non-profits with money from Australian taxpayers.

The Clintons have been long been thought of as the “Bonny and Clyde” of American politics.  While it is hard to grasp how widespread the Clinton Foundation corruption was it is fairly easy to examine their own financial statement to see that something is very wrong. 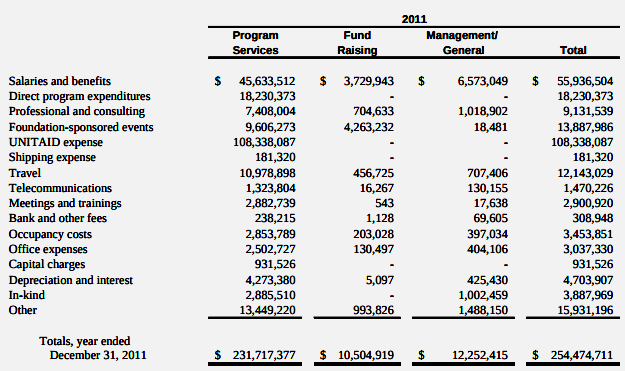 Where the “Direct Program Expenditures” show only $18 million of the $254 million budget went to charity they were delivering 7%, but 42% went to “UNITAID” which declares:

“Unitaid is an international organization that invests in new ways to prevent, diagnose and treat HIV/AIDS, tuberculosis and malaria more quickly, more cheaply and more effectively. We also work to improve access to diagnostics and treatment for HIV co-infection including hepatitis C. Unitaid is a hosted partnership of the World Health Organization (WHO).”

That the Clintons would put 42% of their money into one organization that does not actually deliver anything to the afflicted is questionable and inspires the question, “Are there kickbacks?” and as this organization is an unregulated research activity they can do anything which may explain the Clinton enthusiasm in giving them 42% of there money.  How much do they get back?  Half?

Smith told one reporter, “I have been asked to provide the FBI with further and better particulars about allegations regarding improper donations to the Clinton Foundation funded by Australian taxpayers.”

The Clinton Foundation received $88 million in Australian taxpayer money from 2006 to 2014.  This was during the term of Prime Minister Julia Gillard who left office under a cloud of questions.

Smith claims key figures in his complaints include Bill and Hillary Clinton themselves.  Also on the list, senior diplomat Alexander Downer, whose conversation with President Trump aide George Papadopoulos over Russia having ‘dirt’ on Hillary Clinton allegedly launched the Trump-Russia investigation in an interesting lash-up and coincides with the FBI looking into the Clinton Foundation.

Witnesses have been interviewed. One witness described the FBI inquiry as “extremely professional and unquestionably thorough.” All questions clearly focused directly on the Clinton Foundation’s charitable efforts and what sort of treatment was given in return from the Obama Administration.

There are many unusual coincidences with the Clinton Foundation, as foreign despots and questionable characters have donated to the organization in exchange for coincidental favorable treatment by the then-Secretary of State, Hillary Rodham Clinton.

As these things go the story could break any time, but more likely over the summer, just in time to further stain the Democratic Party to the point the existing leaders will have to turn on them of suffer more image loss than if they do not.  This is just part of the reason we feel the Republicans are not only safe for the mid-terms, but will more likely than not improve their margins in the House and Senate.