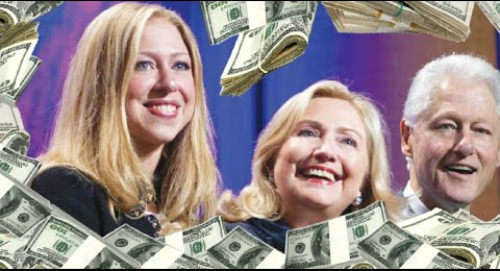 I look forward to HILLARY & Bill Clinton announcing that their family foundation- The CLINTON Family Foundation will send over $ 200 Million dollars to Haiti to help the devastated people of Haiti that have lost their houses and everything they own. It has been reported that over 800 people in Haiti have lost their lives due to hurricane Matthew.

It has been reported that the CLINTON global Initiative has over $ 200,000,000 in a miscellaneous fund that is just sitting their when it could be put into ACTION to help the suffering poor people of Haiti.

we ALL need to do more and help others in need.

President Thomas Jefferson a founding father-former President once said: ” ACTION will define YOU”!

So the question is: will you HILLARY Clinton send the $200,000,000 plus Millions just sitting in a account at your family Charitable Foundation to those in need or Haiti or will you just offer your support and condolences to the people of Haiti.

Hillary and Bill Clinton -We look forward to your ACTION and sending this money just sitting in a account to those in need and to help many people in the villages located in the country of Haiti!