Hillary’s Clinton’s Endorsement from the KKK 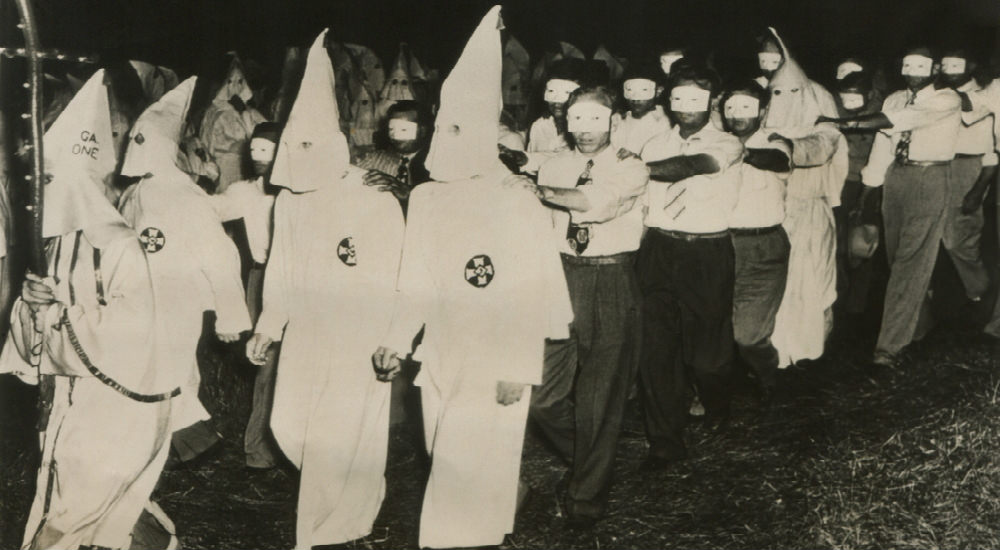 Hillary Clinton, whose campaign is now in free fall (following the discovery of six hundred and fifty thousand emails she insisted had been handed over to the State department ),  has gone on the attack, incredibly accusing Donald Trump of being endorsed by the KKK.

This insidious woman seems to be unable to ever tell the truth about anything. So as she brought up the KKK let us look at the facts. Not the spin and misinformation campaign set in motion by the corrupt Democratic Party machine.

The Ku Klux Klan (KKK) has made an endorsement, but it is of Hillary Clinton not Donald Trump.  In March 2016 The Grand Dragon of the California loyal White Knights William Quigg (A KKK offshoot) announced at a rally that the Klan have donated over $20,000 to Hillary Clintons election fund. Quigg also endorsed Clinton for president.

This is not really a surprise. The KKK was originally founded by the Democratic Party. The Klan was founded in Tennessee immediately after the end of the Civil War in 1865, as a group of former Confederate officers ,with radical racist ideas whose influence quickly spread through the decimated Southern states. In addition to being Confederates its founders were all members of the Democratic Party.  Having lost the war, the Democrats had no intention of allowing the victors to implement any form of slave emancipation.   In effect, the Klan was a military force serving the interests of the Democratic Party, the planter class, and all those who desired the restoration of white supremacy.  It aimed to destroy the Republican Party’s infrastructure, undermine the Reconstruction state, reestablish control of the black labor force, and restore racial subordination in every aspect of Southern life.

In 1868, the Klan elected its first Grand Wizard, Nathaniel Bedford Forrest, a Former Confederate Cavalry commander and lifelong democrat. Forrest was honored at the 1868 Democratic National Convention, not one Democrat voted for the 14th Amendment to grant citizenship to former slaves

If this was not enough we have the 1871 appearance before Congress of leading South Carolina Democrat E.W. Seibels who testified that the Ku Klux Klan belong to the reform part of our party, the Democratic Party. Therefore the roots of the KKK are beyond doubt.

“The Klan terrorized black Americans through murders and public floggings; relief was granted only if individuals promised not to vote for Republican tickets, and violation of this oath was.  Punishable by death, “Since the Klan targeted Republicans in general, it did not limit its violence simply to black Republicans; white Republicans were also included.”

Across the South, the Klan and other terrorist groups used brutal violence to intimidate Republican voters. In Kansas, over 2,000 murders were committed in connection with the election. In Georgia, the number of threats and beatings was even higher. And in Louisiana, 1000 blacks were killed as the election neared. In those three states, Democrats won decisive victories at the polls. Hardly surprising.

In fact the Democratic Party has never forgotten their roots. They have consistently voted against any form of recognition of the rights of Blacks. They drew up the Jim Crowe laws and have voted against every civil rights act, presented to congress. It is therefore no surprise to anyone that after 8 years of democrat administration, Blacks in our country are far worse off than ever. Over 3000 have been shot in Chicago alone. The inner cities have become no go areas for the law abiding. Massive unemployment and expansion of the food stamp program have all contributed to the woes of the African American. Thousands have given up on the system. They are ready to believe anything or anyone but for some unfathomable reason they continue to vote democrat in large numbers believing that maybe the leopard will change its spots. It won’t of course. The Democratic party of today is still threatening blacks who dare to vote Republican. And still shouting vainly into the wind that they must be voted in. It is their right to rule, and anyone who does not agree is a racist.

It is crazy, it is total balderdash and ,in truth less and less people are listening.