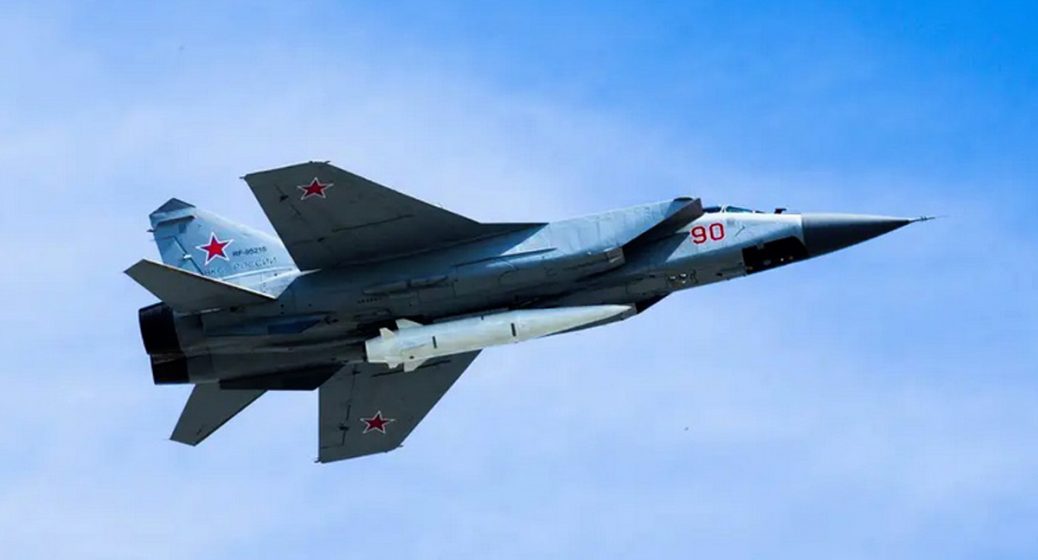 Russia has been making a big deal about its “hypersonic Kinzhal” missile that destroyed a major Ukrainian target. But experts are now saying that Russia’s claim of a new weapon is all fake news.

Last weekend, Russia reported that that it had fired its new hypersonic Kinzhal missile for the first time in a war setting and that it easily destroyed a Ukrainian underground arms warehouse.

The news shocked some analysts because it raised the fear that Russia outpaced America in hypersonic technology.

But now it looks like the whole story is fake news and that the Kinzhal missile is just an old 1980s technology, and not some new step in weapons tech.

But the Kinzhal is “nothing special,” defense sources told Just the News.

“Yes, it’s a hypersonic missile, but so are all the other ballistic missiles anywhere,” a Pentagon official said. The official is not authorized to speak to the press and spoke on the condition of anonymity. “Anything that can exceed around 3,800 miles per hour is technically hypersonic. This is nothing new.”

The destruction of the underground arms warehouse is also not confirmed. So, we don’t even have certainty that the missile hit its mark.

There are also those who say that Russia’s claim that it hit its target and where Russia said that target was situated are also fake news.