When Christians Side with Atheists as Bigoted Democrats 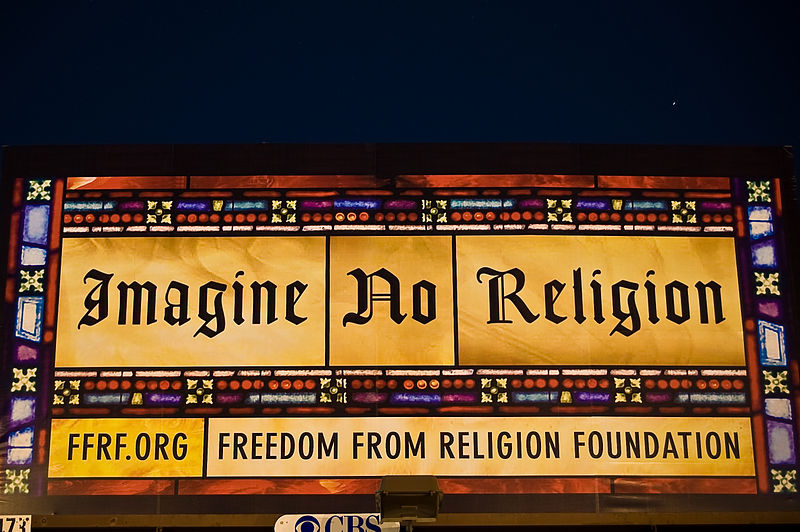 Why would Christians ally with atheists, leftists, and Islamists against Christians, conservatives, and the Right?  Democrats stand for dividing Americans, managing America’s decline, killing babies in the womb and selling their body parts, saving murderers from execution, protecting criminals from police, removing God and Christ from public life, and tearing up the Constitution to take America back to the good old days where kings and nobles ruled over the peasants.  If this is progress then the road to Hell is paved with gold.

Atheists and Islamists, though completely at odds with one another, will still ally if it means bringing down their greatest enemy – Christianity – just as the Communists and Nazis allied at the beginning of WWII to take down capitalists before they decided to take out each other.  The Orlando massacre already proved that they would be at each other’s throats sooner rather than later, too.  But why would Christians take their side?

Christianity has had its history of having leftists lead Christians to do more harm than good.  When Popes instructed their followers to murder that was not doing the will of Christ or even following the teachings of Jesus.  Unlike Muhammad, Jesus never said to wage war or kill anyone.  But, contrary to what leftists believe, that doesn’t mean He meant Christians should let murders, rapists, and thieves rule the world.  Christians are still charged with stopping evil; otherwise their children would be consumed by it as Islam consumed those under its rule.

There is a difference between Christian philosophy and Christian faith.  Even atheists can believe in the Christian philosophy of “do unto others…”  Having faith is a matter of believing in the spiritual over the physical universe.  Science knows a great deal of the physical universe in which atheists put their faith, but faith in Christ as Lord and Savior, as the Messiah, is a matter of the heart.

So how do Christians ally with Democrats who stand against every moral and ethical principle in which they say they believe?

Bishop Jackson calls on Christians to leave the Democrat Party

Read more at – Being Christian is more than just an ideology