Christianity and the Courts 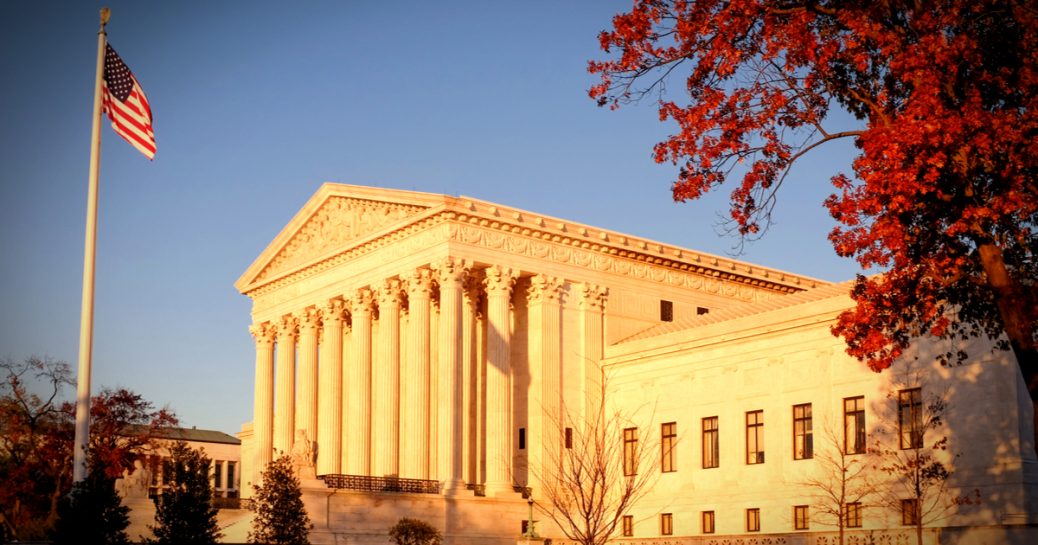 Today’s courts are close to 180 degrees from where the courts of the Founders were. They would prosecute a person for using the Lord’s Name in vain but today it’s called freedom of speech. One of the Founders, Thomas McKean, was well aware of the meaning of the Constitution as he was a signer of the Declaration of Independence, President of Congress, Ratifier of the U.S. Constitution, Chief Justice of the Supreme Court of Pennsylvania, Governor of Pennsylvania and Governor of Delaware. As Chief Justice of the Supreme Court of Pennsylvania he presided over a case where a man was found guilty of treason and was sentenced to death. In that day one had a very short time to live. Maybe five to seven days at best, not the ten to twelve years they have today. At the conclusion of that case, Justice McKean literally preached a short sermon and gave an alter call. Tody’s court would have the entire case thrown out if a judge did that. Here is what Justice McKean said to the defendant: “You will probably have but a short time to live. Before you launch into eternity, it be¬hooves you to improve the time that may be allowed you in this world: it behooves you most seriously to reflect upon your past conduct; to repent of your evil deeds; to be incessant in prayers to the great and merciful God to forgive your manifold transgressions and sins; to teach you to rely upon the merit and passion of a dear Redeemer, and thereby to avoid those regions of sorrow – those doleful shades where peace and rest can never dwell, where even hope cannot enter. It behooves you to seek the [fellowship], advice, and prayers of pious and good men; to be [persistent] at the Throne of Grace, and to learn the way that leadeth to happiness. May you, reflecting upon these things, and pursuing the will of the great Father of light and life, be received into [the] company and society of angels and archangels and the spirits of just men made perfect; and may you be qualified to enter into the joys of Heaven – joys unspeakable and full of glory!”[1]

No judge would have a sentence stand if he did this today. A court case in Colorado a few years back had a sentence reversed of a man convicted of brutally clubbing a 71 year old woman to death because seven words from the Bible had been mentioned in the courtroom.[2]

Jedidiah Morse – Historian of the American Revolution, ‘Father of American Geography’, appointed to document condition of Indian affairs by Secretary of State. Mores believed that the Christian religion was so key to the foundation of America that any attack on Christianity was an attack on our freedoms. This is a comment he made in Charleston on The Day of Nation Fast: “To the kindly influence of Christianity we owe that degree of civil freedom and political and social happiness which mankind now enjoys. All efforts made to destroy the foundations of our Holy Religion ultimately tend to the subversion also of our political freedom and happiness. In proportion as the genuine effects of Christianity are diminished in any nation… in the same proportion will the people of that nation recede from the blessings of genuine freedom… Whenever the pillars of Christianity shall be overthrown, our present republican forms of government – and all the blessings which flow from them – must fall with them.”[3]

James Otis – Leader of the Sons of Liberty, Attorney and Jurist, Mentor of John Hancock and Samuel Adams. He believed that the American government was anchored in Christianity: “Has [government] any solid foundation? Any chief cornerstone?… I think it has an everlasting foundation in the unchangeable will of God… The sum of my argument is that civil government is of God.”[4]

Timothy Pickering – Revolutionary General, Judge, Ratifier of the U.S. Constitution, Postmaster General under George Washington and Secretary of War under George Washington and John Adams, Secretary of State under John Adams. In a letter to his son he reaffirmed his faith in Jesus: “[W]e do not grieve as those who have no… resurrection to a life immortal. Here the believers in Christianity manifest their superior advantages, for life and immortality were brought to light by the gospel of Jesus Christ [II Timothy 1:10]. Prior to that revelation even the wisest and best of mankind were involved in doubt and they hoped, rather than believed, that the soul was immortal”[5]

Roger Sherman – Signer of the Declaration of Independence and the U.S. Constitution, “Master Builder of the Constitution”, Judge, Framer of the Bill of Rights, U.S. Senator. Considering his involvement in the Constitution and the Bill of Rights he should have a real good understanding of what those documents meant and how they could be applied. He commented on a person ‘ duty’ and his understanding of that went beyond just his person al life, but also included the principles that a man should conduct himself as a public figure as well: “[I]t is the duty of all to acknowledge that the Divine Law which requires us to love God with all our heart and our neighbor as ourselves, on pain of eternal damnation, is Holy, just, and good. . . . The revealed law of God is the rule of our duty.”[6]

A news paper article concerning him was written concerning his daily routine and it was reported: “The volume which he consulted more than any other was the Bible. It was his custom, at the commencement of every session of Congress, to purchase a copy of the Scriptures, to peruse it daily, and to present it to one of his children on his return.”[7]

Joseph Story – U.S. Congressman, ‘Father of American Jurisprudence’, U.S. Supreme Court Justice appointed by President James Madison. Being the ‘Father of American Jurisprudence’ I have to believe that he is well aware of the full meaning of the Constitution and what it allows. His comments on Christianity’s role in our judicial system has fallen on deaf ears in the last fifty years. “One of the beautiful boasts of our municipal jurisprudence is that Christianity is a part of the Common Law. There never has been a period in which the Common Law did not recognize Christianity as lying at its foundations.”[8]

He also believed that the principles of Christianity were the foundation of not just person peace and tranquility but society’s as well: “One of the beautiful boasts of our municipal jurisprudence is that Christianity is a part of the Common Law. There never has been a period in which the Common Law did not recognize Christianity as lying at its foundations..”[9]

Jonathan Trumbull – Judge, Legislator, Governor of Connecticut, Confidant of George Washington. A person that is a judge, especially during the very early years of this nation was well aware of the intent of the Constitution and the Bill of Rights. While he was Governor of Connecticut he called for a Day of Thanksgiving, as many governors did during the Revolutionary War and the years after to thank God for the blessings that He bestowed on America. He asked that “God would graciously pour out His Spirit upon us and make the blessed Gospel in His hand effectual to a thorough reformation and general revival of the holy and peaceful religion of Jesus Christ.”[10]