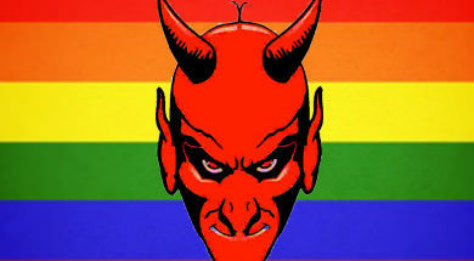 ANTIOCH 6/5/16–When Trevor Dunning first entered the Trinity Christian School speech class, he was personally greeted, as each student was, and a few words of welcome were exchanged.  He stood out with his solid physique, along with a soft intense face. However, the moment he spoke, his struggles became obvious.

While talking, he would suddenly push out a breathy deep, “UHH…UHH,” which came every three of four words. It was a severe stutter problem. He had enrolled in my speech class to hopefully be able to speak better. As he spoke to me a couple of kids in line elbowed each other in the side while softly giggling. When the classes started they began to laugh at him as he tried to express himself.

This was the first day of the semester. The students suddenly became silent and attentive. “First of all, don’t you EVER mock or laugh at someone who has a handicap of ANY kind, or ANYONE who is differant. As a Christian you are supposed to encourage everyone you meet, especially those with difficulties. You are to respect EVERYBODY.  Is that clear?”  They all soberly nodded their heads.

Then I added, “Trevor shows more courage than ANY of you. Knowing his problem was abnormal he was determined to enroll in this class, in an effort to conquer his speech defect and to eventually stand up and give a speech. All of you can learn a lot from this very brave young man. Now don’t forget for one moment what I have just said.”

Things went well from that point. Trevor told me that he wanted to study to become a doctor. I told him that as a doctor he would have to speak publicly from time to time so he was in the right class.  I would find and purchase a book on human anatomy to give to him with encouragement.  I spent a lot of my own time with him during that semester.

One day I called his father, David, to tell him that I wanted him to bring Trevor over to our TV studio where the church produced several programs. Trevor knew what was up, his father did not.  During the broadcast I told the TV audience that some of my students have a presentation and then introduced Trevor.  His father looked puzzled. The young man came onto the set with poise, confidence and gave his entire presentation without one stutter.  His father was amazed at what my speech class had accomplished for his son.

After his graduation from Trinity, his father put him into a public high school. I heard nothing from Trevor during the years to follow. I did see his father in church a couple of years later and he told me that his son was doing great in high school, and was on the football team. He was beaming with pride and extended again his appreciation for what I had done for Trevor.

I have a blog with over 5 million viewers. I had published a column titled: “Heart to Heart Talk with Transgender.”  The link to that website is: www.revaustinmiles.com

A couple of days after that, I heard from Trevor for the first time since he had entered high school and begun College. Here is that email:

—–Original Message—–
From: Trevor Dunning
To: chaplainmiles
Sent: Wed, Jun 1, 2016 3:49 am
Subject: The Subject Matter of Your Blog

Rev. Miles,
This is Trevor Dunning whom you taught speech to at Trinity Christian. I used to look up to you when you were my teacher, but after reading some of the things you write about on your blog, I have lost all respect for you. The way you condemn those who are homosexual or transgender is sickening to witness. I may not personally agree with how they choose to live their lives, but that’s not my place to say, and it is certainly not your place either. They are human beings that have the right to live their lives as they choose, and they should not be discriminated against or looked down upon in any way. It’s not man’s place to judge. Also the way you talk about those who are of the Muslim faith is sickening as well. Their beliefs should be respected by all. They do not deserve the sort of discrimination that you and others like you spread. I can’t believe I respected such a bigoted individual such as yourself.

When I saw the email was from you I eagerly opened it, then, could not believe what you wrote to me or the names you called me.. No doubt I failed you as a teacher….I failed to teach you respect.

The email Trevor sent me used the precise language used in the LGBTQ handbook. It can only be made sense to know that he had gone on from Christian School to be “educated” by our liberal-progressive public schools. There they open each semester by stating:   “First of all, there are NO absolutes.  What is right for you is right, even though it might not be right for anybody else.  What is right for someone else may not be right for you. What is wrong for you may not be wrong for someone else.”

It is especially puzzling that he seems outraged that I am not supportive of Muslims. They have bombed our country, cut the heads off of thousands of Christians and have individuals and sleeper cells scattered throughout America for the very purpose of killing us all which they have declared to do.  So he is right, I am cautious about Muslims.

As for the LGBTQ community that he so curiously protects (?), has he really READ my stories?  Here is the link to one that was published before he wrote me the email above.:  http://www.renewamerica.com/columns/miles/160603

Here is what happened to a previously great Christian lad with great potential who was sown to the liberal progressives for them to mould him into the exact Manchurian Candidate that they want him to be for the (new) America. He will be trained as a communist and fully indoctrinated into the world of LGBTQ. This training actually begins in Kindergarten today.

PARENTS-TAKE NOTE!  Get your children out of public schools with no further delay. Above, is one example of what happens to kids that are surrendered to the socialist public schools. Even strong Christian kids will be fully indoctrinated with peer pressure to become a God-denying LGBTQ supporter. Is this what you want? Again, look at the above example

PASTORS-TAKE SPECIAL NOTICE.  It is incumbent upon you all to open a Christian School at your churches. It is not difficult to do. This is your DUTY to God and the citizens you serve.

CONGREGATIONS-PARISHIONERS TAKE NOTE:  If your church does NOT have a Christian school, insist that they form one and offer to assist in bringing this about.  This cannot be stressed too strongly.

For guidance, contact Bob Boyd at NACE-National Education of Christian Educators. This website address is: www.issuesineducation.org. Check out the links there.

There are too many Trevor’ today, who turn their backs on God, and the very ones who have mentored them, as the above example clearly shows. Please do not ignore this voice crying in the wilderness. If you really love your children, this is what you will do.