I am Christian and I Do Not Hate You 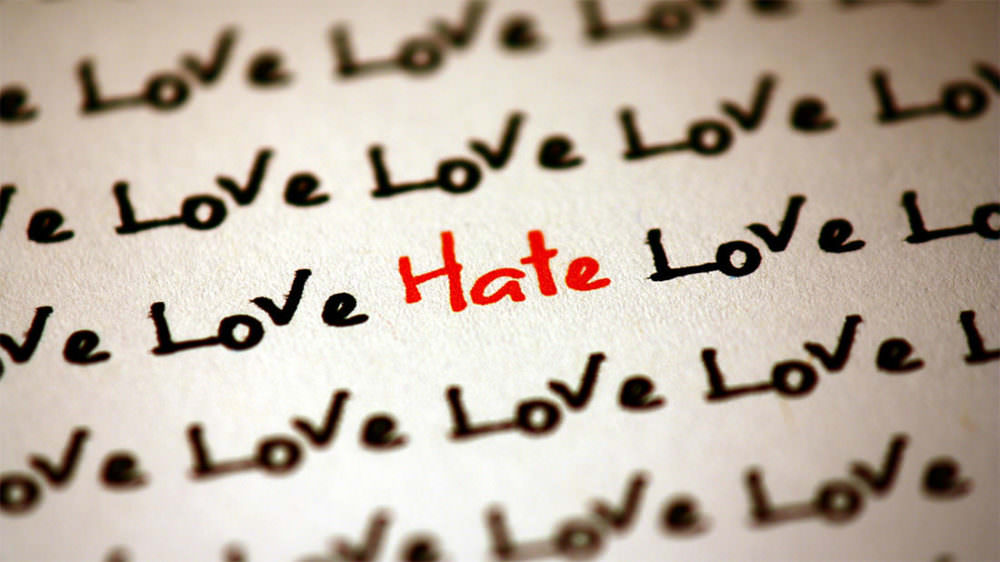 I am Christian and I do not hate you.

I keep reading posts and articles that tell me because I am a Christian and I believe certain things, I must hate.

Sadly there are many people today who do not understand Christianity and feel that just because we believe differently, we Christians must be haters.

If anyone who feels this way would take the time to really read the Bible and open their hearts to the God who wrote it, they would feel quite the opposite. How can we as Christians hate as much as these people think we do when our leader, Jesus said things like, “Love your enemy,” and “Pray for those who despitefully use you.”

How can we Christians really hate those who we call sinners when Jesus is the one who called sinners to repent and follow Him? He forgave the woman caught in adultery and others who had sin in their lives and told them to go and sin no more.

Jesus said, “Judge not lest you be judged,” and this is often quoted by those who don’t understand what being Christian is all about. Yes, Jesus did say that, but He went on to say in Matthew 7:1-2 that we will be judge with the kind of judgement that we ourselves judge with.

“Do not judge, or you too will be judged. 2  For in the same way you judge others, you will be judged, and with the measure you use, it will be measured to you.”

He then went on to judge the religious types of His day and call them “White washed tombs, outwardly clean but inside full of dead men’s bones.”  And He judged those who were profaning the Temple and threw them out.

His meaning is that when we judge, we need to judge righteously and with discernment.  We are called to judge sin and to call it by name, but we are not called to judge the sinner, that is God’s job.

For example, if you had a son, daughter or best friend and you saw they were destroying their lives with drugs or alcohol, would you hate them because of it? No, you would love them even though you might hate what was killing them. Wouldn’t you at least talk with them; hopefully trying to show them what they were engaging in was killing them? Of course you would. That is not hate; that is love.

I do not hate the homosexual.

I as a Christian do not hate the homosexual, but I do hate the sin that they force me to accept as normal.  What they do in their own lives is between them and God and they will have to answer for it. My job is to love them as children of God and to pray that God will help them find the right path.

People are people, and most people have a lot of good in them. Even so, the Bible tells us that, “All have sinned and fallen short of the glory of God.” Jesus tells us something important in Matthew 7:

I try to remember this teaching when I am tempted to judge others. I remember that I am not perfect either. I may not like the sin, but I must remember to love the sinner, just as God has loved me.

In my life I have worked with a lot of people, and I find that most of them are very pleasant and fun to be around. I may feel or see that there is sin in their lives, but I also see the good in them that spark of God given life and fun. And I pray that God will help them overcome whatever sin is in their lives. Again, that is not hate; that is love.

I am a sinner, so are you and so are we all. And we all need love and forgiveness. That is why we all need a savior, Jesus Christ.

I do not hate the transgender

I do not hate the person who describes themselves as transgender, but I do not want my wife, or daughter, mother or son forced to share a public bathroom, changing room, shower or locker room with a person of the opposite sex because someone in the government says they have to.

I know that most if not all transgender people are not the kind of person to openly hurt someone, they, like most of us, just want to live their lives in peace. But does that mean that women must be fearful when they enter a public rest room? Does that mean that girls will have to watch a male shower or change in a public locker room?

As I said above, we are all sinners, and because of that fact, there are those who will take advantage of these “so called” open polices to exploit women and girls or attack them. These would not be true transgender people I am sure, but those who would pretend they are one just to gain access to a women’s rest room or locker room, either to watch them or to rape them.

Who among us do not see the problem with a young girl, who identifies as a boy, showering with biological male’s just entering puberty?  I don’t even want to think about what could happen.

As a Christian I believe God created us, male and female, man and woman, boy and girl and there are differences between us. We think about things differently, we look at the world in different ways. My wife for example tried to raise her two boys without buying them toy guns. What did they do? They found bananas and pretended they were guns and played with them all the same.

Males and females are different and I for one applaud the differences. One is not inherently better than the other, though they are each better at doing different things. Pointing this out and understanding the differences is not hate; it is love.

I do not hate the unbeliever

I believe Jesus when He says, “I am the way, the truth and the life, no one comes to the father except through me.”

Just because I believe that Jesus is the Son of God, does not automatically make me a hater of those who do not.

As a Christian I believe in a real Heaven and a real Hell. As such I find it hard to hate those who kill in the name of a false god when I know the fate that awaits them if they don’t repent and turn to Jesus as their savior.

I don’t hate them I feel sorry for them. And I am angry at the false belief system that teaches them to hate me because I don’t believe as they do.

When we as Christians try to point out to the unbeliever the fate that awaits them, it is not hate motivating us; it is love.

Jesus came to the Earth to save the sinner and open the Kingdom of Heaven to all who believe. He did not force anyone to believe, but He offered Himself up as a willing sacrifice for the sins of the whole world. For my sins, for your sins and for the sins of the unbeliever too, He gave up His life that we might live.

We as Christians offer the Love of Christ to all who would accept it; we don’t ram it down their throats at the point of a gun or a knife or threaten to kill them if they don’t believe.

I don’t hate the unbeliever, I pray for them.

This is who I hate

If I am going to be honest with myself as a Christian the only person I truly hate is Satan. It is he who prods those seeking to do wrong on to do their dark deeds. It is he who plants seeds of hate in the minds of people created in the image of God Almighty.

It is Satan who whispers in our ears words of hate and division. It is he who teaches us to hate one another.

There is nothing I can do to change Satan; all I can do is stand against him. In order for me to do that, I need Jesus and the Bible; it’s not something I can do on my own.

Satan is the hater in this world, not the true follower of Christ.

“By this everyone will know that you are my disciples, if you love one another”

If we truly are followers of Christ then we do not hate, we love and we pray for those who falsely hate us because of whom we follow.

In the Sermon on the Mount we often quote, Jesus tells us this in Matthew 5:10-12.

10 Blessed are those who are persecuted because of righteousness, for theirs is the kingdom of heaven. 11 “Blessed are you when people insult you, persecute you and falsely say all kinds of evil against you because of me. 12 Rejoice and be glad, because great is your reward in heaven, for in the same way they persecuted the prophets who were before you.

I for one would rather be Blessed by Jesus because I believe in Him and stand on His word, than applauded by those who don’t.

I am A Christian and I do not hate you.