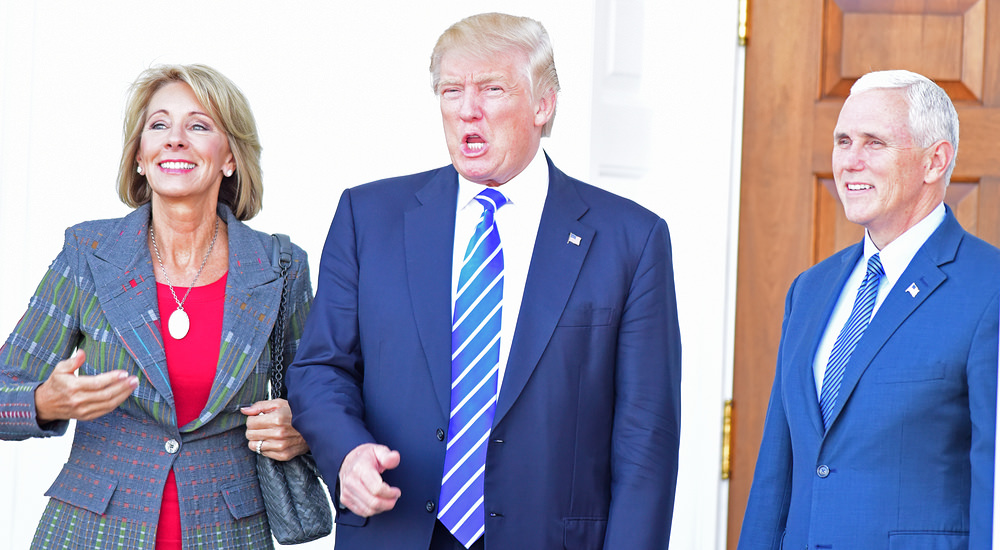 So far we have seen thousands tear at the seams of Nikki Haley, current governor of South Carolina, who was greatly admired for her calm leadership through many disasters the state endured over the last 20 months, to Betsy Devos, the picture of Conservative capitalist business ownership, and to calling Mitt Romney, a gentleman who was more aware of world events that the current president during the 2012 election bid as nothing short of being a trader and a liberal. These are not the stories of true conservative leaders who have made true changes in the political and business world without excuse or grandeur.

President-elect Donald Trump nominated South Carolina Gov. Nikki Haley for U.S. Ambassador to the U.N.; is considering Mitt Romney for secretary of state, and Ben Carson for secretary of HUD, while passing the chalkboard to Betsy Devos.

“Governor Haley has a proven track record of bringing people together regardless of background or party affiliation to move critical policies forward for the betterment of her state and our country,” Trump said in a statement. “She will be a great leader representing us on the world stage.”Haley, who has accepted the offer, said she is “honored that the President-elect has asked me to join his team and serve the country we love.’’

Mitt Romney seems to be tailor-made for the job at State (“straight out of central casting).

The Wall Street Journal on Tuesday reported the president-elect is leaning toward nominating Romney to serve as secretary of State, with Rudy Giuliani another top contender. Trump considers Romney to be the prototypical choice for the job, according to the report.” Per the Resurgent on 11/22/16

Now we have the Nazi segment of Donald Trump support clambering to convince Donald to run from true Conservatives accusing them of wanting to “muddy the water” even more. We see the RINO segment stating that these people are liberal because these potentials are not agreeing with the RINO perspective of Isolationism and Hawkishness against all foreign countries.

Adding Carson into the mix, in some limited role would be like adding a little c

upid to Donalds otherwise public display of hatred, and maybe we might see some position for Hillary since Donald knows that the Clintons are a “good family”.

America is not ready to see, but will soon enough the nominees for secretary of defense, the AG, and other positions, but it will more than likely take more than Mitt, Nikki, and Carson to create unity where Donald himself has made the San Andreas fault look like a crack in the sidewalk when it comes to dividing America more than it has seen in over 100 years.