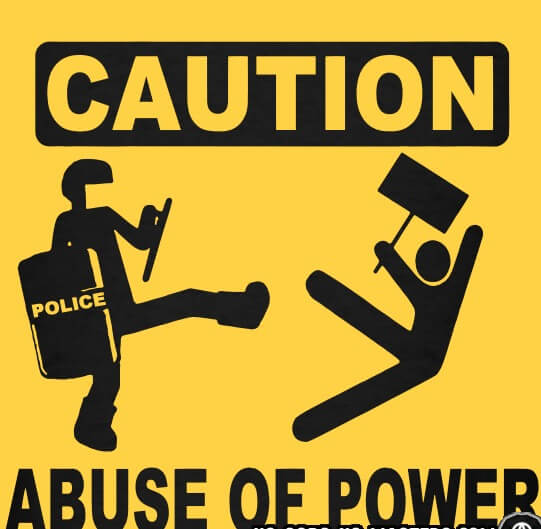 On the coast of North Carolina there are many wonderful beaches and islands to explore. Most of them are fairly serene where families go to get away from the hustle and bustle of everyday life. Islands like Ocean Isle, Holden Beach, Oak Island and Caswell Beach are separated from the mainland by the famous Intracoastal Waterway. I can personally attest to the beauty of this area and understand why families go back year after year.

Across the Cape Fear River (yes, that Cape Fear from the movie) from Fort Caswell on the end of a peninsula is Bald Head Island. Bald Head is a resort and nature preserve. Being a relatively small and quiet area, the village has all but given up cars, opting instead for golf carts as the main mode of transportation.

The Mall family, like many others, has been vacationing on Bald Head for years and until last summer had never heard of or witnessed an incident on the Island. But last summer that all changed.

The family was in their cart driving back to their cottage one evening when their 11 year old son asked if he could drive the cart the last two blocks. Being that it was a golf cart and there were no other carts on the road/path, according to the mother Julie Mall, she and her husband said okay.

Evidently this is a major no-no. An officer in a tricked out police “golf cart” spotted them and pulled them over. Things just went from bad to worse. According to accounts by Julie, the police officer was saying “How old is this kid? Are you guys drunk? I could write you up for child abuse.” Child abuse –really?!

Mrs. Mall then made the mistake of saying “You ought to be ashamed of yourself and I stuck my finger in his face.” Whether you think you are right or wrong, you never do something like that. Be polite and maintain your cool, but I understand in the heat of the moment, a mother not thinking.

The officer then radioed for backup. Backup – really? After “backup” arrived the officer told Julie to go back her cart or he would cuff her. That’s when things got ugly and when her husband pulled out his phone and started recording.

“He lunged across at me, twisting my arm behind my back. I’m hysterical. I’ve never been that scared of anything in my life,” she said. She then fell to the ground kicking and screaming as her husband filmed, all the while shouted “what is going on,” at now the three cops atop his wife and one standing to the side. Yes, four cops dispatched to subdue this maybe 110 lb woman who claimed she had one glass of wine hours earlier. They never gave an explanation to the husband.

After her arms and legs where shackled, she was lifted and placed in the back of an awaiting cruiser. All this is on video.

After Julie was charged with resisting a public officer, intoxicated and disruptive behavior and misdemeanor child abuse, she was then taken by ferry to the mainland. She then had to appear twice in court later in 2015, where all charges were eventually dropped being that the arresting officer never showed either time.

“The police report states that both Julie Hall and Scott Hall were intoxicated when their cart was pulled over for being driven by an underage driver,” which is interesting considering the husband was not tested.

I almost always side with police, but they screwed this up royally in my opinion. Cops aren’t soldiers. They are supposed to be trained to stay calm in incidents like this so that things don’t unnecessarily spiral out of control. I realize a lot of them used to be soldiers and some American cities are like war zones, or worse, but sleepy Bald Head Island is not Detroit or the south side of Chicago. These cops aren’t on constant heightened alert for some thug to come out of the shadows and shoot them in the back.

Obviously these parents shouldn’t have let their 11 year old drive the golf cart, but it didn’t have to escalate into this. That’s on the cops. They’re supposed to be the professionals. The police officer could have simply pulled them over and told them that they can’t let an 11 year old drive and warned them not to let it happen again, rather than charging them with some lame politically correct child abuse crime. And it was a golf cart!

For her capital offense, Julie is under threat for the next two years that the state could reinstitute the charges. Cops or no cops, this is yet another case of the Nanny State gone wild.