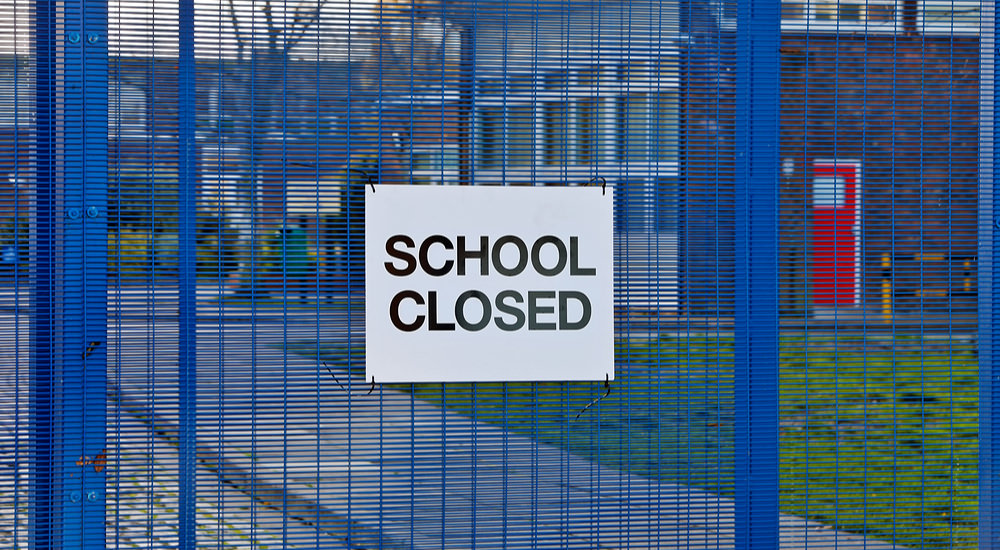 Public school districts across the nation are dead broke or headed that way in a hurry. We can naturally assume the ones in the worst position are districts in cities controlled by democrats. We’d be right to assume this.

What the cause is should also come as no surprise to anyone – I mean, except for other democrats who always fixate on infrastructure. US News reported back in March that Hillary suggested the “Department of Education reinstate a federal program to assist states and districts with funding to repair and modernize schools.”

Truth be told, democrats like Hillary may be corrupt liars, but they are not stupid. They know full well what the problem is, but won’t and can’t broach the subject – not if they want to be elected or maintain the office they currently hold.

“Chicago, the city school district – the third-largest in the country – is a whopping $1.1 billion in debt. Already laying off staff and imposing unpaid furlough days, it most recently told principals to stop spending money altogether,” write US News. Chicago has been under democrat control for 84 years.

Naturally, Hillary and the other democrats are fully aware of this. Like I said – they aren’t stupid. However they also know, and can’t say, that the problem isn’t a lack of repair or modernization.

They know, as do we, that it is public sector unions who are the culprits, in the form of salaries, benefits and pensions.

“Pensions are one of the most untold stories of why this is happening,” says Chad Aldeman, an associate partner at Bellwether Education Partners, an education policy organization in Washington. “These are big dollar amounts at play that people haven’t conceptualized.”

According to the Federal Reserve, employee pensions across state and local governments are underfunded to the tune of $1.7 trillion, and according to a “policy research arm of the State University of New York, teachers plans are a disproportionate share of that.”

Not that it would or could get this bad in the private sector, but if things were to degrade to a point where a company was

struggling mightily, employees would certainly be asked to pitch-in a bit more, or possibly even agree to a temporary pay cut – at the very least, a pay freeze. But not in the public sector where money apparently grows on government trees.

Not government workers, who, like everyone else in government, can never do with less, or even the status quo.

Zero Hedge reports that the city of Chicago, despite being dead broke, has offered the Chicago teacher’s union a four year contract, included a 13% raise during that period.

Any normal group of employees would jump on this deal, knowing what they know of Chicago’s financial woes. But not the Chicago chapter of American Federation of Teachers. They rejected it outright, because the city had the unmitigated gall to request that they contribute a little over 2% more to their own pension fund. Oh the horror! They are due to go out on strike on October 11 – for the second time in four years.

Some may say – why should they have to pay? We all know teachers don’t go into this line of work for the money – they do it for the welfare of the children. It’s always about “the children.”

Let’s just see how disadvantaged these teachers are. The average salary for a Chicago teacher is over $78,000 per year. Good, but not great. Wait – I’m not finished. Now add to the salary, over $28,000 in benefits and a Chicago teacher’s compensation is around $106,000 a year. And remember – this is not the dreaded private sector, where performance actually means something. That’s $106k for a really good teacher and the same for the really bad ones, which they can’t fire because of the union. Oh, and teachers get to retire on average of $50,000 per year.

Oops – almost forgot. This they get paid for an average of 180 work days per year. Small wonder these cities are all dead broke. But the teacher’s union doesn’t seem to care. They will get what they demand or strike – for the good of the children of course.