Chicago Hate Crime Exposes what the Media Has Become 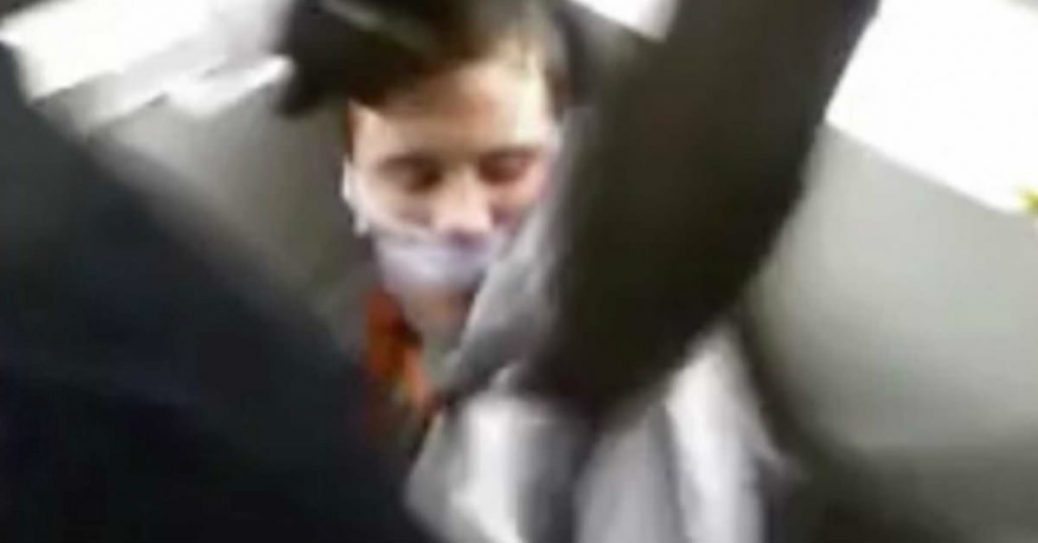 Several stories posted on conservative websites this morning exposed what most conservatives already know: the media will instantly scream at the top of their lungs when hate crimes are perpetrated by “the right” but hold out against hope when they’re perpetrated against “the right.” That’s how it’s perceived, at least, and for the most part it’s true. However, this is a deeper, more sinister problem that deserves a response.

We all know what would happen in a reverse scenario. Had four white people kidnapped and beaten a special needs minority while chanting racial hate and insulting a Democrat, there would be riots. Buildings would be torched, people would get shot, and general havoc would ensue across the nation. The mainstream media would be stumbling over themselves like ravenous wolves to condemn the “atmosphere of bigotry” perpetuated by President-elect Donald Trump.

Instead, we have stories buried as if this wasn’t a big deal. The left is forcing themselves to yawn at this one because to give it attention would mean acknowledging that their narrative just experienced a setback. The vast majority of mainstream media publications are doing their obligatory mention, then moving on and telling the people, “Oh, look at what Trump Tweeted about Toyota!”

As I said, this is much more sinister than we can possibly realize. It’s worse than the fake news epidemic. It’s worse than the media’s obsession with being part of the story. In fact, it’s worse than state-run media. Some say that the media is the Democrats’ Pravda. Technically, that’s not true. The media has become the mouthpiece of the liberal ideology itself. This is much more dangerous than being controlled by the government or a political party because it empowers them to spread their narrative and promote their agenda without the majority of Americans even realizing it.

Let that sink in.

The media knows that if they all say something, it would be considered true. If they all bury a story, it has a chance of going away. To prevent this, two things must happen. First, the outcry from the right must be loud and persistent. In the case of the Chicago hate crime, we did just that. The facts surrounding the story combined with the incessant discussions on social media and conservative publications made the mainstream media push the story back to the top after initially burying it. They’re not at the point that they can dictate what the people want reported. Not yet.

The second thing that can bury a story is another story of substance popping up. It doesn’t have to be bigger, necessarily, but if it’s big enough and new, the media will have a “valid” excuse to bury the bigger story that goes against their narrative. We’ve seen this very recently. The U.N. resolution and subsequent condemnation by John Kerry against Israel had a day in the spotlight before Barack Obama changed the conversation by sanctioning Russia. Like clockwork, mainstream media turned their attention (and America’s attention as a result) away from his heinous acts to focus us on something else. The Russian sanctions will amount to literally nothing while the actions against Israel will affect America and the Middle East for a long time. Thanks to the media’s coverage, many will never know this until it’s too late.

This is a sickness that’s spreading through the media. Liberalism and agenda-building are becoming the primary business of newsrooms across the country.

We’ve seen this progressive ideological sickness in a more advanced form in universities. The media is a step or two behind them, but they’re bridging the gap. In education, it’s advanced beyond the intellectual shift we saw in the 60s and 70s. It’s progressed past the blatant bias we saw up to the turn of the century. In recent years, it’s hit its final manifestation as an accepted concept. Americans no longer have an illusion that their children will be fed anything but a steady diet of liberalism by their professors. The same thing is now happening in the media.

As conservatives, we allowed it to happen in education because we were too busy doing things to notice. They say that the best conservative minds in an industry build companies while the best liberal minds in an industry become professors. That’s how we got to the point we’re at today. It’s imperative that we do not allow the same thing to happen in the media. They’re pushing forward towards public acceptance of their bias. We must draw the line here and start pushing back.

I often write that conservative publications must take the high road. The only thing that upsets me more from a journalistic perspective than liberal media’s growth is when “conservative” media outlets play games. The standards at so many of the most popular conservative websites are low. They use click-bait headlines and skew facts in a way that makes us look just as bad as liberals. This is why I spend so much time writing every day for multiple publications. We have to take the high road. We have to be the counterbalance rather than simply the biased foil against mainstream media’s agenda.

What happened in Chicago needs to be called out for what it is. The media needs to be called out for burying the story. As conservatives, we have to balance our desires to spread the right word with the necessity of keeping the truth on our side. When we play their games, we’re giving fodder to those who want to paint us as “the right,” a label that they’re quickly positioning as being a bad thing.