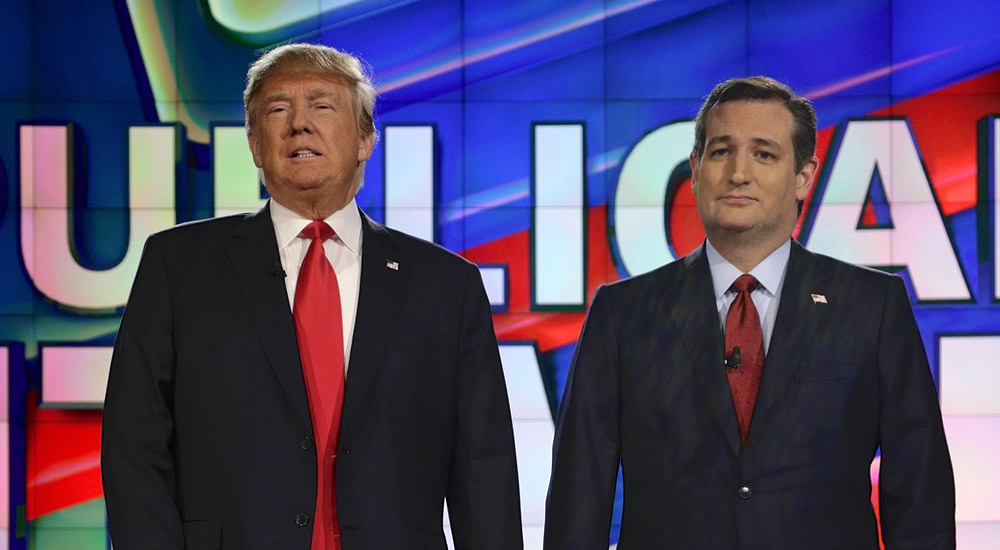 I am laughing out loud right now and have been since last night, the third night of the Republican National Convention. Trump again has demonstrated why he has been such a success without spending the kind of campaign cash every one of his opponents has had to spend.

So here was the meme presented by the media — Donald Trump graciously, or naively, depending on the talking head, invited Ted Cruz to speak at the Republican convention. Not only did he offer Cruz a Prime Time speaking slot, but he agreed that no one would “vet” the Cruz speech in advance.

The press was all aflutter — would Cruz endorse or not endorse? Expectations were set that there would be a lukewarm endorsement, but a level of doubt was maintained by Trump operatives. Looking back, doesn’t this seem to be a repeat of the #AnyonebutTrump, weak and ineffective attempt to change the party rules and again attempt to disrupt the convention on day one? It was like watching another episode of Law & Order — the same characters, the same basic story line, but with a twist thrown in here and there to keep things interesting. Talk about “False Flag” incidents, it is becoming increasingly clear that all of the “turmoil” the press has so breathlessly reported on at the GOP convention has been expertly choreographed by, guess who — Donald J Trump.

Until about an hour before Ted Cruz’s speech, everyone was in doubt, speculation ran rampant, talking heads spoke endlessly asking would he or wouldn’t he. The drama was further escalated by talk about Cruz running for the Republican nomination in 2020, challenging Trump in the primary. Of course almost everyone sort of missed, ignored or gave short shrift to the thought that Trump may not be the incumbent president — the entire narrative set a clear expectation again that Trump will be the incumbent president in 2020. Such narratives are the dreams of campaign managers.

Nothing sells ratings like controversy and the Republican convention now has had controversy galore. Ratings skyrocketed as viewership of the convention shot through the roof. Why not? Everyone in the press loves a train wreck.

So Cruz finally stepped onto the stage and did exactly what Trump most wanted him to do. You have to ask yourself what Trump would gain from a Cruz endorsement. Not One Darn Thing! On the other hand, what does Trump get from Cruz’s refusal to endorse? Media excitement, controversy, and a “Bad Guy,” a “Snidely Whiplash,” the evil cowboy dressed all in black for the audience to unite against and hate.

By the end of last night, Trump had accomplished his two greatest goals for the GOP convention: Republicans are united against Shrillery and the rank-and-file is united against Cruz and those GOPs who have continued to refuse to fall in behind the Trump parade.

Masterful! Absolutely masterful. I am in awe.