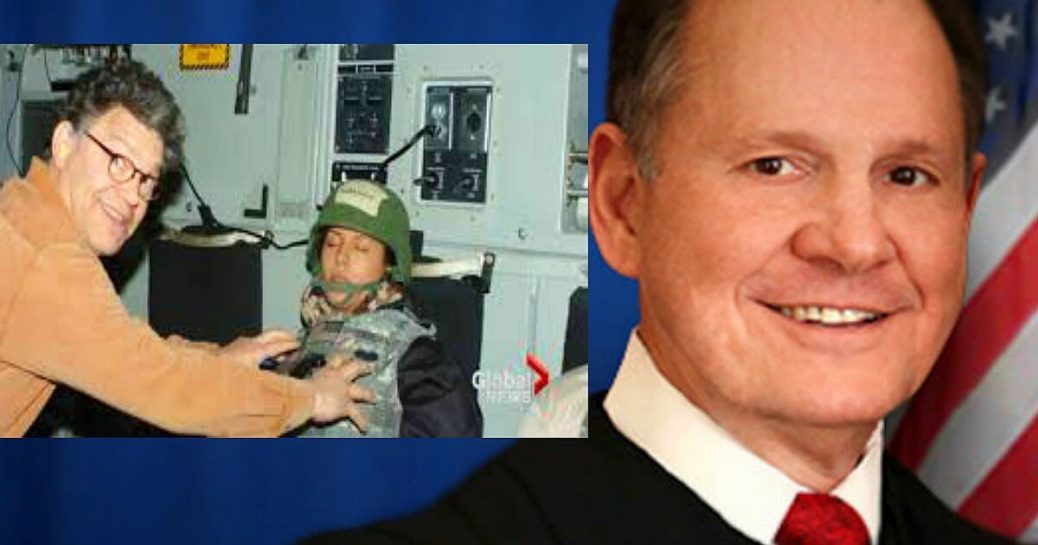 After spending the last four months moving from Florida and settling into our new home in West Virginia, Mary and I are on the road again. We are flying to campaign for Judge Moore in the Alabama senate race. Moore’s democrat opponent, Doug Jones, is a horrible deceitful man. Jones supports slaughtering babies even up to the point of birth. Jones supports Planned Parenthood trafficking baby body parts for profit. American loving Alabamians, you must get out and vote against Doug Jones. Jones is an anti-America and Trump-resistance operative disguised as a good guy. http://bit.ly/2njPaK3

We drove 3 hours to Baltimore the day before our flight to fly out of BWI. This gave me an opportunity to visit and chat with several relatives. Most of my black relatives believe Trump is racist. They reject truth/facts, clinging to their emotion-driven loyalty to democrats.

Sexual harassment is a hot topic. I wanted to get my liberal democrat relatives’ thoughts regarding sexual harassment. Each of them believe sexual harassers should be punished. They also believe much of what is now labeled “sexual harassment” is simply men being men and women being women in the workplace. In a word, “biology”.

This same relative is a retired Baltimore city police officer. She said being a rare female black officer had its challenges. She witnessed female cops being sexually harassed. My relative said she instructed fellow cops how to treat her. She won their respect. She has lifelong friendships and fond memories of her career in law enforcement.

Folks, we instinctively recognize sexual jerks. Mary and I attended a great church in which members greeted each other with a hug. Mary stopped allowing a member to hug her because she felt he was a sleaze. I would hate to see that church abandon it’s warm greeting because of a jerk to two.

Leftists always launch bogus narratives. If we dare disagree or submit facts proving their narrative untrue, Leftists attack; calling us intolerant, haters, racists, sexists and homophobic. For example. Leftists say women “never” lie about sexual harassment. If anyone dares to say a woman should have proof before destroying a man’s life, Leftists launch a shock and awe campaign to brand that person a supporter of sexual assault. That person shuts up, runs and hides.

The investigation video of a woman accusing a cop of sexual assault was posted on youtube. The beautiful sophisticated young woman gave an extremely compelling tearful account of the officer ordering her out of her car and fondling her private parts. The cop’s dash-cam confirmed that he gave her a traffic ticket without her leaving her car. After showing the cop’s accuser the dash-cam video, the investigator asked why she tried to destroy the officer’s life. She replied, “He stopped me unfairly.”

A relative recalled his ugly divorce. He said, “I fought her in court as the mother of our kids (not disclosing her adultery). She fought me like I was Mike Tyson”. She lied, accusing him of abusing their kids. Despite any evidence of abuse, my relative was screwed; the judge ruled against him.

This was interesting. My liberal democrat relatives thought 20 year old sexual harassment allegations were laughable; not to be taken seriously. Therefore, the 38 year old allegations against Judge Moore did not impact my relatives’ opinion of him. LOL…they hate Moore solely because he is a Republican.

Surprisingly, my democrat relatives disobeyed political correctness; verbalizing thoughts that would cause Leftists to high-tech lynch a conservative. A democrat male relative brought up the mixed messages women send in their dress and behavior that we males are not suppose to notice. He said during praise and worship in church, he has seen women twerking in stiletto high heels. http://bit.ly/2zL595W It is pretty challenging for a guy to keep his mind on God when a woman is flip flopping her derriere in the next pew.

My democrat male relative’s comment about women sending mixed messages is valid. Psychologists are sounding the alarm about sexualizing little girls’ bodies and fashions. http://bit.ly/2jIpKAZ Radio talk show host Glen Beck said he was shocked and frustrated by how hard it was to find tops for his daughter that did not expose her bellybutton.

A relative has coached kids football for 30 years. He said he has watched cheerleaders’ dance routines become progressively raunchier; twerking and so on, with female parents cheering the little girls on. “Git it girl! That girl is gonna be something when she grows up!” He dared mention to a female parent that he thought the cheerleader routines were getting too sexy. The parent accused him of being a dirty old man. This shut him up.

When Mary and I ran an arts center, we allowed local Hispanic dance groups to practice there. On numerous occasions, we were shocked by the sexy dance moves the kids were taught. The more the girls well executed the sexy dance moves, the more female parents excitedly cheered them on. Mary and I were cautioned to keep our mouths shut; told that it was a Hispanic “cultural thing” that we did not understand.

My 89 year old dad shared with me that back in his dad’s day, it was exciting to see a woman’s ankle when she stepped up onto the streetcar. Today many women dress leaving little to the imagination. Male relatives educated me about a new street term, “camel’s hoof”. I feel a little embarrassed just mentioning it. The term refers to what young guys say they see when women wear skin tight pants.

The consensus of my liberal democrat relatives was women cannot have it both ways. Women cannot flaunt their sexuality and become outraged when men notice. Again, my relatives said “real” sexual harassers should be punished.

My wife said a woman has the right to walk down the street nude and men do not have a right to touch her. I said, “I agree. As a black man, I have a right to attend a KKK rally and yell, ‘Where are the white women?’ My behavior would be unwise.”

Like ambulance chasers, suddenly TV lawyers are soliciting sexual harassment cases. All I am asking is that we not allow ourselves to be manipulated by those who exploit the issue of sexual harassment. Let’s deal with every allegation fairly and honestly.