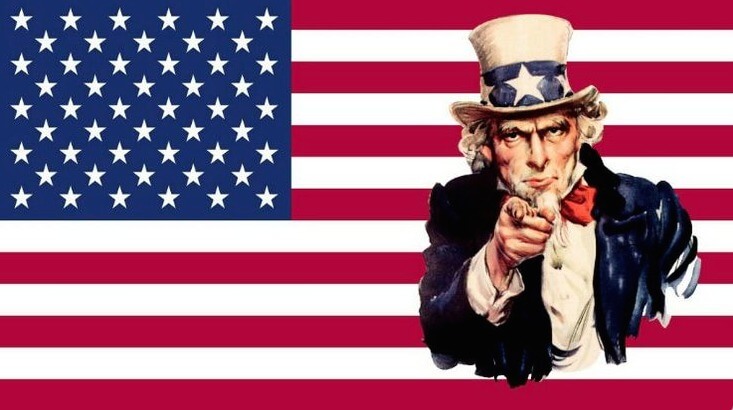 When a person is forced to enter the armed forces or any other endeavor against his will he has taken on the status of a slave.  He or she must do as they are told, work for whatever the enforcing agency decides it will distribute, and – until they are liberated from this servitude status – they are not free to pursue their life’s dreams or ambitions. In this condition they can aptly be classified as slaves. The slaves that lived under the whip of the plantation owners (a practice enforced by law ) did not have the opportunity to choose their goals and ambitions, were compensated at the whim of the owner, and had their freedom held hostage by the whim of the taskmaster. The essence of slavery does not change simply because you decree enslavement is for a patriotic cause.  And it does not matter what color the plantation owner or the slaves are.  The practice of slavery knows no color boundaries.  A person enslaved (whatever their color) and an enslaver (whatever their color) are participating in the institution of slavery.

You would think a person whose ancestry witnessed this deprivation of personal liberty would recognize this principle and be adamant about preventing this ugly practice from raising its head.  Such is not the case.  Charles Rangel, a U.S. Representative, has openly and vocally called for the reinstitution of slavery in the form of a military draft.  This cannot be attributed to ignorance. But in the halls of Congress do we hear any outcry?  Do Representative Rangel’s constituents want their voice in Congress to echo the practice that alienated a nation?  Has our school system become so corrupt that people who had ancestral slaves cannot identify the principle when it is advocated?  And what of a Congress that doesn’t name the nature of the draft and its advocacy?  Many men have been drafted and survived the ordeal and some may even look upon the experience as something they think was good for them.  This is irrelevant.  If they were told that they could be drafted again and that they would have to forfeit their plush office in Washington you would see the rebellion that should be staged in the name of human freedom and dignity for all citizens.

A draft is often initiated when a country cannot get enough volunteers to defend the nation.  This says a lot for the view of the war they are being forced to fight in.  In the “War on Terror” there are ample volunteers because most Americans understand what is at stake.  The problem is not a lack of soldiers but the lack of will in Washington to declare an objective of total and complete victory.  The soldiers of today fight to avoid slavery not endorse it.  They fight for the liberty to live their own lives after the enemy has been subdued.  The trouble is that their willingness to fight is undermined by a stupid appeasement policy that only perpetuates an ongoing stalemate.  As this policy continues you will see a greater reluctance for volunteers.  To fight to win is one thing.  To fight to hold a position is simply a suicidal delay that culminates in total defeat.

How this escapes our public officials can be easily explained by their simplistic and ineffective philosophies.  They don’t even recognize the meaning of freedom of the individual and they wallow in a soup of concern for people they brand as “innocents’ who sabotage our soldiers lives and pander to barbaric clerics claiming death is preferable to life.  Reactive philosophies ( such as Pragmatism ) listen to the voices of “concern” coming from pretentious “allies” and fail to act on the policies they haven’t formulated.  There is no firm resolve to ‘win a war” only the rhetoric that says that is what we are all about as we daily hold ground and lose troops. The enemy hides behind our “leaders’ evasions and we only hear the pontificating mantra of “long war and “ hard work”.  This is a form of slavery to the ancient discredited philosophy of altruism.  The confinement of one’s ideas to a limitation of free inquiry is a mind enslaved.  This is the reason such notions as slavery arise.  A short range limited mind cannot clarify and hold principles and bounces to politically attention gaining babble never being concerned that the results may be counterproductive to life and human dignity.

It is the liberation of the mind from the constant chatter about faith and reiteration of myths that will ensure the ongoing protection from physical slavery in whatever form it may be advocated.  This is the job of the intellectuals spewing their subjectivist prattle to captive audiences in our universities.  Their vision of a liberated mind is to repeat what will be acceptable to their peers.  They have enslaved themselves and by passing on this attitude to their students produce puppets for Washington to recruit either as interns or cabinet secretaries.  It is their self imposed enslavement that is leading America to the exit from the home of the free.  And the prime example today is the enslavement proposed by Charlie Rangel.