Change for America, Not just what we need, but what we can see! Part 2 of 7 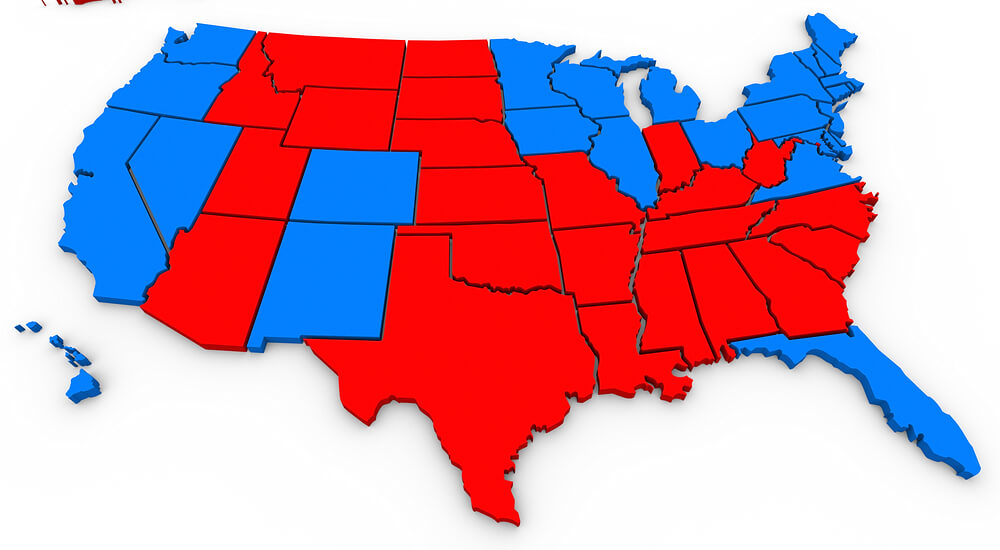 Our country is actually an accumulation of 50 states.

Each of which has their own rules, regulations, and laws and governing bodies. However, the Federal Government has seen fit to impose many laws across the country which tends to supersede the States. This is a problem as I see it. I believe that each state should actually be in a friendly competition with each other to not just gain a tourism trade, but a population as well. After all, if a state has more people living and working in it on a regular basis, wouldn’t they not receive the benefit of all the jobs that would be created for its inhabitants? They have to shop somewhere, eat somewhere, work somewhere and so forth.

If the States were allowed to have their own independent welfare laws and policies, abortion rules, Gay marriage rights and whatever, wouldn’t that give them the ability to either attract or repel a population to their state? Imagine a state that imposed all kinds of restrictions, laws, taxes and other unattractive ideals as opposed to one that offered more benefits and freedoms and opportunity for prosperity. Which one do you think would attract a larger population? Since the number of residents would in essence dictate the prosperity of the State, the State that was more attractive would probably attract more. I believe more power and control needs to be given back to states so they can have an opportunity to be all that they can be. You see, if a State allowed more people to say be on welfare and not contribute to the income of the State but instead withdraw from it, it would have to impose a larger burden on the people who WERE actually contributing to it to pay the way for those that don’t.

I believe that eventually, those that were working hard and paying for those that don’t, would get tired of it and move to another State that did not have such a high debt and actually rewarded those for their efforts as opposed to rewarding those who don’t put forth an effort. This would be a form of friendly competition. If a State wanted to allow for Gay Marriage, Pro Choice, Rights to carry guns and other freedoms that many people want, they would probably attract a population to help sustain it. My opinion is, if you want to “Marry” someone of the same sex, go ahead, if you don’t want to, don’t. If you don’t want an abortion, don’t have one. If you want to carry a gun, go ahead, if not, don’t. People should be allowed to make choices that affect themselves as long as they don’t affect others. As far as the abortion issue, well that will never end with a one or the other is right. It is a personal issue. If a State chooses to allow for a safe procedure, who are some of these people who say they can’t. Granted, if you don’t want or can’t afford a child, you should take some precautions. However, for one reason or another, unwanted pregnancies happen. Here is an idea. If a young girl gets pregnant but either doesn’t want or can’t take care of a child, someone who wants a child, and there are plenty of them according to the waiting lists we hear about for adoption, then those adoptive parents can foot the medical bills and expenses in return with a signing off of any future rights to the child. Not this “The actual birth mother always has a right.” You make a decision, and you live with it.

The States need to have more control over their State to be given a chance.

If you want to read the entire Change document at once, visit my website at