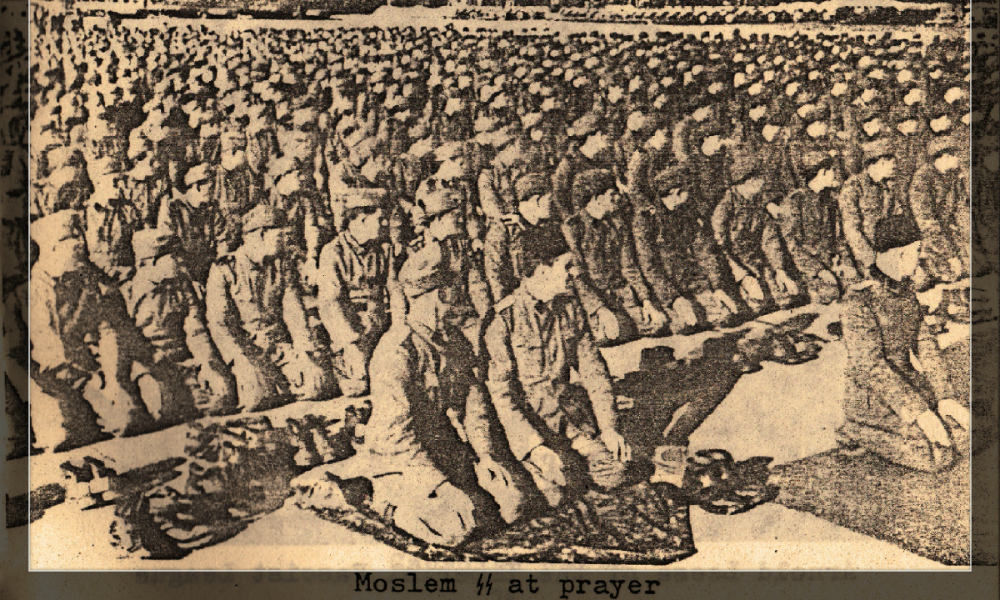 It is probably nothing more than rumor. Indeed, no sane person would consider it more. And yet, is it precisely because it is fantastic, that it is also disarming? Many times throughout world history, truth has proven stranger than fiction!

If this rumor, soundly based on historical precedent, is true, then it will certainly be one of the greatest Trojan Horse strategies of the 21st century! And ultimately, eugenicists and population controllers like Soros and Gates, will derive benefits from reducing world population further.

What is the rumor? It is this. There is a rumored Spring Surprise in Germany for Chancellor of Germany, Angela Merkel. It is a “gift” from those Moslems and Arabs who believed in Hitler who passed their curious beliefs on to Middle Eastern family and friends. (See photos of Moslems in SS and Moslem SS in prayer.)

Chancellor Angela Merkel of Germany will travel to Washington on March 14 to meet President Trump, in their first encounter after a rocky start to relations amid disagreements about trade and Mr. Trump’s travel ban. The Spring Surprise in Germany is tentatively scheduled shortly after her return.

To understand what the Nazi Moslems now in Germany have in mind, consider the 20,000 Moslem SS officers, who came to don the field-grey and the Hoheitszeichen of National Socialism. Volunteers for Hitler, they came to fight and die for the white race. They fought and often fought to the death for a Germany which supported them!

Yes, there were 20,000 Moslem SS officers and more Arabs in the Nazi army! Their logic and legacies were passed on to children and grandchildren, who openly embrace Merkel’s Trotsktiye Marxist multiculturalism, while secretly harboring allegiances to the legends of friends and relatives who fought and died for Hitler.

Is the joke on Merkel? Did Hitler foresee a Germany subjugated and ruined by a Communist chancellor? If so, did the Nazi Chancellor of World War II leave a hidden but effective legacy, to be activated at the right moment in history to save Germany? Should this be true, the leftwing Marxist Merkel is opening Germany’s borders and warmly embracing those… who are determined to subdue her, in revenge for the communist slaughter of countless Moslems and Arabs, employed in the east against Russia….

If this proves true, to the delight of the population reductionists, a civil war between Communist and Nazi-leaning Moslems may ensue, as usual for Arabs, as one more globalist divide-and-conquer strategy will reach its goal.