Central Banking Secrets from a Banker 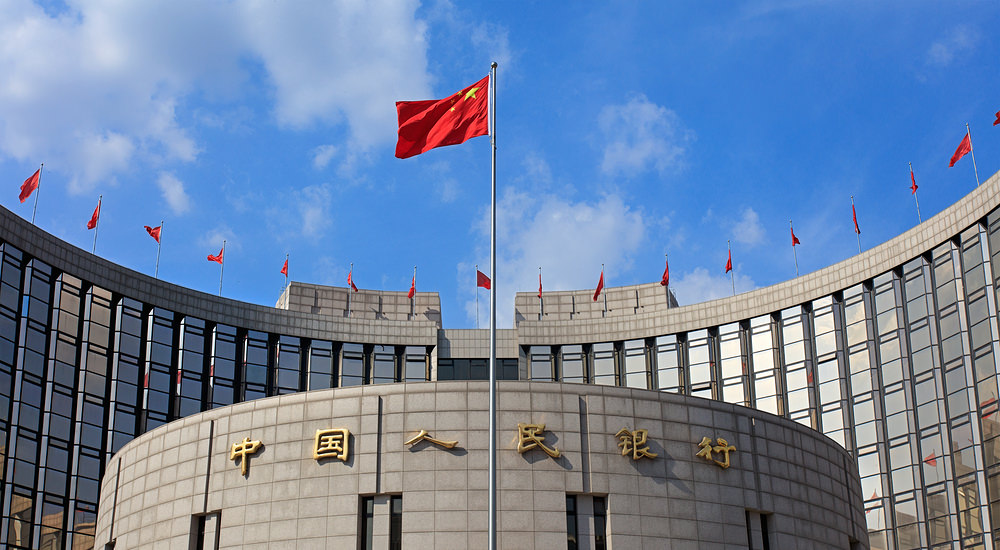 The richest banker of them all had more gold than all the others combined. He also had more mortgages and liens on more property. He, working alone, could ruin all the other communities just by raising his reserves beyond the capacity of the local banker.

If a smaller banker resisted, there were many pressures to make him give in. The bigger banker could set up a branch in his neighborhood and give easier loans, higher interest rates and a whole bunch of other incentives until the little banker lost everything.

That’s just the legal stuff. If the little banker had a lot of financial capacity and was very reluctant, the big banker had laundry clients that had cleaners to remove the wrinkles and the spots in his money operations.  A lot of big money can help a lot of bad people to do very bad things. When people with money decided to lend to governments, “central banks” were born.

Invention of the Central Bank

OK, banking is lucrative, more communities are springing up everywhere and more people want more banks. And, they also want to do business with other communities, but to do that they have to lug around a lot of gold. It’s not like hiding a couple of pieces of paper. Gold is bulky, and heavy. Highwaymen can figure out who’s carrying it in a hurry.

But banks in one community have different receipts from banks in another community. And the fractional reserve is different in each bank, so more or less value was backing up the receipt. All those factors added to the confusion that kept businesses from trading freely between communities. Add to that the fact that he didn’t want the gold going out of his bank, and there is another window of opportunity — for the largest banker.

The banker was the first, largest socialist. He got what he wanted by stealing from others, and if he wanted to he could get it by force and violence. Good, bad, or paid, he got whatever he whimmed — from the efforts of productive people.

And he made sure the little banker knew that it was to their “mutual interest” to cooperate. Some of the smaller bankers may have thought they were serving a community interest and were doing a public service, but the biggest banker knew he was running a con game.

Be clear on the difference between capitalist and socialist. For the capitalist, be he businessman, industrialist, speculator or entrepreneur success is struggling, producing, employing, working and risking, just for the opportunity to become successful. The socialist steals the production of those who have achieved success through this effort. Banker socialists “distribute” the largest share to themselves and the next largest share to his closest and largest co-conspirators. It is still socialism.

The richest banker brought all the smaller bankers to a meeting: “Well, he said, we are in a most complex situation and it is to our mutual interest to simplify it. All of us are giving different receipts, so the various communities have difficulty trading between themselves and have to carry heavy and bulky valuables to other communities and risk being robbed (by the highwaymen in our employ) instead trading with our convenient money.

We need a central bank which makes all the receipts for all the banks. That makes trade between communities possible and augments our ability to do business in all communities, rich and poor. By means of this cooperation, we can do more trade between rich and poor communities. The poor will have the advantage of our concentrated, rich reserves, and all of us will be able to buy and sell in any other community.”

So, to simplify everything, I propose we pool our reserves (read “We store all the gold in my vault.”) and the central banks lend the money in the conveniently denominated form you need to do business. I have the presses and the personnel to provide a full clearing house. This enables trade between communities rich and poor. The poorer communities will have the advantage of our larger reserve and the richer will have the advantage of a larger trade base.

“Of course, this will also eliminate the problem of different fractional reserves. Since the central bank has the largest capacity and gives the receipts to all, the central bank (me) will set the policy for establishing and changing the fractional reserves for all banks. That way we all gain from the central bank’s financial power and we can take maximum advantage of our pooled gold. Now, instead of your receipts, you give them my conveniently denominated money (my receipts) in 1 gram, 5 gram, 10 gram, 20 gram, 1 oz, 5 oz 10 oz and 1 pound notes.

I have the biggest presses and can give you the best service. (My “tool” is so big that I will “service” anyone who fails to comply.)

“Then all the receipts are consistent among communities. All of us will not only benefit from the pooled reserves, you will also have the benefits of my wealth, experience and prestige. To insure that “all of us” gain the most, the central bank will decide when and how much to raise or lower fractions in the fractional reserve.”

Yesssssss said the snake. And the socialist collective entity “all of us” was born. Good for “all of us” is never “good for each.” The richest communities provided more monetary base and they usually had the highest reserve rates to begin with, so yes, with a lower reserve, they could make more loans, but they didn’t need to.

The poorer communities didn’t have enough reserve to make enough loans even when their reserve was as little as was safely possible. So yes, they got the advantage of more loans, but in their community their loans were much riskier, so when the central banker raised the reserve rate, loans in poorer communities defaulted first.

They all knew the scam. His “benefit from pooled resources” meant that it was based on the average, so good times were better for the weakest banks and worse for the strongest. But bad times were worse for the weakest and best for the strongest. The only one who constantly won was the largest, because he controlled the business cycle. The poorer communities and banks that suffered the most from an “economic depression” because they were the most dependent on debt for financing their businesses, industries and workers. He had them by the yarbles and knew how to squeeze.

So that’s how the richest banker became the first private central banker.

As usual, the banker observed everything. As soon as the principal is paid on money lent it is retired from circulation. That’s important, because if all the money in circulation is the principal on borrowed money. So, even if interest was less than .001% there wouldn’t EXIST enough money to pay both principal and interest. The banker said, “No problem. Just borrow some more.”

To avoid the distraction of big sums, it works like this. If all the money created by debt is 1000 and interest is 10% there is no way to pay back both principal and interest. If we paid all the principal, there would be NO money in circulation to pay the 100 in interest.

So, where are we going to get the 100 to pay interest? Well, says the banker, you borrow more. And that is how all the nations in all the world dig a bottomless pit. They borrow more and the debt worsens.

The only way out is for governments to emit legal money without debt and without ties to other countries and establish a favorable balance of trade internationally.