Celebrities and the Progressive Socialists 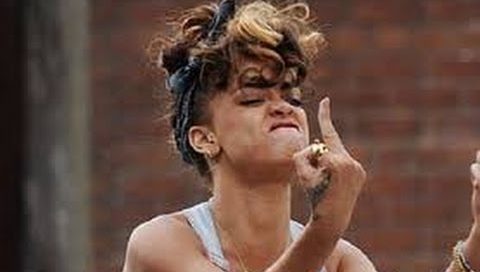 Of all the groups of pantywaist soy boy progressive socialists, there is none more irrelevant than the celebrities who pontificate about the political leaning of their little socialists’ cabal.  Our President has stated many times that the acts and threats of physical violence must end. But it is obviously too much to expect a bunch of over the hill actors, singers, and comediennes to shut up and just listen. The hyper ego that they have in their own minds will not allow for the obvious truth that they refuse to see that they are no longer relevant to the direction that the people of this country want to take.

It has always been the case that celebrities involve themselves in politics. It is just as true that the word salad and accusations that they spew forth without any evidence are as irrelevant now as they were in the past.

Oprah Winfrey is a very nice lady I am sure. She spent a great deal of time endorsing Stacey Abrams, a far left candidate. Along with John Legend, they went door to door trying to rally votes for a far left socialist candidate that the people of Georgia did not want.

Stacey Abrams after whining to the press, and attempting a legal maneuver to make the vote tally illegitimate still lost to Brian Kemp.

In Florida, Diddy backed far left socialist Andrew Gillum. Gillum lost to Ron DeSantis. Diddy went as far as calling a vote for Gillum a matter of life and death. “Vote or Die” he broadly proclaimed. Gillum lost and nobody died.

Perhaps the election that was watched by more people was the celebrity endorsed fire drill that was Beto O’Rourke. Beto was carried on the shoulders of such luminaries as LeBron James, he of multimillionaire slave status, and Beyonce, and a concert by Willie Nelson. It was to be the coronation of the new Kennedy, moving forward on a hidden socialist agenda that would lead to the White House.

The celebrities that are part of whatever they mean by Resistance are nothing more than a collection of has-beens. They use Twitter to espouse the talking points of the progressive socialists thinking they are on the cutting edge of political evolution meant to turn our country over to a bunch of angry children that have no purpose but to throw a tantrum.

One example is Kathy Griffin, who starred on “Suddenly Susan”, a disgusting sitcom that happily died an early death to the D listed “my Life” to a claim of fame of trying to molest a journalist on live TV on New Years CNN. Classy gal to some I guess. After her ill-advised ego trip with a bloody Trump head which  I am sure she thought would be talked about forever and edgy, found herself fired from all chances she had to ever have an important talking part of any area of television.

Then there is Sarah Silverman, a comedian whose only grace was she could say the vilest and disgusting things in a little girl voice. When people got tired of it is when she started looking at her activism for the progressive socialists to enhance her career. It may have worked for a time until she defended an abuser of women that she already knew about and her failure to warn other women.

Anybody really cares what the demented violent Alec Baldwin really thinks? It appears that punching random people for perceived offenses is a career enhancer in Hollywood, but even he has wound up in the dumpster of Hollywoods forgotten people.

Chelsea Handler, the star of Netflix “Chelsea” has now claimed she quit her show to focus on her activism. Not enough people watched her show so it was canceled, and unless you tell people who she is, they don’t think she is an actor. She can’t act, she’s not funny, and I don’t even want to hear her sing, so I guess her activism is all she has left to get people to notice her.

Some have actually taken the activism that they think will change the world to the political arena on a larger scale.  Ashely Judd, of “nasty woman” fame who claimed she was as nasty as the blood stains on her bed sheets tried in Kentucky but a psychological therapy dog does not inspire confidence in voters.

Another is Rob Reiner, another irrelevant blob of a man who continues to speak in generalities of the “lies” and “damage” that our President is supposedly doing to our country. The first question I would ask this sad excuse for a soy boy is what exactly has President Trump done? You have called him Hitler, which proves you know nothing about the history of the Nazis. You have called him a racist, a word always used by progressive socialists when they have no answers. It is nothing more than an overused word to stop discussions that have stopped working because people know it is just a cover for no new ideas. You say our President attacks democracy, Another generality with absolutely no meaning. Just how has our President attacked Democracy. Just like a true socialist, he spends his time bellowing his little boy thoughts without any evidence of facts that support his case. You say out President is mentally unstable again without any evidence, you say he has a lifetime of crime and corruption, and yet most of Hollywood, yourself included thought he was a great man until he ran for President. Care to explain?

Then there is Chrissy Teigen, a swimsuit model who declared she would never want to meet President Trump who she claimed is a terrible human being. She blames Trump for her anxiety and failing mental state. It sounds to me that it started a long time before President Trump. And to be honest, nobody cares about what you think about immigration. Until you come out of your gated community and interact with the people who actually make this country run, you forfeit your ability to make any comment. Take these illegal’s into your home, your community and then you can speak.

Mark Hamill, what makes you think anyone cares about how you feel about Trump. You have called our President a coward, a traitor urging the Special Council to indict him. My question is, on what grounds? Russia collusion is a farce, and any other excuse will be false as well. Are you now going to say like some of the others that he is a coward because he didn’t serve in the military? If so, is your Messiah, Obama also a coward? Go back to your show snowflake, no one else cares what you think.

And then there is little Patty Arquette claiming that civil rights have been set back in every way by President Trump. Care to discuss exactly how. Throwing out platitudes without any evidence is a social skill of a third grader. If our President is such a racist why is Black, Hispanic and women unemployment all at an all-time low? Would a racist do that?

There are others who have been documented in their own words of how much they hate President Trump, his supporters, and the country in general. Barbra Streisand comes to mind. She claims women vote the way their husbands tell them to vote. Not giving much credit to the independent women who think for themselves, Babs? And Ron Perlman of Hellboy fame who called our President a “racist cunt”, and wondered how many dicks Lindsey Graham had to suck to be considered for Attorney General. Real class Ron, I am sure you won many voters over with the homophobic rant. And of course, Rosie ODonnel. A real class act that everyone had forgotten about until her lying rants about Trump. George Takei, who most people thought was dead, is making a comeback as another Trump basher. But why not, I seriously doubt anyone will hire him for a gig anymore.

Let’s look at headlines from CNN over the past two years:

Peter Fonda Calls for Barron Trump to be Kidnapped and Put in a Cage with Pedophiles. He also showed his class on calling the women who serve in the Trump administration “gashes and declared Sarah Sanders should have her children taken away. And how did you kids turn out Petey?

Rosie O’Donnell Talks of a Military Coup Against Trump.

Celebrity # Resistance is the final outpost of these degenerates attempting to remain relevant, edgy, and show that they have an opinion with no evidence, and anger based on no facts. The lower they fall off the Hollywood elite scale, the more deranged they become. Their ego and vanity have given them an outsized sense of self-worth. These violent threats are now normal for the Hollywood “elites”. Living their lives of drugs and degeneracy has allowed them to think all others are beneath them, living in their little enclaves with those as rich or who think the same way they do. They have yet to realize, nobody cares, All they do is self congratulate one another on the edgy things they say and do which prove nothing.

They compete on the media and on social media in an attempt to rebuild their self-worth. No longer are the adoring masses paying attention to them and so they lash out at the ordinary Americans who are living lives without the degeneracy and pathetic last gasps of maintaining any relevancy. What the last election showed us was that the American people have ignored the wealthy and supposedly powerful celebrities that are so full of themselves and think they are so much better than the “common folk” no longer means anything.

It’s over, and it is time you figure out no one is listening.