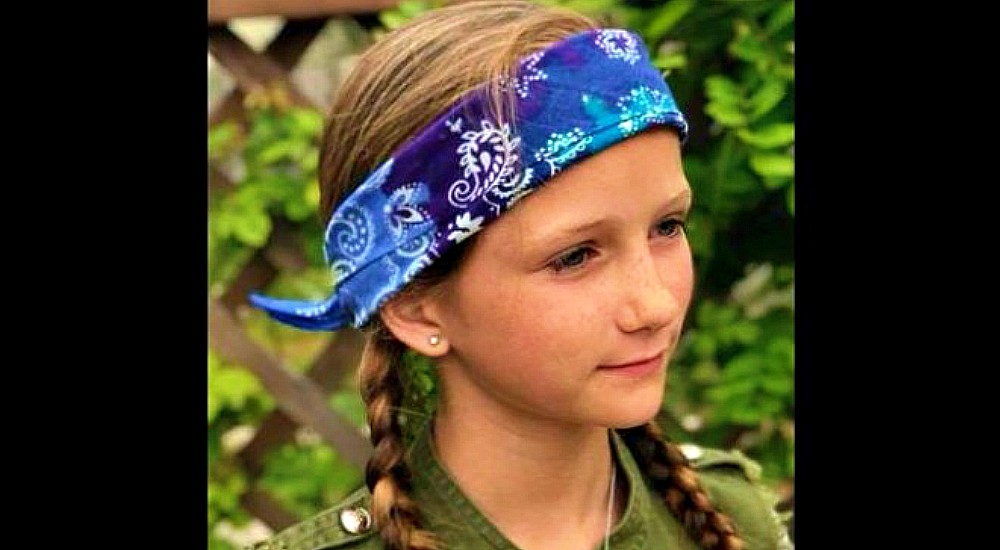 AUSTIN, TX 12/22: There is one thing the leftist-liberal media will NOT cover–a proven miracle of God which was the same in the old Soviet Union and behind the Iron Curtain in other countries. My, how we have ‘progressed.’

Indeed, they do not want to proclaim anything that would credit an answer to prayer, that brought incredible results, to God. That is until now, where an extraordinary prayer brought about extraordinary healing that could not be disputed or pushed aside as a “coincidence.”

This startled writer first heard about it on an ABC and CBS national newscast. The amazing story was told of an 11-year-old girl in Texas who had developed the deadly, DIPG, or, Diffuse Intrinsic Pontime Glioma, which is an incurable brain tumor. Mind you, this is an INCURABLE condition as noted by the doctors.

Dr. Virginia Harrod, who is with Dell Children’s Medical Center told KVUE TV in Austin, Texas that DIPG is a “rare and devastating disease, which makes it hard to swallow, causes vision loss, difficulty in talking, and eventually difficulty in breathing.” She had already gone through weeks of radiation, but there was no expectation that the tumor would just disappear the doctor explained.

According to writer Leonardo Blair of the Christian Post, organizers of a support group on Facebook, called, Roxi’s Rox Star Benefit, stating that this 11-year-old girl, loves horses,”loves Jesus to her core,” and the community she lived in, which is called, The Buda Community. Even though the doctors had no expectation that she would live, The Buda Community decided to pray with her parents for a miracle. “

Those who prayed were totally infused with the love of Jesus and had a total commitment to God, His promises, and His Word as written in The Bible. These were all devoted Christians who had no doubt about the power of God.

When the family went back to see the doctors, no trace of the disease could be found. That tumor was—G O N E!!!  All in that community and family are still Praising God. There is no question that God produced a miracle. One so big that secular TV programs are talking about it. This writer has personally witnessed many such Divine healing interventions of God as they took place.

Perhaps it would be useful if all would begin reading the Bible. Start with Proverbs, then, The Psalms, then the Book of John in the New Testament. You will learn that we are not under the control of an evil world, but actually under the control of God, if we allow Him to be. And if we give our hearts to Him.

This past Thanksgiving, Roxi wrote a note of thanks to everyone who prayed for her. “To everyone, thank you. You were kind to me, you raised money for me, you prayed for me, and you healed me (through God). You showed the world that not all heroes wear capes.