The Case against Common Core

There is compelling evidence that Americans have been and are continuing to fall behind other developed nations in core academic subjects, especially in mathematics, science, reading skills and language arts. U.S. Students tested below average in math and scored only close to average in reading and science compared to 34 other developed nations in 2012, using the “Program for International Students Assessment.” One only needs to read comments and posts on the Internet to see confirmation that this evidence has merit and has been happening for a long time.

This seems odd because many foreign students come here for secondary education and post-graduate work. Why do U.S. students have a poorer learning skill set than foreign students who study here? Why do US corporations hire foreign professionals to fill high-skill jobs because they cannot find enough U.S. professionals who are qualified to do the work?

Something does not look right. Did we define the problem correctly . . . or did we define the problem as the absence of one or more perceived solutions? A poorly defined problem invariably begets an unworkable solution. It also may make the real problem worse. Are we pioneering the wrong thing and throwing good money and effort after bad trying to make the wrong thing work? Hold that thought.

Trending: What Has Happened to FOX News?

Sarah Jean Seman, web editor for Townhall Magazine, wrote a feature article subject as above. It will be available for online subscribers in October. The following is a collection of her talking points that caught my attention.

Former Arizona Governor Janet Napolitano launched her Innovation America campaign in 2006. She proclaimed her solution with the following goal”

An ensuing task force composed of the National Governors Association (NGA), the Council of Chief State School Officers, and the progressive educational group Achieve Inc. produced a 2008 report titled “Benchmarking Success: Ensuring U.S. Students Receive a World Class Education.” The writers urged State leaders to “upgrade State standards by adopting a common core of internationally benchmarked standards in math and language arts for grades K-12 to ensure that students are equipped with the necessary knowledge and skills to be globally competitive.”

“Strengthen the United States’ global competitive advantage by rigorously educating the next generation.”

What is Common Core?

The original vision of Common Core was a testing rubric that sets Kindergarten through high school (K-12) grade-specific goals (also minimum standards) for English, language arts, science and math. These standards, if universally achieved, would potentially ensure that students in every U.S. State have the same necessary skills and knowledge at a given grade level. Teachers would continue to create lessons at their own initiative, so long as they include the material their students needed to pass the national benchmark exam for their grade level.

In 2009, Vermont Governor Jim Douglas, the Vice Chair of NGA at that time, redefined the goal of Common Core:

“To maintain America’s competitive edge, we need all of our students to be prepared and ready to compete with students from around the world.”

Bill Gates, Founder of Microsoft Corporation, became the grand champion of Common Core in 2008. His foundation heavily funded the organizations that advocated and promoted the Common Core standards. These same organizations received Microsoft products for use in their digital learning programs. Bill Gates wrote an opinion editorial (op-ed) for USA Today on February 12, 2014:

“I want to explain why Common Core is among the most important education ideas in years. The standards are just that: standards, similar to those that guided teachers in all states for years, except these standards are inspired by a simple and powerful idea: Every American student should leave high school with the knowledge and skills to succeed in college and in the job market.”

Initially, 45 states agreed to join the initiative in 2009. In many respects, the program started on the correct foot. It did not take long, however, for States to recognize the product’s false packaging and the potentially detrimental effects it would bring to their State.

Look at the history of Common Core. Observe its evolution. Also consider the pressure and the “incentives” (political speak for bribes) with strings attached for States to adopt it. I think it is easy to conclude who was behind the scenes.

Lindsey Burke, a Will Skillman fellow in education policy for the Heritage Foundation wrote:

According to the program’s executive summary, one of the criteria for reform just so happens to be using “common set of high-quality standards” that have been adopted by a “significant quantity of States.” The only standard that fulfills these criteria is (drum roll please) Common Core.

In addition to the Race to the Top inducement, Obama also used a draconian No Child Left Behind club to whack any States that dared to defy his Common Core commandment. Burke explains:

“There is a looming deadline in No Child Left Behind that States are facing in the 2014-15 school year. No Child Left Behind says that every child has to be proficient in reading and math. That is a wonderful goal. However, States are nowhere near that goal. A cascade of sanctions will fall down on States if they come up short. “The Obama administration comes along and says, ‘We’ll waive that requirement from you, and we’ll ostensively provide you with relief from No Child Left Behind, but again, if and only if you agree to adopt Common Core standards and other reforms that the White House prefers.’”

The current administration’s ideology of progressive reform is at the heart of the federal entanglement. Lindsey Burke explains:

“For conservatives, the President’s statement is at odds, both with the tenets of federalism and the extremely limited role, if any, that the federal government is supposed to play in education policy. It also is at odds with the practical nature of education financing.”

A strong nationalized education system will not improve academic performance. For example, Canada landed more than 20 places above the United States on the PISA scale. However, Canada does not even have a centralized education department. Provinces and territories administer tax money for public education. They work together with local school boards to decide on implementation. Another federally monitored education program can only indefinitely confirm one fact: The Common Core administration will consume a large sum of taxpayer money while it defeats its primary objective. The United States already spends more than $11,000 on each student per year with few tangible benefits for the cost. At the same time, PISA found that the Slovak Republic (spending what amounts to $5,000 per student) managed to score similarly to U.S. students academically.

Oklahoma State Rep. Mike Turner witnessed this selling point first hand. Turner recalls when the lawmakers agreed to Common Core, even though he was not in the legislature at that time:

“From what I understand, everybody thought it was going to be this new era of education accountability [with] minimum standards [that are] quote on quote ‘locally derived.’ Oklahoma, [then and now], is ranked low compared to other States [using] a variety of different education standards. I am sure many lawmakers voted ‘yes’ because they figured anything was better than what we had at the time.”

Oklahoma’s education ranking came in at only 43, when the American Legislative Exchange Council, a non-profit public policy organization, compared Oklahoma to other States. Despite having one of the poorest education rankings in the nation, Oklahoma lawmakers were quick to turn against Common Core when they learned more about it. Rep. Turner states:

“The moment people began to see how many actual strings were attached [to Common Core], everything ‘hit the fan.’ “The outcry was huge. Parents, teachers and community activists became infuriated about the Common Core standards because it completely robbed them of the ability to have any influence at all. Common Core not only completely rewrote the school curriculum, but it also redid how teachers were evaluated, forcing them to teach to pass a test.”

Common Core requires States to use one of only two benchmark exams to document student academic achievement:

David Coleman, one of the Common Core standard’s lead writers, later became President of College Board, the organization responsible for the SAT. Coleman proceeded to alter the SAT to align with Common Core. This affects State and charter schools, private schools, and even home-schooled students. All students who remain out of the broad system, may find the test caters to students who were educated within the standards of Common Core. 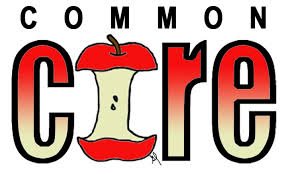 “During the Presidential campaign, Mr. Obama contended that teachers should not be forced to spend the academic year preparing students to fill in bubbles on standardized tests and that students deserve to learn in an individual manner. [. . .] The narrow content focus encourages teaching to the test, which artificially inflates test scores while simultaneously narrowing the curriculum taught in the classroom.”

The Dean of Pennsylvania’s Graduate School of Education weighed in:

“The Common Core’s shift in emphasis to higher-level thinking skills is not consistent with curricular standards in countries that outshine the U.S. in international assessments”

A summary of the study on Pennsylvania University’s website notes:

“Places like Finland, Japan and Singapore do not place nearly as much emphasis on higher-order skills as does the Common Core.”

“I have to give a lot of credit to colleagues, who, at the original time thought [Common Core] was a great idea. It is fantastic to see them come around and see what the actual fruit of their implementation is. They began to realize that where federal government giveth, federal government taketh and controls. “It is nothing more than a failed experiment that has cost significant resources, both in man-power and dollars, only to put us into a one-size fits all agenda. We should have been looking at homegrown standards that takes into consideration each community’s goals. “The end product does not encourage innovation or skill setup. Instead, it instills in children the school’s need to produce widgets, which fit into a common machine.”

“Let’s face it. Centralized planning did not work in Russia. It is not working with our health care system and it will not work in education. Education is best left to local control.”

Indiana was first to repeal. Other States followed Indiana’s lead. They included Oklahoma and Louisiana. More States are seriously considering repeal. This is a big issue in the Minnesota Governor race. As things now stand, any Minnesota school (public, charter or private) that does not follow Common Core will lose its accreditation. If a school loses accreditation, it also loses its sales tax exemption and eligibility for State grants.

A student will skew the averages lower on any scale, including the PISA scale if the student: 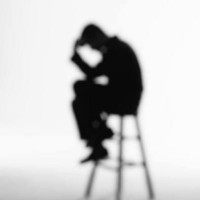 Before the Election, DHS Set Up ‘Sector Coordinating Council’ with Dominion and Smartmatic Reps to Oversee the Vote
November 30th, 2020 Big League Politics