Carly to the Rescue? Not so Much… 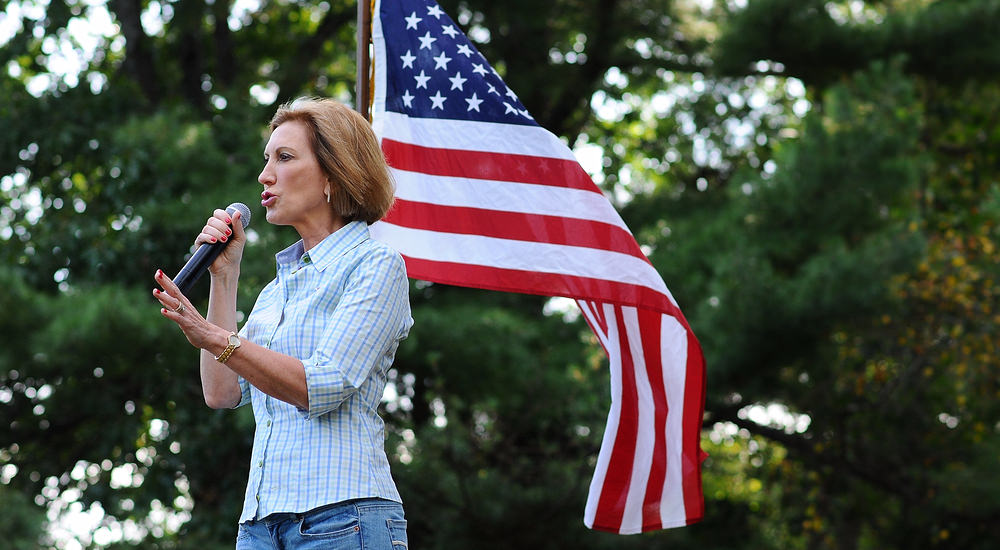 Carly Fiorina, known as a true conservative standard bearer for the Republican Party has no interest in assisting Donald Trump in his quest for the POTUS. After insults, difference of opinion, and the rampant non-conservative antics of Donald, many close to Carly Fiorina has let it be known that she has no interest in any fashion to help the fiasco known as the Trump Campaign.

The presumptive Republican, Donald Trump is running against Democrat Hillary Clinton, the first female standard bearer of a major party, and the debate has turned to national security in the wake of the Orlando terrorist attack.

Fiorina would offer the Trump campaign a female Republican who demonstrated during her presidential bid, an articulate understanding of international affairs and willingness to take the hammer to Clinton and her husband, former President Bill Clinton.

Yet Fiorina is absent from the stage more than one week after Clinton clinched the Democratic nomination, in the midst of a national spotlight on foreign policy — among Fiorina’s favorite topics.

Carly with her previous experience in the Bush Jr. years as a civilian with the highest national security clearance has much of the now needed gravitas to excoriate Hillary Clinton, while lending a much-needed legitimacy to the Trump candidacy. Neither, Carly’s experience nor her star power will be available for Donald J. Trump.

Fiorina’s low profile could be attributed to her short-lived stint as the designated running mate for Sen. Ted Cruz of Texas, Trump’s chief rival for the GOP nomination before he finally wrapped things up in early May. The issue is not clear, but one would be more inclined to think that if Ted Cruz was to continue his bid again and was to have the delegate count at the Republican convention, Carly would be standing next to Ted, and showing what a woman of this decade is, and how the women’s rights has two avenues, one the liberal agenda, or two, a well-rounded, strong woman who has made a lifelong pathway of great successes.

But sources say there’s also the matter of Fiorina’s relationship with Trump: it’s nonexistent. The two former opponents clashed on policy and butted heads over the New York businessman’s at times crude conduct on the trail.

That’s why the big news out of Fiorina on Tuesday was her plan to campaign for Kentucky Sen. Rand Paul’s re-election, and why her 2016 plans at this point are limited to boosting Republican congressional candidates.

“It’s too bad the GOP is nominating Trump, because if it were anyone else, the party would really be in a position to benefit from her skills in this and other departments. But I don’t see her and Trump getting on the same page,” said Liz Mair, a Republican strategist who previously advised Fiorina.

Donald Trump at some point may realize his nasty approach to those who do not agree with, or compete with him may not have been his best approach. Today, there is no stronger voice for a Principled, Constitutional Conservative with the background, and accomplishments that Carly has attained, and Donald pushed her completely away.

The numbers on the polls are not looking so good for Donald, and he is financially strapped to compete in the expensive states in an advertising mode, and we have not even gotten to the convention yet. Hillary will beat Donald before he can get off the ground.

As many #nevertrump voters have stated over and over, if you vote for Trump, you are giving the election to Hillary, and to date, that crystal ball is looking quite accurate. With the previous pages of this election cycle, and Trump’s uncouth, and unreasonable arrogant antagonistically approach to his competitors, he has managed to push two of the strongest Conservative voices he could have used. He will regret his loss of the support, and maybe VP nominee in Carly Fiorina, and the voice and structure that Mitt Romney has on the ground in all fifty states.

Donald has lost the war but won the battle…….