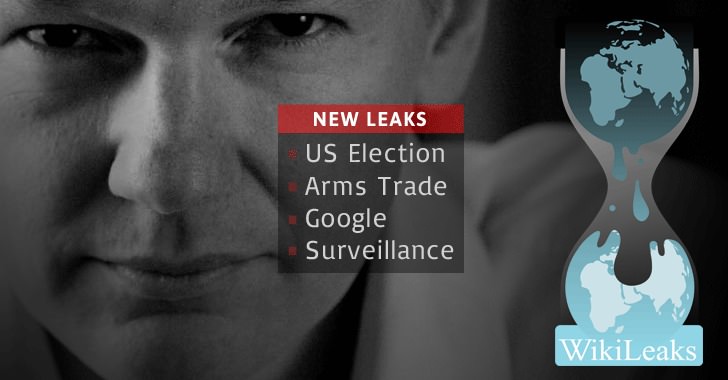 Here’s why the Mainstream Media, Hillary Clinton’s campaign, the Democrat Party, the White House, and most of the facts checking organizations, which are heavily slanted liberaland  left-wing, are incorrect and or delusional about her email scandal. Their rationale, reason, distraction or just plain bogus explanation – Russia and Vladimir Putin and the Democrats fabricated story that Putin and Donald Trump are longtime friends. The simple answer is none of that true, period. In it was refuted earlier this week by of all newspapers, none other than the New York Times, but on page 21, but of course, why not.  That said, for a more valid and logical explanation and reason, I will offer the real story.

Let me begin – anyone who knows anything about intelligence operations, knows that if the Russian government conducted an intelligence operation to collect, intercept, or hack Hillary Clinton’s private email server, or any U.S. government computer network, they would never reveal, or allow such revelation to be made public. In fact, they would have made sure they had capabilities in place to ensure their operations were not compromised, identified, or discovered. Further, they would have had in place a counter-deception plan as well so that if there was, or were revelations or leaks, even just accusing Russia of involvement or there complicity, they could easily deny and theoretically show proof of non-involvement.

In the likelihood a Russian operation was identified and confirmed by U.S. intelligence, they would continue to deny it and conduct a respective counter-propaganda campaign or multiple campaigns to distract, challenge, and refute such an effort.  As far as providing it, leaking, or selling any such information gained by whatever means as a result of an operation, there is simply no way they would provide such information to an organization such as WikiLeaks.  They would not do that, certainly not for the reasons claimed by the U.S. Democrat Party, the White House and the Clinton campaign.  They are never going to put themselves in to a position that reveals such involvement and operational intent or capability.  Particularly such as using a private email clearing-house, which WikiLeaks is, and not have full control of the reason, justification, intent, and the agenda for which Julian Assange and WikiLeaks is doing in revealing this information.

It should be understood that such information obtained on any major U.S. political, official, or high-level and or important U.S. government figure by a foreign government would be saved, safeguarded, and archived for subsequent use at perhaps a later time, against either the individuals involved — in this case a number of people, from Hillary Clinton, Huma and President Obama,  or for that matter used against others, a U.S. government program, military operation, diplomatic event, or other situation.  As an example, in the case of Hillary Clinton, should she become POTUS, all the WikiLeaks information that we are seeing being presented almost daily in the media and by the political parties — this information would be much more valuable and advantageous to Russia and Vladimir Putin to be used later against Hillary Clinton while she would be serving as President for perhaps more far more explicit and nefarious reasons and purposes involving espionage, extortionist, blackmail, or bribery operations just to name a few, in order to influence the outcome of a negotiation, a treaty, a trade agreement, or other diplomatic, economic, or military program or event.  Or, to just publicly embarrass her for whatever other reason they might feel the need to tweak her.

Hillary Clinton’s private servers and computer network were obviously hacked by highly capable pros who are in the business of ‘for profit’ reasons, and sold the Clinton’s email files to Wiki-Leaks, at an unknown price.  The emails were collected or obtain by Vladimir Putin and his government, to help Donald Trump win.  Quite the contrary.  The last person that Putin and Russia want in in the White House is Donald Trump.  They want Hillary for obvious reasons, which we are so adroitly experiencing right now…need I explain.  If you don’t believe it, you can start with looking at the “Russian Re-Set,” the removal of the Defensive Missile Shield in Eastern Europe, the situation leading up to Russia’s involvement in Crimea and Ukraine … I can keep going … and that’s just Russia.

You can look at the resume of the rest of her foreign policy record around the world, a record of consistent failures and miscalculations.  Then follow-up with her legal and political career resume going back to the early 1970’s.   Finally, it all comes around and back to how she handled her internal, personal, political government affairs as the U.S. Secretary of State and Co-CEO of the Clinton Foundation – that in itself a violation and major conflict of interest – right back to the private emails.  It’s all there.  Any questions?

Jim Waurishuk is a retired USAF Colonel and a 30-years career senior intelligence and political-military affairs officer — he served as Deputy Director for Intelligence for U.S. Central Command (USCENTCOM), is a former White House National Security Council staffer, and a former Distinguished Senior Fellow at the Atlantic Council, Washington, DC.  He lives in Tampa Bay, FL.