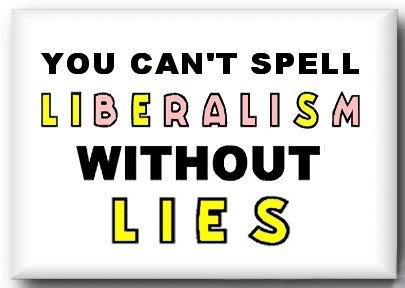 Hand-in-Hand they lie to each other and, in their arrogant ignorance, slander the righteous as they demand money for their cause, which is not charity.

The word should be LIbelARS because leftist liberalism begins and ends with liars who lie to themselves, lie to others, and are libelous in their false accusations, false premises, false assumptions, false narratives, and their phony compassion and phony science.  Don’t ask me to give you money when you accuse me of being an ignorant racist because I don’t respond to guilt trips from nasty people.

Mis-Education: It is why liberals create mountains of fake news about Trump, Washington, hurricanes, global warming, Christianity, Islam, socialism, and capitalism by which they are successfully warping and corrupting the thinking of America’s youth.  By misinformation and propaganda they are indoctrinating them to reject the truth, ignore the facts, and embrace the false ideology of 21st century American liberalism, which is just a façade for totalitarian socialist Nazi Communism.  Rather than teaching people how to think, leftist liberalism tells them what to think, and the lemmings and sheeple cannot tell they are being led to the slaughter with promises of free candy.

There are no journalists left in America today.  There are only propagandists and political hacks.  The difference between rightwing pundits and leftwing pundits is that rightwingers will always compare the two ideologies side-by-side, while leftwingers will always present their own ideology and tell their brainwashed minions to not listen to the Right.  Listening to a third party tell you another party is a liar without hearing the facts for yourself is the easiest way to be duped into believing a lie.  To complicate matters, liberals have taken over the educational system to teach young people their fantasy version of history in which socialism is good and capitalism is destructive.  The truth of the 20th century is that capitalism built the richest, freest nation in history that developed a middle class for the first time, while socialism killed over 200 million people and squandered untold wealth impoverishing billions of people.  Rush Limbaugh summarized an indisputable truth of life proven by Fidel Castro and Hugo Chavez:

Leftists blame the righteous for what has been done to South American countries by their own policies.  They strive to scapegoat the United States as stealing wealth from Mexico, Central and South America, the Caribbean Islands, and the Bahamas, but the truth they are hiding is in all cases it has been their socialist brothers who have stolen the wealth from the people and blamed the USA.  This same mentality is what drives Islamists who name the USA “The Great Satan” when it is they who seek to dominate and subjugate the world through terrorism, brainwashing, and oppression under Sharia and the laws of Muhammad.

Politicians lie 90% of politicians have the same modus operandi.  They lie to make themselves look better and their opponents worse.  Democrats who say Trump’s policies will kill people while they want to save people and will do so by stealing away American’s wealth and their children’s future.  Republicans who say they stood up to Trump to make him give more to their states instead of sharing in the cutbacks and join with Democrats to milk foolish taxpayers.  Schumer accused Texas Republicans of having no heart for those who need hurricane disaster relief because they objected to his making a deal with Trump to raise the debt ceiling and get some money for Democrats for that relief rather than just give it outright.  The Republican leadership has been refusing to cooperate with Trump to get his agenda done; repeal and replace ObamaCare with good sense regulations, secure the border from invaders who are stealing American’s jobs and benefits, and reform the Democrat tax code that is stealing the wealth of hard working American businesses and their employees in the name of redistribution to their lazy, drugged up, thieving constituents.

Pathological liars and thieves always demand honesty from the righteous to use the truth as a weapon against them.  Look at all the rightwing pundits who have been accused of sexual immorality for flirting!  The Left has made flirting a capital crime, which is no surprise when they believe there are a hundred times more rapes on college campi than there actually are, and that all sex is rape even in marriage to procreate.  It is a sickness of the Feminazis and LGBTQ who hate men.  The Left slanders the Right with lies about invaders being immigrants and claiming the Iraq War wasn’t paid for when it was with the same kind of borrowed dollars that Obama used to fund Wall Street.  Except Bush paid $5T for two wars while Obama just stole $10T to give to his cronies, including his global warming fraudsters and the liars who said ObamaCare would be cost neutral.

America has “truth in advertising” laws that do a lot to deter misinformation and manipulation, but there are no laws to stop politicians and the media from making up crap as they go.  The libel laws Democrats have in place are onerous.  It is a truth of life that 90% of the time when a politician speaks it is to spew feces from their mouths.  It is an unfortunate truth of life that 90% of people do not exhibit any kind of smarts when it comes to media lies about anything.  When government advocates for single-payer it is not to help Americans with healthcare insurance, but to steal wealth from them as they did with the Social Security Fund in 1968.  Government is there to make laws to protect the people from exploiters, but who will protect them when it is the government doing the exploiting?  When Trump makes deal with Democrats because Republicans are screwing with him rather than working with him it is a scandal, but the Trumpsters know the truth.  Leftists among both Democrats and Republicans are striving to sabotage Trump so they declare him a failure.  Republicans wanted to make a deal to trash the Trump agenda till after they can get re-elected next election.  That is not going to happen because those who do not do, border security, taxes cuts, and repeal ObamaCare will be primaried. 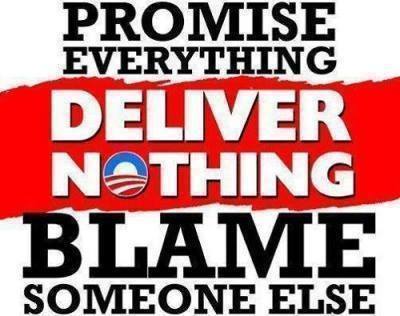 Black (Criminal’s) Lives Matter has made demands of America based on the lie that Trump supporters are white supremacists.  An American patriot responded:

Here is the reply of White America’s requests of black Americans: