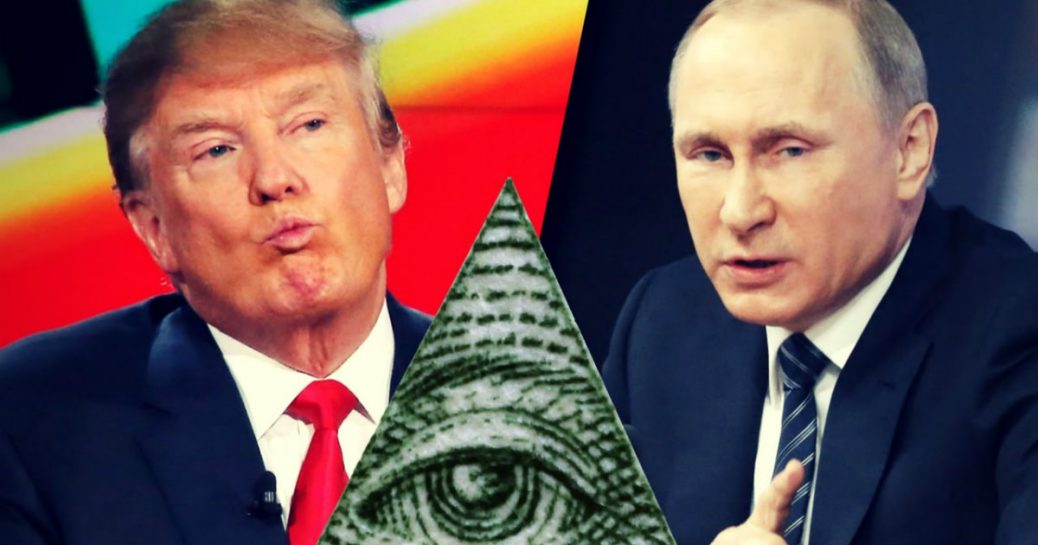 The hot story of the day is that Russia manipulated our election so they would have a no-nonsense American bull to deal with instead of a man who thinks the way to peace is to drop all weapons and show our enemies we really are “nice guys.” Why do those two words bring to mind, “…finish last,” and they usually have short, miserable lives.

Hillary turned the State Department into a shakedown operation for the Clinton Foundation that keeps 90 to 96 percent of everything donated per the analyses of their tax filings. She could care less about foreign policy as her priorities were money and the Presidency. And, they still are today.

Democrats now dream of turning over the election having won the popular vote with the cemeteries of New York, Illinois and California plus millions of illegal aliens. We believe Mr. Trump would win the popular vote as well if the ballots were cleaned of dead people and illegal voters. Nonetheless, the arrangement that formed and forged the union of our representative republic is the electoral college to insure central states had political power and fair shares of tax distributions is enshrined in our Constitution. May it live forever. We are not a “democracy.” None exist on this planet. Those who say, “We want to promote democracy,” are telling lies out of ignorance or guile.

The Democrat leaders are trying to change votes of electors by any means from bribes to threats and they have apparently succeeded in ten cases, which will not accomplish what they need to turn over the election, which is their goal. They are also vying for a new election claiming Russia manipulated the November balloting in 3141 American counts by computer manipulation when few were on line! Quite a trick!

This list alone puts the lie to the Democrats. Why should the Air Force, Army, Navy, Marine Corps or Coast Guard Intelligence, Energy or Treasury Department or Geospatial Agency be sniffing 3141 counties conducting elections? This would be clear violations of agency protocols and if true cause firings, demotions and serious reviews, but that it did not happen is the simple, obvious answer. Nonetheless, let’s have a Congressional Committee investigation and nail the perpetrators.
The 17 separate agencies did not independently declare Russia the perpetrator of the hacks. Trump spokesman Steven Cheung said that this cuts against Clinton’s point, saying, “It is unlikely that all 16 of the agencies had looked independently at the Russian connection, which is what Clinton seemed to indicate.” (Cheung said 16 agencies because he omitted the Office of the Director of National Intelligence from his count.)”

It is amazing Politifact would clearly authenticate Hillary’s claim and publish a disclaimer in the same piece! Covering their butts?

From: Bizpac Review: “They’re saying that Russia “intervened” by releasing embarrassing internal emails via Wikileaks that made Clinton and her aides look ridiculous, hypocritical and disdainful of American voters.”

“Another former senior CIA agent who spoke on condition of anonymity is skeptical of reports that the CIA knows for sure that Russia had waged a secret hacking campaign to tip the scales in Trump’s favor. “[This is] something that has obviously been politicized,” he noted.”

Inputting “Hillary 17 Intelligence Agencies” to the Bing search routine yields 6,370,000 pieces on this story. It is really interesting that it can serve as a tool to divine liberal and conservative partisans from the objective news publishers. We have not been able to find any of the third category and only a small number of the second in our sampling. American politics are that crystallized today.

This has become an international incident as we are getting 11 times as many Russian readers on our blog as usual and that would not be happening unless they were intrigued or alarmed by this story. They have good reason to want good relations with America and how the Democrats cannot see the wisdom in having a successful businessman, friend of Vlad Putin in the top diplomatic post redefines “stupid.” Even though Hillary is taking her last curtain call she has managed to make one big stink on this stage. What an exit!

This is very sad as we cannot find objective truth without hearing from both sides of an issue and today there is no middle ground. There is only a line in the sand of what has become America. For older citizens, who grew up in the greater clarity of a nation that knew who it was and what it was all about this is crushing and the reason old men cry on hearing the national anthem at a public gathering. Mr. Trump is our hope and we just don’t understand a world where the young seem so out-of-touch and so many leaders only think of what they can steal. You cannot make this up.