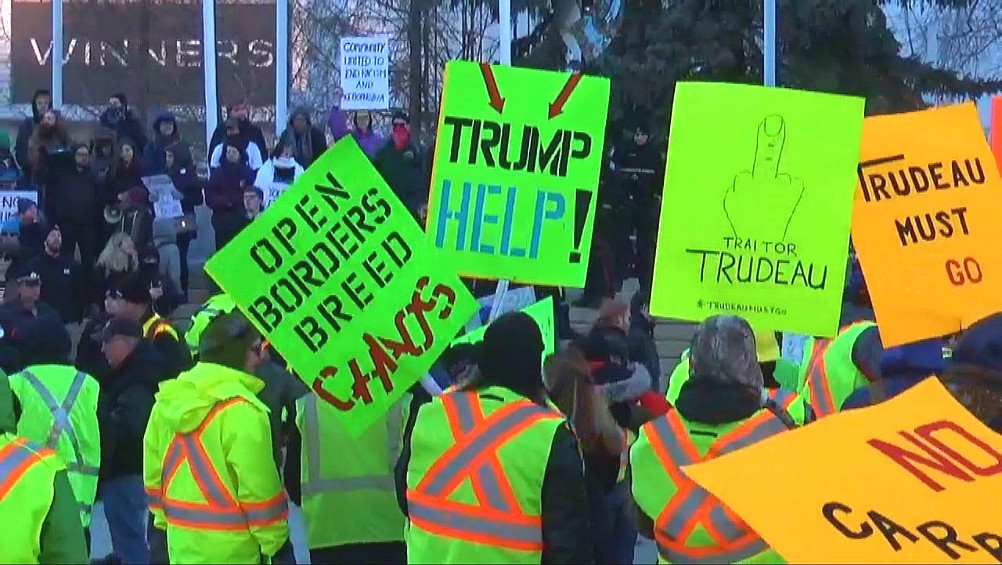 In this video, the National Citizens Alliance of Canada calls to President Trump for help! Click here!

While the intense pro-national, anti-globalist throng loudly chanted “No UN!  No UN!  No UN!” the yellow-vested MC highlighted native Canadian Indians, Chinese, and an unusually intelligent speaker from India, to prove the nationalists are not racists…

Chaos from Open Borders was a hot issue as was Muslims on welfare with four wives.

But perhaps the most insidious black spectacle on the Left was an obviously-paid agitator to hold a Communist flag!  Canadian armed service veterans grew more and more annoyed with this Communist Leftist and his unchanging grin of defiance!