Can We Keep Our Eyes on the Prize: Repeal Obamacare 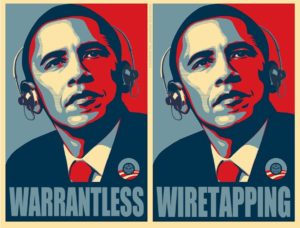 What has everyone in politics, every cable news outlet, every talk radio program been discussing since Friday? Well, it’s not ObamaCare, cutting taxes, or really any of Trump’s big agenda items. Of course, it’s wiretapping, meetings with Russians and

For now four solid days we have been pummeled with wiretapping scandal stories. If it’s not specifically about wiretapping, it’s about Jeff Sessions or others meeting, or not meeting with the Ruskies. Oh, and also the salaciously commented on photo of Kelly Ann Conway perched on the couch in the Oval Office.

That’s four days the administration and those on Capital Hill have not been thinking of or acting on the campaign promises that were made to us – a full repeal of ObamaCare – cutting taxes and confirming the next supreme Court justice, etc., etc.

This one story has sucked all the oxygen out of the room. On Monday, Rush Limbaugh spent virtually his entire show – three full hours harping on the feud between Trump and the democrats and zero time on anything else. I don’t listen to Hannity anymore, but I’ll bet he did the same.

Fox and Friends yesterday morning spent what seemed like the majority of their time debating and interviewing guest after guest regarding this one topic.

Am I saying this wiretapping scandal isn’t important? Absolutely not. Of course it’s important. But it’s also a great distraction for both sides – the Republicans and the Democrats.

Stu Burguiere, on the Glenn Beck radio show, said exactly this yesterday morning. He said that the establishment Republicans love this distraction because “we [the Republicans] can talk about this instead of talking about doing the crap we put them there to do.”

It is my firm belief that at least regarding ObamaCare, the Republicans will do whatever they can to avoid voting on a full ObamaCare repeal, or frankly, even a partial repeal. They have been and will continue to look for every excuse to slow the process, at least until fall. Just get to the fall.

If we don’t advance the big agenda items by fall of this year, they will likely never be done. This fall, yes this fall, begins yet

another election cycle – the 2018 midterms.

There is, I predict, no way on Earth you will get enough spineless Republicans to go along with something like repealing Obamacare, if it is put off until fall. Not with the threat of the Democrats and the media (one in the same) beating up vulnerable members of the GOP during an election season which could swing at least the Senate back to the left. This, if it gets to that point, will be the Republican leadership’s new-found excuse.

From the democrat perspective, this is manna from heaven. They and their allies in the media get to pontificate and condemn Trump on a minute by minute basis. It also has an added, although hidden benefit. Well, maybe it’s not so hidden.

They, the minority party in both Houses, have effectively, at least for a time, shut down the Trump agenda. Oh sure, things will get done, Executive orders signed, etc., but not a soul has spoken a word of Obamacare or tax cuts since Friday.

You may say – so what – that’s just a few days. The Republicans will get back on track with Trump’s legislative agenda soon enough.

Maybe or maybe not. It’s all in the way you look at it. Like a recovering alcoholic, perhaps the dems are taking it one day at a time. Just win the battle today and come up with another accusation to distract Trump and the right tomorrow.

They are very good at claiming scandal where there is none. Doubtless they have set up some sort of war-room, where operatives work only on “discovering” the next scandal. And so far, if this is their strategy, it appears to be working.

Update: I neglected to mention another option to avoiding doing the hard things like a full repeal of ObamaCare. A weak-kneed roll-out of ObamaCare-lite. Although there hasn’t been time yet to dissect the new proposal, you can bet it doesn’t resemble anything they have been promising us. I can’t wait to hear the tough-talking sales pitch of the watered down bill.