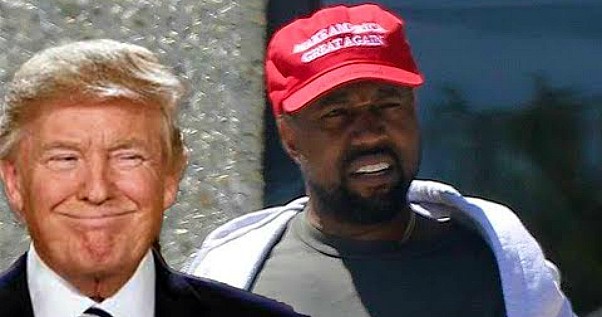 All should be impressed at Kanye West’s courage. West – like many who have no media clout) sees the obvious and is unafraid to speak truth to power, namely that today’s Democrat Party remains engaged in a form of slavery. It is a clever sort of slavery wrought for decades despite that the American Civil War ended nearly 175 years ago – a war fought by Republicans (led by Abe Lincoln) to free African-American slaves.

Since the Confederacy’s defeat on the battlefield in 1865, it’s taken too long for things to settle out — the Democrats put Jim Crow laws in place to keep their boots on the necks of black Americans. After Republicans passed new civil rights laws in the 1960’s,  America was getting reasonably close to genuine racial equity (in terms of opportunities) by the latter years of Archie Bunker’s All in the Family (a hugely popular 1970s era TV show whose honesty about race relations would prevent it from being aired in today’s primetime). But the Democrat Party was working tirelessly behind the scenes – with the support of the mainstream media – to roll back the clock to ensure Democrat hegemony over black Americans would resume.  Indeed, progressive-left Democrat opportunists – starting with (the racist – you could look it up) Lyndon Johnson — targeted black America along the lines of “… if we can’t control their bodies, let us control their minds…”.

Happily, 30-50 trillion wasted taxpayer dollars later (LBJ’s Great Society and its spawn) media luminary Kanye West is now joining many Americans (who may be black, white or whatever) who see the Democrats have been running a scam on black Americans for many decades. Kanye West, despite all the propaganda he’s been subjected to over the years in the entertainment biz, understands the obvious, namely that the Democratic Party still runs a plantation that holds slaves, just like always. The plantation is simply organized differently these days.

This leaves Kanye West – a man who commands big media – in the position where he could become, if he wanted, the long-awaited successor to Rev. Martin Luther King Jr. IOW, a new civil rights leader who would focus on encouraging all Americans, black or whatever, to get busy and succeed in an America that exists to help Americans succeed. An America that wants to give a hands-up to those who really need it while no longer abiding the institutionalized freeloading that is today’s plantation.

So kudos to Kanye West. I hope he’s brave and has staying power. I hope he understands that first-rate leadership is getting others to do something of value that would not have happened had it not been for that leadership. And that successful leaders often must face-down the animus of both strangers and friends, as well as suffer loneliness and even hate.  But America needs such brave leadership — and West is ideally positioned to provide it.

So step up Kanye! Be great — but don’t expect to be loved.