Can a Christian Justify Not Voting for Trump? 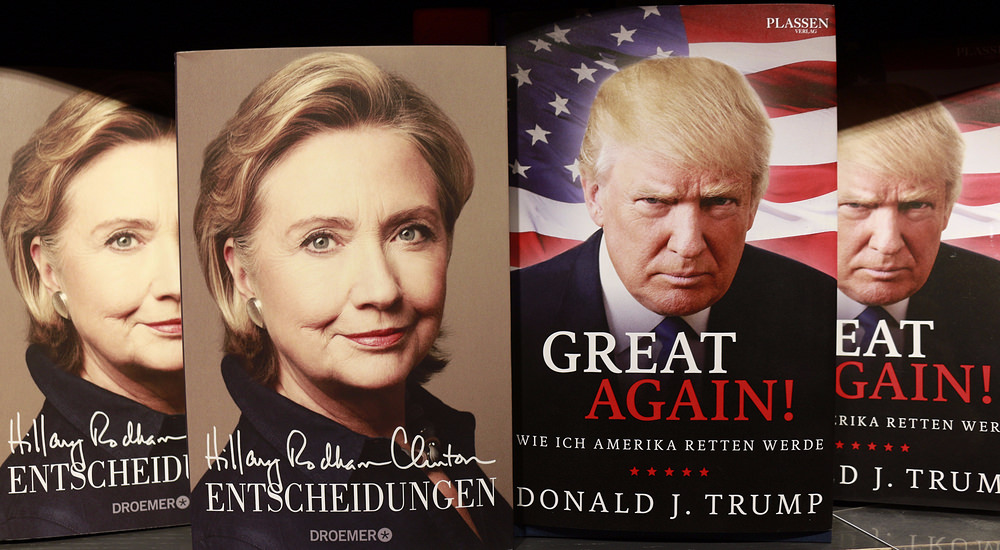 The convention and Trump’s nomination is just around the corner.  That will be the day to put away childish things like “Trump Derangement Syndrome” – especially for Christians.  Yes, I know all the “legalistic” reasons Trump doesn’t measure up to the Word of God, but after he is nominated, we will have a clear choice between different visions for America.

At the end of the day, any real Christian cannot fathom the globalist winning and the United States ceasing to exist.  Already, Judge Posner, appointed by Reagan declared the U.S. Constitution irrelevant.  He does not decide cases using the standard that’s been employed since the nation’s founding.  If Christians do not rise up this time, if we stay home because “our” candidate didn’t make the cut, then we must accept the responsibility the globalist wins, nominates globalists to the Supreme Court, and outlaws guns and Christianity.

Too many Christians have an apocalyptic vision for America.  Some Christians actually believe God should destroy America because of all the sin.  And these same people that believe the Antichrist and the mark of the beast are imminent, tend to think the End should  happen, and therefore, it makes sense to either stay home or vote for the virulent Anti-Christian globalist candidate.

But, many Christians have awakened to a different vision of the future.  We no longer believe “Shemitah” and blood moons signal the end.  Good things happen in the Year of Jubilee.  In 1967, Israel retook Jerusalem for the first time since the Year 70.  We take literally what Jesus said in Matthew 24:14.   Satan has had a free hand in this nation for the past five or six decades, but that is coming to an end. God is about to restore what the locusts have eaten.

But, Christians who’ve decided that if God doesn’t destroy America, He owes an apology to Sodom – that’s probably the toughest task to undertake because they immediately accuse you of having a bizarre theology or tell you to seek psychiatric help.

But, Trump won the confidence of 13 million primary voters, the most of anyone in the history of GOP primaries – including millions of votes from evangelical Christians.

Everything about God goes against conventional wisdom.

The Messiah is to be born?  Behold, a virgin shall conceive and bear a son and call him Immanuel because God is with us.  Is there a giant mocking the army of God? Send not a warrior, but a shepherd boy with a sling and five smooth stones.

Adonai is the God of the impossible.

So, if God wanted Ted Cruz to win the White House, does anyone seriously think He is incapable of pulling the right strings or manipulating turnout to make certain Cruz wins? Some Christians, however, don’t believe God puts people into office. They do not believe His prophets of old, not only advised kings, but actually installed them or pulled them down.

Besides, the God that got a virgin to conceive, the God that used a boy to kill a giant, that’s Biblical so they’ll believe it, but to put someone into the White House, good or evil? No, that’s not possible, they say.

But look, if God was unleashing judgment on America, then the globalists would not be freaking out right now. Everywhere you look, globalists are on the run in Britain, Italy, France, Holland, Iceland and Austria. (The Constitutional Court vacated May’s election due to massive voter fraud.) George Soros is angry and blames Angela Merkel for bringing in too many migrants too quickly and scaring the Brits into voting to leave the E.U.

Why would God call down judgment on the International Left?

Because God hates open borders, plots to eliminate nation-states, and the drive to put the whole world under the control of a single government. We as Christians should know that from the last time God visited this issue – back when everyone spoke the same language. But, if you need a more up-to-date reason, I offer Acts 17:26.

Consequently, I believe God is going to make America great again by crushing the serpent’s head and restoring this nation’s mission as the greatest evangelistic entity in the world. We were created for just such a time as this, I believe, to complete the great commission. Only America is capable (once the cabal now in office is vanquished) of evangelizing the whole world. The Internet will not be curtailed but used to spread the Gospel worldwide.

That and God intended for the U.S. to protect His land and His people in Israel.

That, of course, is bizarre to some Christians, especially to the few so dogmatic they assume since the scriptures have been written and compiled, the God of Israel no longer manifests His power. He no longer heals, He no longer performs miracles. He no longer takes an interest in the affairs of nations.

Be that as it may.

But, if God is using the simple to confound the wise (1st Cor. 1:27), and He has chosen a buffoon to lead this nation, I guarantee you he will not remain a buffoon.

Would that more Christians pulled their noses out of the Left Behind series and started paying attention to what’s going on around them.  And maybe they should remember that still, small voice just might be speaking to them individually, but they’re so caught up in their own thoughts, they’ll never hear it.

People without a vision perish.  Both Clinton and Trump have competing visions for America. It’s time to choose whose vision you’ll follow.