Can Catholics Impeach the Pope? 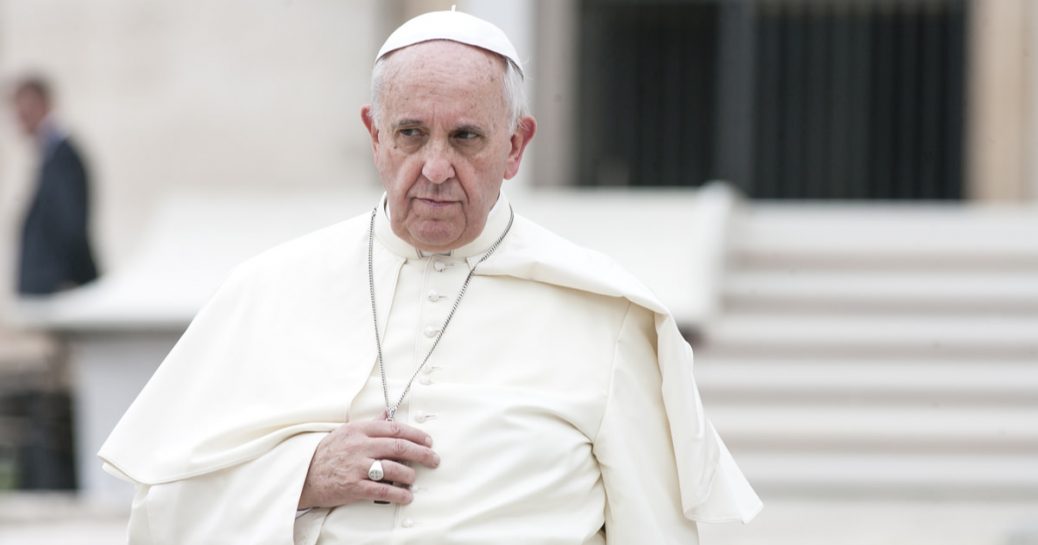 Not being a Catholic, I can say I am neither a particular fan, but certainly not a detractor of the Catholic faith. To me, it’s just one of many Christian faiths. In other words, although I am Christian, I have no skin in the Catholicism game, so I can write as an objective observer.

As an objective observer, I believe the Catholic Church has a serious problem. No – it’s not a problem of religion, faith, or the faithful – it’s a leadership problem.

Since he was installed in 2013 as the 266th Pope, we’ve known that Francis leaned a bit to the left. So much so that conservatives have written many articles dedicated to this topic. And that is unusual for mostly political authors to write about specific religions, other than citing them to make a point.

But I personally have written 2 or 3 articles and recorded a podcast regarding, not Catholicism or the Church, but of Pope Francis. Simply put, the Pope is at the very least, a leftist, and at worst, a communist. There is simply no way of sugar-coating it. He is a redistributionist and global warming fanatic, and has softened the Church’s stance on abortion and homosexuality. These are not merely political stances that can be tweaked over time. These are centuries-old Catholic traditions, as well as set-in-stone tenets of Christian faith.

“Just look at his new abortion policy, where he has instructed priests to absolve Catholic women of the sin for the next year, if they appear contrite. But Vatican officials claim it’s possible that the Pope may make the policy permanent.

This is not a political issue. If the Church believes abortion is murder, and they continue to absolve the flock, where do, or can, they draw the line? Will murdering her two-year-old be absolvable next?

Yes, I know that sounds absurd, but that’s the folly of compromise. Once you start, where, or how do you stop.

His stance on homosexuality is turning not only the traditions of the church, but the Bible upside down, as the Bible states that a man lying with another man is a an “abomination.”

Now, according to the American Spectator, the Pope is busy installing known Marxists  in positions of authority within the Church.

They write that, “Understanding the adage that personnel is policy, Pope Francis has been planting Marxists throughout the Church, including at the top of the troubled religious order to which he belongs. In 2016, the Jesuits, with the blessing of Pope Francis, installed as its general superior a Venezuelan, Fr. Arturo Sosa Abascal, whose communist convictions have long been known… In 1989, he signed a letter praising Fidel Castro.”

Now how could any Catholic, Christian, or any man (or woman) of God, have anything good to say about the mass-murdering Castro? But they add that Francis has installed known communists in many position of power at the Vatican, including the Council of Cardinals, Pontifical Academy of Social Sciences, and two commies charged with drafting his encyclicals. I wonder if they wrote the Pope’s global warming encyclical that he gave to Trump. Pretty likely, knowing that green is the new red.

I’m going to go out on a limb and state that communism and Catholicism, or frankly any religion, don’t make good bedfellows. In fact communism is the antithesis of any and all religion, assuming the religion is one who worships God and not the State.

During the presidential campaign last year, communist Bishop and good friend of the Pope, Marcelo Sanchez Sorondo, had high praise for the Democrat fossil from Vermont. “We invited the candidate who cites the Pope most in the campaign, and that is Senator Bernie Sanders,” explained Sorondo, who added that Sanders’s agenda is “very analogous to that of the Pope.”

It appears, at least to me, that Pope Francis and his Marxist acolytes are treating the Bible much like the Marxists in the Democrat Party treat the Constitution – that both are living breathing documents capable of change and reinterpretation.

This is a perilous road the Catholic Church is being led down. Given sufficient time and space, Pope Francis and his communists minions will ruin a once great religion.

I don’t know much about Catholicism, but those who do might want to look into impeachment of the Pope. Is that even possible?